Whiskey matures growth beyond the US 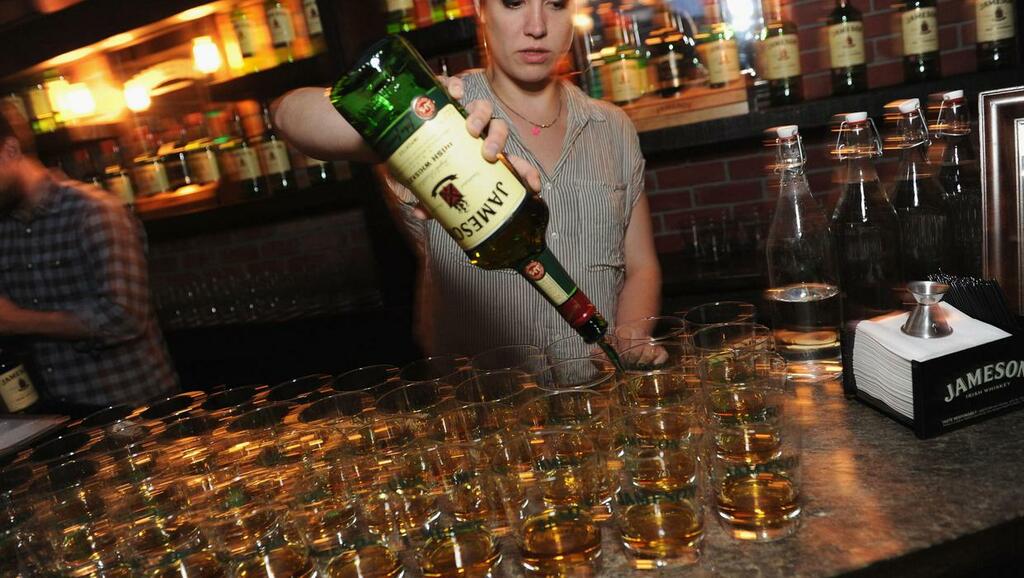 When Irish Distillers announced it had sold 8.6 million cases of its famous Jameson brand over the year up to the end of June, the Pernod Ricard-owned company was not alone in raising a toast to Irish whiskey's global growth over the past decade.

Buoyed by the success of growing sales from less than five million cases in 2010 to 11.4 million in 2020, domestic and international companies continue to back the golden liquid to continue its irresistible march. Over €1.5bn has been invested in Irish whiskey between 2010 and 2020 — a sign that investors near and far have high hopes.

Last week, Berlin-based Private Pier Industries, the owner of Grace O’Malley and Proclamation whiskey brands, said it is to establish a new €4m whiskey maturation facility in Co Louth — part of a €24m investment in the Irish sector.

A large part of the success of Irish whiskey has been the boom in popularity seen in the US. In 2020, the States accounted for over 4.9 million nine-litre cases, or around 43pc, of Irish whiskey sales globally — the largest market by some distance.

But just how reliant is the future success of the Irish whiskey sector on sales across the Atlantic?

For William Lavelle, head of the Irish Whiskey Association (IWA), the growth outside the US is causing excitement for several brands — not just Jameson. He pointed out that from 2016 to 2019 the percentage of Irish whiskey sales annual growth accounted for the US market fell from 58pc to 32pc  — a sign that more markets outside the US are demanding the sector’s wares.

“The Irish Whiskey Association assesses that Central and Eastern Europe (Germany to Russia and everything in between), Canada and Australia will continue as strong growth engines; joined by rapidly growing emerging markets in Asia and Africa.”

For many years, Conor McQuaid, Irish Distillers’ chairman and CEO, said the firm had embarked on a strategy of “globalising” the Jameson brand, now one of the top five international whiskey brands. It increased efforts in “non-traditional markets” with success in Nigeria, India, Brazil, Ukraine, Poland and China.

Despite the success, McQuaid said Irish Distillers was under-represented in Africa, Asia and Latin America compared to Europe, North America and Australia.

He pointed to the potential in markets including Japan, Brazil and Mexico. Once Irish Distillers had the “correct momentum in Jameson”, McQuaid added it could then further develop the broader portfolio of brands through the introduction of Powers, Redbreast, Midleton and the Spot Whiskeys.

“Premiumisation and innovation are critical to the future success of the Irish whiskey category as a whole,” he said.

Canada has proven to be one of Walsh Whiskey’s most promising markets. The application of the Comprehensive Economic and Trade Agreement (CETA) between the EU and Canada since 2017 has seen provincial levies reduced. It has also “turbo-charged” growth, helping Walsh grow sales of Writers’ Tears there by 84pc between 2017 and 2020.

Other significant markets for Walsh include Australia, New Zealand, South Africa and Ukraine. It is also actively seeding and developing new markets in Eastern Europe, the Middle East, and Asia.

Despite the rise of these markets, Walsh said growth in the US remained strong.

“The US market is similarly important to Writers’ Tears and The Irishman as it is to the entire Irish whiskey category,” he said. “It is the largest market, so naturally how it fares is of great importance, however that importance is being diluted slightly with every passing year as other markets for Irish whiskey begin to mature and open up.

"From the perspective of Writers’ Tears and The Irishman we are not experiencing any slowing down in demand, in fact we are picking up momentum in the US year-on-year and well ahead of 2019 levels.”

Costerg said growth in emerging markets is “very important”, with plenty of room for craft brands to “present their product offering” as awareness grows.

Despite this, he was keen to point out the importance of the US to its brand. In June, Costerg said that Lambay set up its distribution company with US partners, describing it as a “strong sign of how important and critical this market is for our company”.

Like Costerg, McQuaid was keen to point out the enduring importance of the US market for brands across the category. While emerging markets for Irish whiskey continue to flourish, the fact Jameson sold four million cases in the US representing volume growth of 19pc in the year to the end of June highlights just how important sales remain in the States.

“Although this is a highly competitive market with no lack of competition, we continue to invest in the US to support the future growth that we believe is achievable for our entire portfolio,” he said.

“The interest in Irish whiskey in the US exists in parallel to the success of the American whiskey industry and indeed other brown spirits which have an enduring popularity among US consumers.”