‘We are seeing a lot of premium brands, sports cars… convertibles have become extremely popular’ 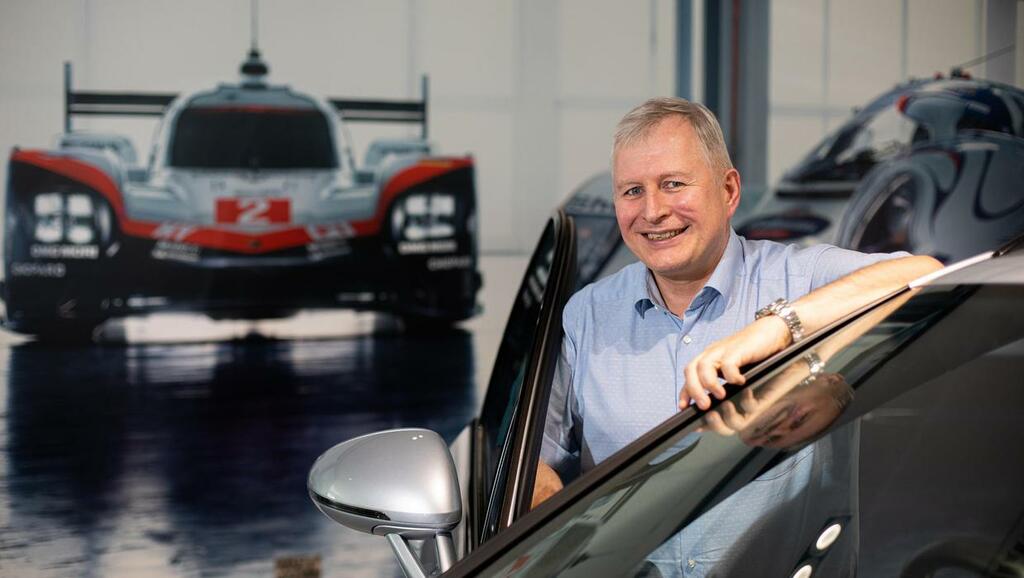 Pandemic lockdowns closed car dealerships for much of last year and in April 2020 just 1,338 new private cars were licensed according to the Central Statistics Office, less than a tenth of the prior April’s figure, as the economy was put into a coma.

Since dealerships reopened in May, things have turned up, and with Irish consumers sitting on a glut of lockdown savings, Gavin Hydes, the chief executive of Joe Duffy Group, says he has seen a change in spending patterns as people shake off those lockdown shackles.

With 21 dealerships employing over 500 people, the company is at the forefront of the car industry in Ireland. It sells a range of cars including a number of upmarket brands such as BMW, Land Rover, Jaguar and Porsche.

Joe Duffy Group had spent €35m on new premises in Dublin and Limerick in 2019 only for the pandemic to strike the following year.

“We are seeing – just after coming out of Covid and the pent up demand – a lot of premium brands, sports cars, people treating themselves. Convertibles have become extremely popular and have been for a while,” Mr Hydes said.

While the industry reopening in May has brought customers back into dealerships after a period during which sales could only be transacted online – an experience far removed from the personal touch and showroom experience – Covid isn’t yet finished.

A shortage of semiconductor chips which act as the ‘brain’ of modern cars means that automakers have had to cut production.

Toyota, the world’s largest carmaker, has cut production by 40pc and recently Mercedes, VW and BMW have all warned that Covid and supply chain-induced shortages could last into 2023.

This has had an impact “on everyone”, says Mr Hydes.

“We expect strong demand but that demand is going to be offset by the…product not being there,” he says.

But the shortages are having an impact on availability of models and specifications, says Mr Hydes.

As it continues, “you may see that some cars are offered without some technology factors, as a way of speeding up production”.

“When people went back to consuming, the product wasn’t there, [and] there has been a release of pent-up demand. While we have had a [post-Covid] recovery, I think the recovery would be stronger if there was more product on the shelves,” he says.

So how did the online experience work out in a business that is so dependent on personal contact and the displays of sleek models in the showroom environment?

Mr Hydes doesn’t expect the remote shopping model to become the norm for the car industry, despite successes during the lockdowns.

“We became accustomed to operating our business digitally and dealing with customers remotely, the way we communicated changed due to Covid. We found people bought cars without visiting us physically,” the Glasgow native says.

“I suspect a large majority of the initial customer journey starts online, but very small [numbers] transact online. I’d say its 5-6pc, about 95pc of people are dealing physically.”

One area that Joe Duffy has invested in is the used car market, where it bought used-car supermarket business Zucar which sells online.

The other major implication from the shortage of semiconductors is that “it means if people can’t buy a new car they might buy a nearly-new car so it will push up the desirability of nearly-new cars,” according to Mr Hydes.

“We think it will have an impact on residual value strengthening,” he said.

While the pandemic lockdowns may have shuttered the showrooms, there were other strands of the business that kept going.

Mr Hydes had experience of steering the group through Ireland’s financial crisis.

During various different cycles and recessions, people occasionally put off buying a car, he says, “but what they don’t stop doing is repairing and maintaining their car”.

“What we gained from the [2008] recession was ‘invest in the parts of the business that are more robust’, and we found service, maintenance, repairs, that was more robust.

“The business diversified so we weren’t solely reliant on people making big capital investments in cars.”

The other key elements are “grow scale, keep your costs down and look after your customers”, he says.

“We bought well in a difficult period of time. Over the past years we have added a couple of businesses each year.”

In the past two years alone, the company has bought six businesses and increased its headcount by about 200 in the process.

The expansion has occurred during a “significant” amount of consolidation in the sector, he says.

“The number of retailers has dropped and the retailers have become bigger. Consolidation is probably not as pronounced in Ireland as it is in other European markets… Ireland has a mix of family businesses and regional dealer groups,” he says.

He believes that trend will continue.

“There will be less single mom and pop shops. Regional dealer groups and bigger businesses benefit from economies of scale because of the complexity of the business and also the capital investment is very high.”

Joe Duffy Group will be part of that process, according to Mr Hydes.

“The company is naturally very acquisitive and if opportunities come available we will hope to do that.”

Earlier this year it was reported that the company has bought out the minority shareholders in the group for an undisclosed amount. This leaves Mr Hydes with a majority shareholding in the business.

But just because they have been through the financial crisis a decade ago and now Covid, it  doesn’t mean the car industry is finished with dramatic challenges.

The next one marks a fundamental shift as we move from a petrol and diesel-driven future to an electric one.

The increasing range of electric cars on the market now means they are a “viable alternative” for most families, particularly in Dublin, Cork, Limerick, Galway, Mr Hydes says.

“I think more people would go electric vehicle (EV) at the moment if the supply was there. EVs are probably 6-7pc of what is sold in the market,” he says.

That transition is however going to need a whole lot of new infrastructure across the country to support the use of electric vehicles.

“The vast majority of people will charge their car at home. Certainly, rural Ireland is going to need [more] infrastructure,” he adds.

With Covid-19 resulting in increasing numbers of people opting for staycations, Joe Duffy Group has seen “a lot of demand in hotels for people to have access to chargers with staycations, and in some of our business we supply that to local hotels”.

While demand for electric vehicles has increased, Mr Hydes says that “more people are buying hybrid than [full] EVs” and notes that customers are “not ready for a full electric vehicle experience” just yet.

The Government has set a target of a million electric vehicles on the roads by the end of the decade.

Even as demand for electric increases, the days of the petrol and diesel are not completely over, says Mr Hydes.

“I think we have a good 10 years of combustion engines still being the majority of the cars.”