The legal feud has been dubbed the "WAGatha Christie" case, a reference to the "WAG" moniker given to the glamorous group of footballers' wives and girlfriends, and to the renowned author of detective novels, in honour of Rooney's amateur sleuthing.

Their courtroom bust-up has attracted similar level of fascination and media attention to any of their husbands' soccer games.

Wayne Rooney holds the record for the most international goals for his country, while Rebekah Vardy's husband Jamie has been one of the top scorers in the English Premier League in recent years, also playing and scoring for the national side.

Both women are well-known figures in their own right -- Coleen Rooney, 36, has 1.2 million followers on Twitter and almost 925,000 on Instagram -- and the libel case has lifted the lid on the glittering and less flattering aspects of the lives of rich and famous soccer stars and their families.

Explaining her decision, Mrs Justice Steyn wrote the "reveal post" was on a matter of public interest, "namely the undesirable practice of information (in the nature of mere gossip) about celebrities’ private lives being disclosed to the press by trusted individuals".

She continues: "I also accept that Ms Rooney believed, having given several warnings on her private Instagram account, as well as a public warning, that it was in the public interest to publish the Reveal Post.

"However, I do not accept that the belief was reasonable in all the circumstances. In particular, it was not reasonable to believe that it was in the public interest to publish the Reveal Post without taking any steps to put the allegation to Ms Vardy and give her an opportunity to respond.

"It is no answer to that point that Ms Rooney anticipated that Ms Vardy would deny the allegation.

"For the reasons that I have given, the claim is dismissed."

She added; “The evidence analysed clearly shows, in my view, that Ms Vardy knew of and condoned this behaviour, actively engaging in it by directing Ms Watt to the private Instagram account [of Coleen Rooney], sending her screenshots of Ms Rooney’s posts, drawing attention to items of potential interest to the press, and answering additional queries raised by the press via Ms Watt."

"Aside from one occasion when Mr Jones was given access for a day, only Ms Vardy and Ms Watt accessed her account and Ms Vardy knew that was the case."

Reacting today, Coleen Rooney said “naturally” she is “pleased” that the judge has ruled in her favour today.

Mrs Rooney said it was not a case that she ever “sought or wanted”.

"I never believed it should have gone to court at such expense in times of hardship for so many people when the money could have been far better spent helping others,” she said.

"Both before and after my social media posts in October 2019, I made every effort to avoid the need for such a drawn out and public court case. All my attempts to do so were knocked back by Mrs (Rebekah) Vardy.

"This left me with no alternative but to go through with the case to defend myself and to end the repeated leaking of my private information to The Sun.

"These leaks from my private Instagram account began in 2017. They continued for almost two years, intruding on my privacy and that of my family. Although I bear Mrs Vardy no ill-will, today's judgment makes clear that I was right in what I said in my posts of October 2019.

"Finally, I would like to thank all of my legal team, my family, friends and everyone who supported me, including the public, through this difficult and stressful time."

The intrigue began almost three years ago when Rooney became suspicious about stories appearing in the Sun tabloid involving information she had put on her personal Instagram account. She turned detective to try to find out who the culprit was.

She said she blocked everyone from viewing her account except one person and then posted a series of false stories to see whether they leaked out, which she said they had.

She wrote on her social media accounts that only one person had viewed the false stories, concluding with the dramatic revelation: "It's ... Rebekah Vardy's account."

"I didn't leak anything," Vardy told the High Court in London during hearings in May.

Vardy, who says the result of Rooney's public outing was that she and her family had received abuse and threats, has accepted that her agent Caroline Watt might be responsible for the leaks, but denies instructing her to do so.

The court was shown message exchanges she had with Watt, which included some derogatory remarks about Rooney, while Rooney's lawyer says Vardy had deleted other media files and WhatsApp messages.

Meanwhile Watt's phone ended up at the bottom of the North Sea after she accidentally dropped it over the side of a boat.

"Like any good detective story, you never find the person responsible standing over the body with the smoking gun in her hand," David Sherborne, Rooney's lawyer, told the court.

Meanwhile, giving her reaction this afternoon, Rebekah Vardy said that she was “extremely sad and disappointed at the decision the Judge has reached.

“I brought this action to vindicate my reputation and am devastated by the Judge’s finding.”

Mrs Vardy said she wanted to thank everyone who was supported her.

In February of that year, in a tearful appearance on ITV’s Loose Women, Ms Vardy said the stress of the dispute caused her to have severe anxiety attacks and she “ended up in hospital three times”.

Ms Rooney released a statement saying that she did not want to “engage in further public debate”.

In June of that year, it emerged that Ms Vardy launched libel proceedings against Ms Rooney.

Ms Vardy’s lawyers alleged that she “suffered extreme distress, hurt, anxiety and embarrassment as a result of the publication of the post and the events which followed”.

Then, a series of explosive messages between Ms Vardy and her agent Caroline Watt – which Ms Rooney’s lawyers allege were about her – were revealed at a preliminary court hearing in February of this year.

The court is told Ms Vardy was not referring to Ms Rooney when she called someone a “nasty bitch” in one exchange with Ms Watt.

In April, the court was told Ms Watt is not fit to give oral evidence at the upcoming libel trial.

The agent revoked permission for her witness statement to be used, and withdrew her waiver which would have allowed Sun journalists to say whether she was a source of the allegedly leaked stories.

He argued that a new witness statement submitted by Ms Vardy suggested Ms Watt was the source but Ms Vardy claims she “did not authorise or condone her”.

Ms Vardy’s lawyer, Hugh Tomlinson, said the statement did not contain “any change whatever in the pleaded case”, with her legal team having no communication with Ms Watt.

On May 10, Ms Vardy and Ms Rooney came face-to-face in court as the trial of their libel battle takes place at the Royal Courts of Justice in London before Ms Justice Steyn. Both women give evidence, as revelations from the case made daily headlines in the press.

For three days Ms Vardy was put through her paces by Ms Rooney’s legal eagle David Sherborne, who repeatedly accused Ms Vardy of “lying” under oath.

“You are making this up aren’t you Ms Vardy?” and “That’s a lie isn’t it?” he stated on numerous occasions.

“No I am absolutely not lying,” Ms Vardy replied, while at one change tact, which Mr Sherborne capitalised on.

“I’d much rather you are honest because you are sitting in a witness box in a trial,” Mr Sherborne retorted. 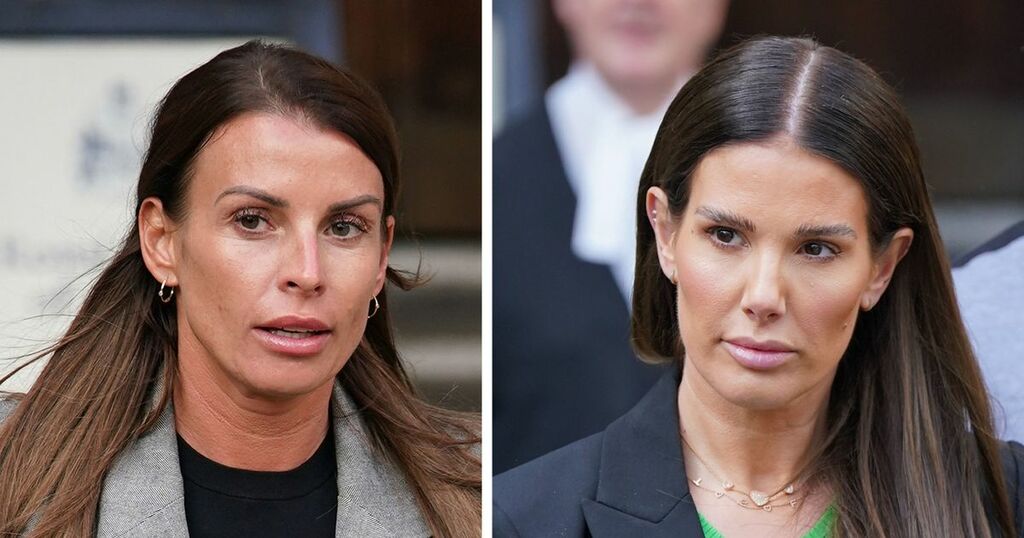 Chronicle Live
From analysis to the latest developments in health, read the most diverse news in one place.
Rebekah Vardy loses Coleen Rooney libel battle in 'Wagatha Christie' case

The hand down took place remotely, meaning nothing happened in court.

Mrs Justice Steyn ruled that Rooney's post was "substantially true" and that Vardy "knew of, condoned and was actively engaged"…