US teenager Kyle Rittenhouse cleared of all charges in Kenosha shootings

By By Scott Bauer, Associated Press 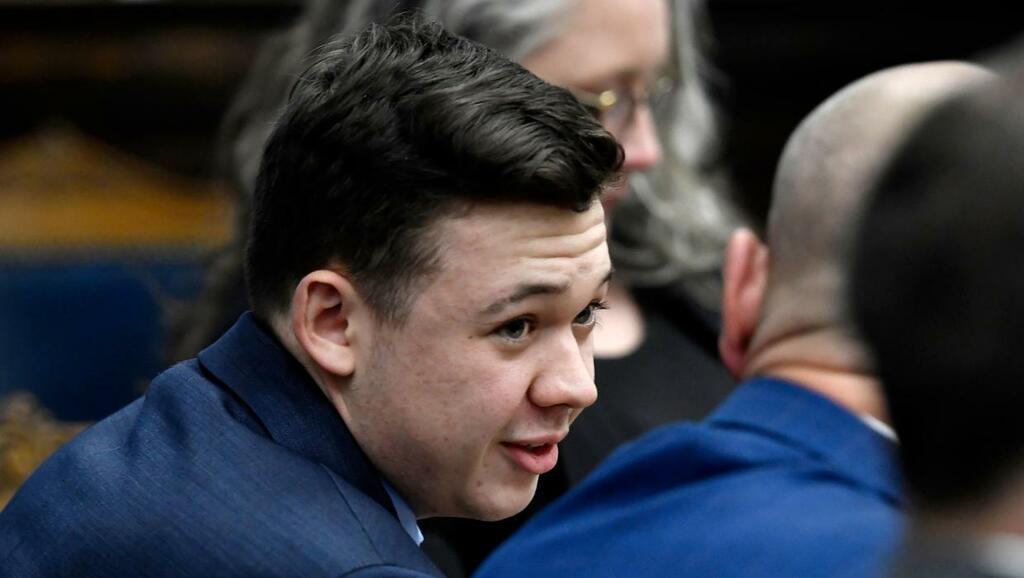 US teenager Kyle Rittenhouse has been acquitted of all charges after pleading self-defence in the deadly shootings in Wisconsin that became a flashpoint in the nation’s debate over guns, vigilantism and racial injustice.

The jury came back with its verdict after close to three-and-a-half days of deliberation.

Rittenhouse, 18, could have been handed life in prison if found guilty of the most serious charge against him.

He was charged with homicide, attempted homicide and recklessly endangering safety for killing two men and wounding a third with an AR-style semi-automatic rifle in Kenosha.

The shootings took place during a night of protests over police violence against black people in the tumultuous summer of 2020.

Rittenhouse was 17 when he went from his home in Antioch, Illinois, to Kenosha after businesses in the city were ransacked and burned over the shooting of a black man, Jacob Blake, by a white police officer.

Carrying a weapon that authorities said was illegally purchased for the underage Rittenhouse, he joined other armed citizens in what he said was an effort to protect property and provide medical aid.

Prosecutors portrayed Rittenhouse as a “wannabe soldier” who had gone looking for trouble that night and was responsible for creating a dangerous situation in the first place by pointing his rifle at demonstrators.

But Rittenhouse testified: “I didn’t do anything wrong. I defended myself.”

Breaking into sobs at one point, he told the jury he opened fire after Mr Rosenbaum chased him and made a grab for his gun. He said he was afraid his rifle was going to be wrestled away and used to kill him.

Mr Huber was then killed after hitting Rittenhouse in the head or neck with a skateboard, and Mr Grosskreutz was shot after pointing a gun of his own at Rittenhouse.

While some Americans condemned Rittenhouse as a vigilante, some on the right hailed him as a hero who exercised his Second Amendment gun rights and tried to put a stop to lawlessness.

While the verdict in Kenosha will leave many Americans feeling angry and concerned, myself included, we must acknowledge that the jury has spoken. My full statement: https://t.co/mx51kR6ZUh

Later, Joe Biden released a statement on the acquittal of Rittenhouse.

The US President said: “While the verdict in Kenosha will leave many Americans feeling angry and concerned, myself included, we must acknowledge that the jury has spoken. I ran on a promise to bring Americans together, because I believe that what unites us is far greater than what divides us.

“I know that we’re not going to heal our country’s wounds overnight, but I remain steadfast in my commitment to do everything in my power to ensure that every American is treated equally, with fairness and dignity, under the law.

“I urge everyone to express their views peacefully, consistent with the rule of law.

“Violence and destruction of property have no place in our democracy. The White House and federal authorities have been in contact with Governor Evers’s office to prepare for any outcome in this case, and I have spoken with the Governor this afternoon and offered support and any assistance needed to ensure public safety.”