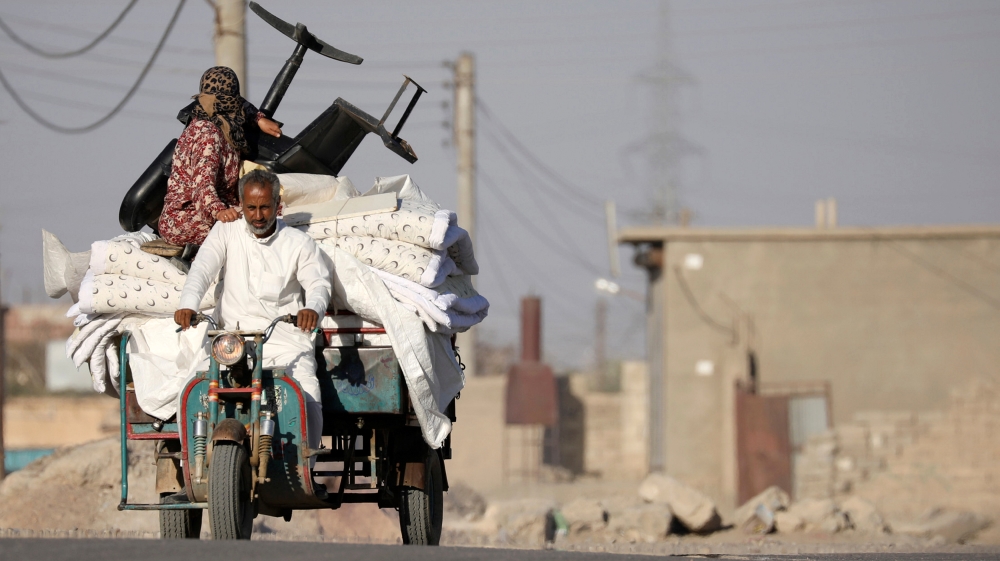 US-led coalition raids on Raqqa in northern Syria have killed 29 civilians over the past 24 hours as American-backed forces battle the Islamic State of Iraq and the Levant group, a monitor said on Tuesday.

The Britain-based Syrian Observatory for Human Rights said nine women and 14 children had been killed in coalition air raids on Raqqa city since Monday evening.

It said 14 of the dead were members of one family, who had fled to Raqqa from Palmyra.

The death toll could rise because of the number of critically wounded, it added.

A US-backed Arab-Kurdish alliance is battling to overthrow ISIL, also known as ISIS, from Raqqa, its main Syrian stronghold, and has taken around 45 percent of the city.

A spokesman for the US-led coalition could not immediately be reached for comment. The coalition has previously said it strenuously tries to avoid civilian casualties and investigates all reports that its strikes have killed civilians.

The coalition said in July that its strikes had killed at least 600 civilians in both Iraq and Syria since it began operations in 2014, a figure that is far lower than those given by independent monitors.

The opposition-affiliated Ghouta Media Centre said one civilian was killed and several others injured under government shelling and air strikes.

Rebels and other witnesses said shelling and air strikes increased on Monday and the bombardment was at its heaviest in a two-month Syrian army campaign.

People had retreated to shelters, one resident said, noting that at least five buildings had collapsed under the shelling in two days.

Many locals have left the area over recent weeks because of the bombardment and, even under military assaults, they will still be able to do so, the resident said.

"This isn't Aleppo, where people were surrounded. Ghouta is a bigger space and the towns are more open to each other. No town is surrounded."

However, there was little movement between Eastern Ghouta towns because of fighting over territory between rival rebel groups who control that area.