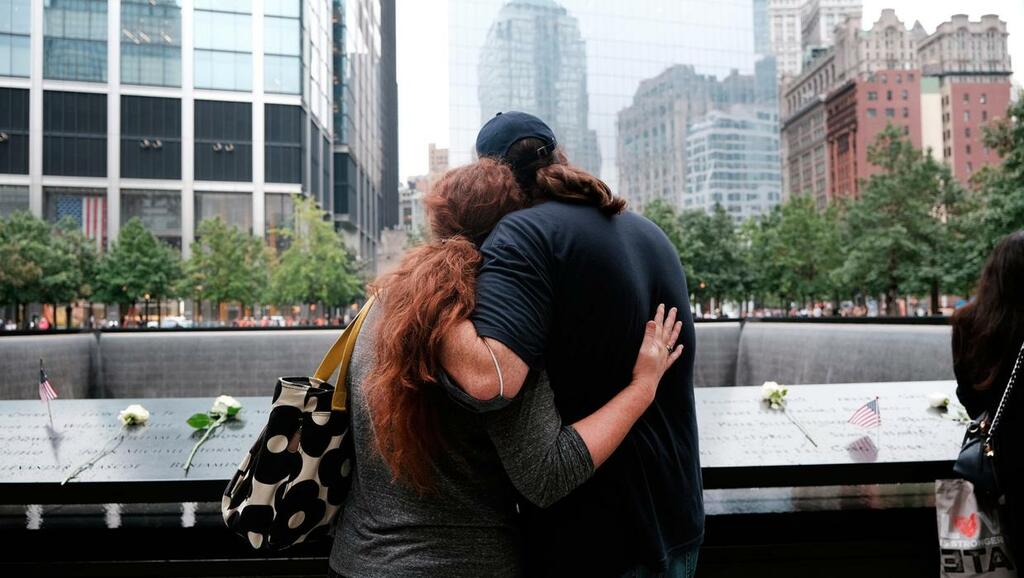 The families of 9/11 victims have criticised the pace of New York medical examiners’ efforts to identify remains of the missing, with nearly 40pc of those killed still unaccounted for.

“As far as I can tell, they are identifying about one person every year or so,” said Sally Regenhard, whose son was the youngest firefighter killed that day. “At this rate, it will be 1,000 years before we have answers. So many have already died waiting.”

Shifting through the charred debris for traces of the missing has been the largest and most complex forensic investigation in US history.

What was recovered from Ground Zero was mostly tiny bone fragments degraded by jet fuel from the hijacked planes and other chemicals released from the collapsed buildings.

When the medical examiner’s office in Manhattan began its work, it gave its word to the families to do “whatever it takes for as long as it takes”.

And while testing has continued over the decades, the dedicated team has thinned to just four people and progress has ground to a near-complete stop since the Covid-19 pandemic.

The examiner’s office announced the identification of two new victims this week. Before that, however, the last big breakthrough was back in 2018, which saw staff using new testing methods to identify Scott Michael Johnson, a 26-year-old who worked on the 89th floor of the South Tower.

Ms Regenhard is among those still waiting for answers.

How did her son, Christian, die? Where did he die? And where is his body?

Christian was only six weeks on the job when he was sent to the site. Just 28, he was the youngest of the 343 firefighters killed.

His mother has nothing to remember him by now but fading photos and a handful of mementos he brought back from his travels in Latin America. No grave, no body, not even a single speck of remains.

“If there is no evidence a person has died, is there evidence that they ever lived?” Ms Regenhard asked.

She never did learn any more from the station about which building he had been assigned to or whether he had even been in the towers at the time.

None of Engine Company 279’s firefighters made it home to help fill in the blanks.

“No one called me to tell me what happened to him,” she told The Daily Telegraph.

“To this day, I still do not know where he was, what he was sent to do.”

Ms Regenhard gave the chief medical examiner her son’s toothbrush and razor blade years ago in the hope that they would find a DNA match with any of their 22,000 fragments. They never did.

Over the years, the minute particles have been tested and retested – some up to 20 times – in an excruciatingly laborious process.

Mark Desire, the agency’s assistant director of forensic biology, said roughly 150 DNA profiles are made each year, but most end up matching previously identified 9/11 victims, while others draw no matches.

He warned that the prospect of positively identifying every last victim is impossible.

The family of Lieut Jim McCaffrey, of New York City Fire Department (FDNY), also gave the agency the toothbrush of his brother-in-law Orio Palmer, a firefighter, who is among those whose body was never recovered.

Lieut McCaffrey searched for weeks through the rubble, finding wallets, scraps of police uniforms and firefighters’ “turnout gear” that helped identify a number of missing servicemen, but nothing of Orio’s.

Battalion Chief Palmer’s wife, Debbie, made the decision to stop waiting for the call from the medical examiner’s office. She buried a vial of her husband’s blood, which had been taken by his station for testing some months before his death, in a plot in Long Island.

“It gave us a small bit of comfort,” she said.

Unlike the Regenhard family, the McCaffreys know exactly where Orio was when he died. They have audio of his final minutes from recorded radio communication. The 45-year-old was the first rescuer to make it up to the 78th floor of the North Tower. The sight of a firefighter all the way up at the point of impact gave the injured a few minutes’ of hope.

But that is not true for everyone. Some have made peace with not knowing, others are plagued by the grief that comes with uncertainty.