By Mark Burton and Jack Farchy 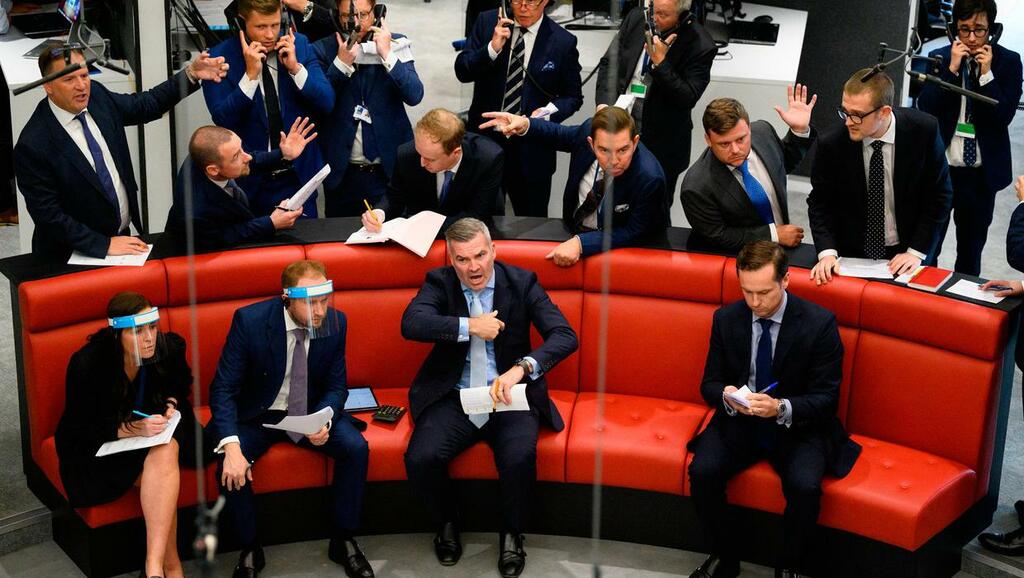 London's metal brokers have been out buying suits and train passes before the city's iconic open-outcry trading floor reopens this week. But the future of "the Ring" remains so uncertain that at least one dealer is keeping the sales tag on his jacket, just in case.

After 18 months away, brokers returned yesterday to the red leather couches of the London Metal Exchange's floor, where they set benchmark prices of metals such as copper and aluminum by screaming orders at one another.

Traders said they feared volumes would be sharply lower than before the Ring was closed last year as Covid-19 spread through the city. And the raised voices and close quarters mean an outbreak on the floor remains an ever-present threat.

Since its origins in the 19th century, the LME's trading floor has survived world wars, calamitous bankruptcies, rogue-trading scandals and a swell of electronic trading that's made most of its rivals obsolete. But the pandemic has proven the greatest threat yet to the Ring's existence, and floor traders and industrial users had to lobby hard to persuade the LME to reopen it at all.

Even so, the anticipation of returning to the Ring's frenetic high-stakes shouting matches was tinged with worry that there won't be much shouting to do. The LME announced in June that the traders will now only be responsible for setting "official" prices around lunchtime. Closing prices, which they'd also set in the past, will stay electronic.

"The single most important thing about bringing the Ring back today is ensuring the continuing quality of the official prices," Matthew Chamberlain, chief executive of the London Metal Exchange, said by phone. "Clearly the Ring dealers have done a great job; they've picked up where they left off, and our guys down there really feel that there was liquidity."

However, the change is likely to mean a sharp reduction in the amount of trading that takes place on the floor and one broker has already quit the Ring.