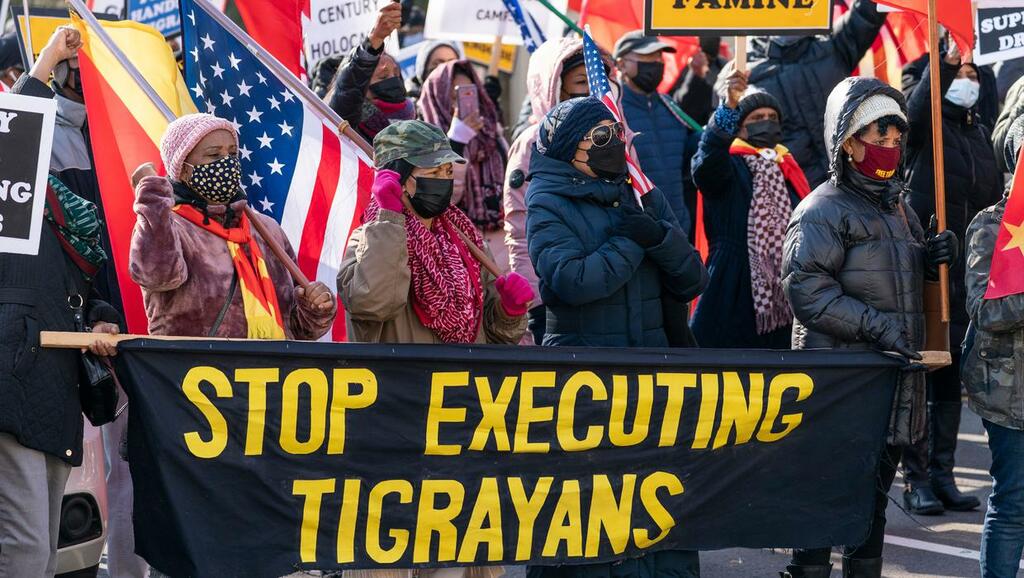 An airstrike in Ethiopia’s embattled Tigray region has killed at least 56 people at a camp for displaced people, a spokesman has said.

“Another callous drone attack,” Getachew Reda tweeted, saying the civilians had fled the conflict elsewhere in the region only to become the latest victims of recent airstrikes that have reportedly killed scores of people in Tigray.

Spokespeople for Ethiopia’s government and military did not respond to requests for comment on the airstrike, which could not be independently confirmed.

Another callous drone attack by #AbiyAhmed in an #IDP camp in #Dedebit has claimed the lives of 56 innocent civilians so far. The saddest part of the story is the victims are people displaced from #WesternTigray by the regime’s genocidal campaign. Double jeopardy at its worst!

Much of Tigray remains cut off from the world, with limited communications for humanitarian workers who have found their work severely constrained by a months-long government blockade.

Reports of the airstrike at the camp in Dedebit in north-western Tigray came a day after Ethiopian Prime Minister Abiy Ahmed issued a message of reconciliation for Orthodox Christians after 14 months of war.

Ethiopia’s conflict shifted in late December, when the Tigray forces fighting Ethiopia’s government withdrew back into the Tigray region after approaching the capital, Addis Ababa. A drone-supported military offensive pushed them back.

The UN’s humanitarian agency reported late last month that between December 19-24, “airstrikes on Tigray reportedly led to mass civilian causalities, including dozens of people reportedly killed, making this the most intense series of air attacks and casualties reported since October”.

It said most attacks and casualties were reported in towns in southern Tigray.

The United Nations refugee agency reported on Thursday that an airstrike killed three Eritrean refugees, two of them children, the previous day at the Mai Aini camp.

Ethiopia’s government on Friday announced an amnesty for some of the country’s most high-profile political detainees, including senior Tigray party officials.

Ethiopia’s Ministry of Justice said the amnesty was granted “to make the upcoming national dialogue successful and inclusive”.

Ethiopian politicians last month approved a bill to establish a commission for national dialogue amid international pressure for negotiations to end the war.

It is estimated that tens of thousands of people have been killed in the war that erupted in November 2020 between Ethiopian forces and the Tigray forces who once led the country.