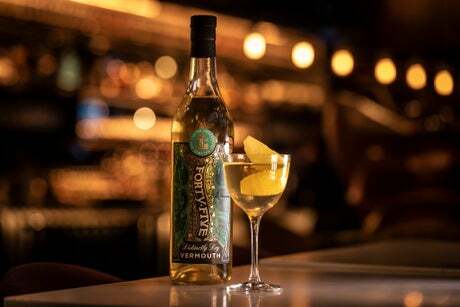 Evening Standard
Where do the Italians go on holiday? 10 hidden gems

From Abruzzo to Veneto, glorious but lesser-known beauty spots beloved by Italian holidaymakers

Irish Independent
Best hotels in Milan 2022: Where to stay for style, glamour and comfort

Our pick of the hottest digs in town

Football London
Get all your news in one place
Latest World news: 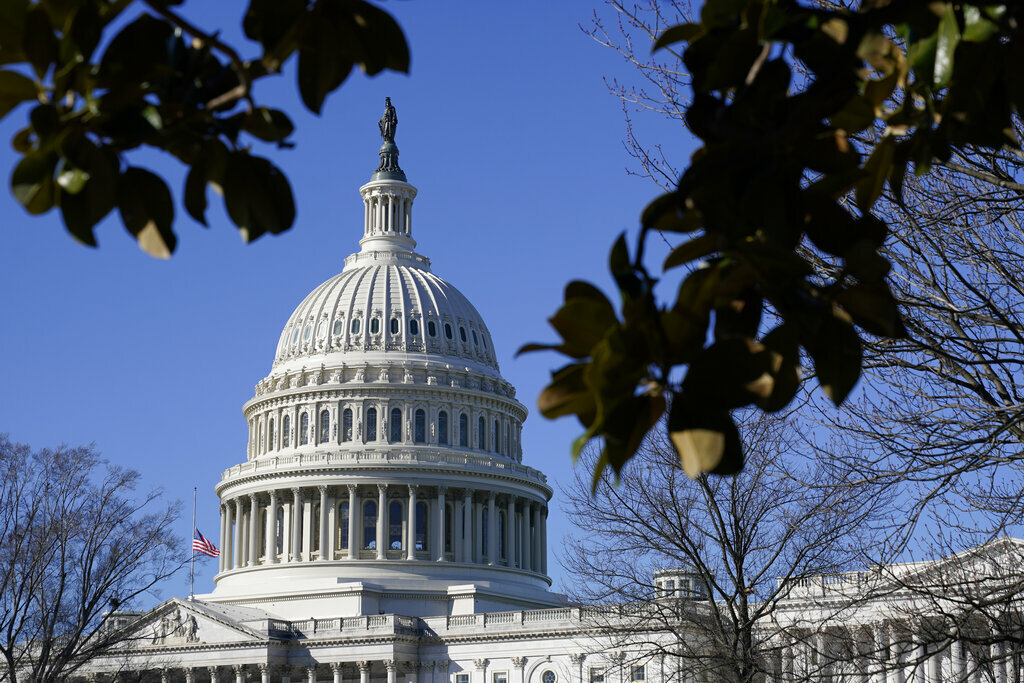 The Guardian - US
From analysis to good news, read the world’s best news in one place
US offers ‘complete backing’ for NATO bids by Sweden and Finland

Al Jazeera
VIDEO: War In Ukraine: Russians Wipe Out Howitzers Sent From USA In Latest Strikes
This video shows Russian missiles whizzing towards a tract of woodland just a stone’s throw from a residential area in…

The GastroGays guide to Turin: Italy’s Eurovision city is a must for food lovers

By Russell Alford and Patrick Hanlon

Eyes, ears and screens will be tuned to Turin this weekend as the city dazzles in opulent Italian style as a first-time host of the Eurovision Song Contest.

The annual spectacle of song, dance and cultural expression (never political expression… much) darts from city to city annually and, this year, the wind machine blows it back to Italy for the first time in more than 30 years. To host, the Italians chose their first capital, Turin. We made our way to Torino on an advance visit, and we’re back here again this week, so if glimpses of the city during the broadcast tempt future travels, here’s where to explore in a royal city at the foot of the Alps.

Rome, for all its ancient beauty and grandeur, was not Italy’s first choice as capital, nor its second. Turin was the first capital city of a unified Kingdom of Italy in 1861, so you’ll find a city similar in size to Dublin appointed in all manner of resplendent residences and palaces, its historical buildings and museums heaving with artwork and lavish goods of a bygone time, while the luxe cafés on its piazzas are still serving royally favoured recipes.

Under the ruling seat of the Duchy of Savoy, which originated in France and sat in Chambéry but later moved its seat to Turin, this made Turin the de facto capital. Four snappy years later, Turin was out and Florence had the hot new co-ordinates, until six years after that when Rome took the mantle, and the rest is history.

The Savoy storyline is so central to Turin that gawping at the marvel and majesty of the Royal Palace (Palazzo Reale di Torino) is the best place to start. Set in the city centre, you’ll ascend Baroque marble staircases and drink in drawing rooms with floor-to-ceiling tapestries and paintings, and marvel at gold-gilded bathrooms and banquet rooms with traditional silverware. Don’t miss the entire wing dedicated to the Royal Armoury.

Another leftover from the Savoy dynasty is Merenda Reale, which is like the equivalent of British afternoon tea, via France, served in Italy. From Savoy court beginnings to the present day, it’s still a phenomenon in Torino, a present-day interpretation served in many of the grand cafés — or opt for a sitting at apothecary-style teatime treasure trove The Tea. For around €10-12, you’ll snack on a tiered selection of biscuits, cakes, breads and pastries while sipping tea or coffee, just like the Savoys.

Where coffee is concerned, after a certain hour of the day, espresso is king (this is Italy, after all), but you’ll spot a phenomenon in Turin that may stop you in your tracks. “Is that an Irish coffee?” you may wonder. The Bicerin (pronounced like a female dog with an ‘in’ on at the end) looks similar but is a unique combination of coffee, drinking chocolate and whipped cream, served around the city, but the originator is Caffè al Bicerin 1763. Stop by this petite, candlelit salon for the real deal. Just don’t call it a mocha.

Lavazza, the globally known coffee company, was founded more than 125 years ago in Turin and still calls the city home, just one of the names synonymous with Torino. Another is Carpano, the world’s first vermouth brand, and, of course, Fiat, the iconic, zippy Italian car manufacturer with an acronym for a name (the T in Fiat stands for Torino). Toward the south of the city centre, the industrial Lingotto district is the heartland of Fiat. Visit the former factory at the Lingotto building (now its HQ offices and a shopping centre) where, on the higher floors, you’ll find the Pinacoteca Agnelli, a museum dedicated to Fiat’s history and evolution, as well as some of the Agnelli family’s most prized paintings. The former rooftop testing track outside is soon to open as a High Line-style public garden, where you can also test-drive their electric models.

Also in the Lingotto district, set in the former Carpano factory, Eataly distills Italian cuisine, ingredients, service and food heritage all into one mammoth retail-dining destination. Turin was the first branch of the food phenomenon in 2007, and it’s since rolled out worldwide, with more than 40 branches, many across Italy as well as New York, London, Tokyo, Los Angeles and Paris. As Piedmont is also the region where the Slow Food movement begun, it’s clear that the Piedmontese cherish their food credentials, so where better to get a plate of pasta with a glass of Nebbiolo or pick up some prosciutto?

Northern Italian cuisine and southern Italian cuisine feel like estranged cousins. They share certain spaces, attributes, and sometimes even walk and talk alike, but they just don’t see eye to eye. Butter and lard in the north, olive oil in the south; rich cream sauces and meaty ragù in the north, juicy, tangy tomato sauces in the south; Alpine-influenced to one end, Mediterranean-imbued to the other. In Turin, we seem to eat a lot of the same dishes. The classics seem to always be served, everywhere. You’ve got your vitello tonnato/sometimes vitel tonné (thinly sliced veal with a tuna sauce, surprisingly moreish) and agnolotti (folded, filled pasta with a rich, stewed filling, often dressed in a gravy-like broth), bagna càuda (a vegetable dip, like a fondue except anchovies and garlic), and gianduja — the novel way the northern Italians made chocolate, which was hard to get hold of, in the 19th century, further supplemented with hazelnuts from the heaving hills of the Langhe region. The classics have endured, and in Turin, they remain.

Tre Galline is a restaurant that has forgotten whether it got its name from the street its on, or whether the street called itself after the restaurant; it’s been so long. Translated as ‘Three Hens’, this is where you’ll find some of the best iterations of the classics the city offers — they’ve been here more than 500 years, so you won’t find any messing. With heavy woods and traditional tablecloths, it feels like an Alpine retreat, complete with cheese trolley.

On the other side of the scale, modern Piedmontese is on the menu at Consorzio. Michelin Bib Gourmand-awarded for its quality and value, this cool, contemporary dining room serves updates on the classics with a funky wine list of heavy hitters and ‘natty’ natural wine finds. For casual bites, Berberè is the slice with everyone’s name on it in the city, a sourdough pizzeria place started in Bologna by two Calabrian brothers now with a pair of outposts in Turin, as well as in Florence, Verona, Rome and London. The Quadrilatero, the old Roman quarter, is a sweet spot for restaurants and bars.

If Turin should be symbolised by one structure, it’s the Mole Antonelliana. Constructed as Italian unification began and originally designed as a synagogue, the “Mole” (as locals call it) was completed just shy of the dawn of the 20th century, and is one of the best vantage points in the city. Now housing the National Museum of Cinema, itself well worth a visit, take the lift to the 85m height panoramic terrace for a bird’s eye view over Turin.

It’s here you can really appreciate the uniqueness of the city, from its proximity to the Alps on one side and the Po River on the other, and the city’s beginnings by the well-preserved red-bricked Porta Palatina Roman gate (dating back to the 1st century) to the modern structures like Juventus’ Allianz stadium and the PalaOlimpico (a purpose-built arena for the 2006 Winter Olympics and where Eurovision is hosted this week). As the city spreads far and wide below, punctuated by piazze and palazzi, it’s clear to see why it got royal approval and capital status.

Caffè Mulassano:
It’s said that the tramezzino (or what we know as a sandwich) was created and first served here, in Italy, in this tiny café, which has been preserved almost in its entirety for 100 years. Piazza Castello 15

Caffè Torino:
With its sweeping staircase and luxe, Belle Époque stylings, spend an hour or two savouring one or two of the many truffles, pastries and cakes that appoint the glass counter. Piazza San Carlo 204

Ryanair flies from Dublin to Turin. Passengers can then take the rail/bus connection from the airport to Torino Porta Susa. Milan is a 60- to 90-minute train journey away, with both Ryanair and Aer Lingus flying to Milan airports (Malpensa, Linate, Bergamo) several times daily from Dublin. Ryanair connects Cork and Milan four times weekly, and Ireland West (Knock) and Milan twice-weekly.

On a blow-out, book a stay at the five-star Grand Hotel Sitea (grandhotelsitea.it), just off Via Roma, with an award-winning restaurant and fancy cocktail bar. Hotel NH Torino Santo Stefano (nh-hotels.com), right by the Roman remains of the old city, is within walking distance of the Quadrilatero and the palace, while designer hostel Combo (thisiscombo.com) offers a more budget-friendly option without sacrificing style and cool, communal hang-out spaces.

TurinItalyFIATRyanairEurovision SongMilanTorino (Geopolitical Entity)
Sign up to read this article

Evening Standard
Where do the Italians go on holiday? 10 hidden gems

From Abruzzo to Veneto, glorious but lesser-known beauty spots beloved by Italian holidaymakers

Irish Independent
Best hotels in Milan 2022: Where to stay for style, glamour and comfort

Our pick of the hottest digs in town