The coach, the club and the announcement – how Johann van Graan’s timing changed everything at Munster 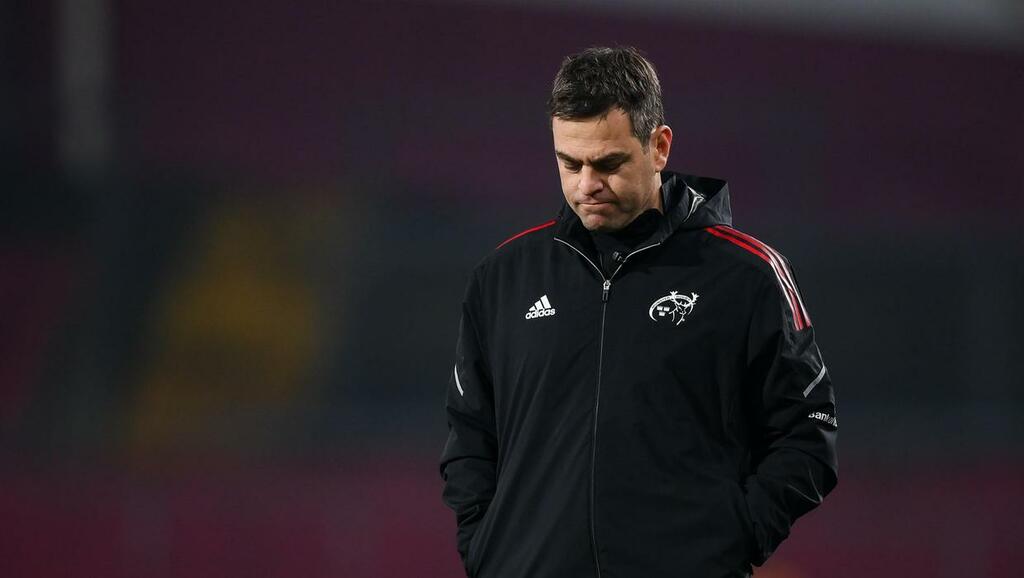 In August 2007, a month ahead of the World Cup in France, Ireland’s squad announcement was followed a day later by an official statement from one of the star players, Denis Hickie, who had made a fine contribution to club, province and country, that said he would be folding his tent as soon as the World Cup was over.

Naturally enough it got widespread coverage. It was hardly a shock: by then Hickie would be rounding off a successful 10-year professional career where he always came across as someone who had other things to do with his life apart from rugby. The statement wrapped up as follows:

“Finally, I want to conclude by saying that I have chosen to make this announcement now in the interest of letting Michael Cheika and all at Leinster Rugby prepare accordingly for the upcoming season.”

It struck us as odd at the time. The Leinster bit was meaningless, for he could have told Cheika to crack on and plan without him, but keep a lid on it. The odd bit was the timing: you’re heading off to a World Cup with a highly-rated side, who expected big things of themselves, but you’ve immediately gone from being a competitor with a single focus on that job to one with plans for the afterlife. Why not park the announcement until later?

At some point during the tournament we came across Hickie in an airport and asked why he had not held fire. We can’t remember the gist of the short conversation but we were definitely on different wavelengths. Our point was that once you announce you’re going then some part of you is effectively gone. He didn’t see it that way.

Three World Cups later, Joe Schmidt found himself on the same trajectory. His was a much longer goodbye. Part of the build-up to Japan 2019 was a warm-weather spin to Portugal for a training camp. A gaggle of hacks made the trip. Sometimes in situations like this a team management will think it a good move to invite the press out for a social drink. It is never a good idea.

In this case one of the hack pack was struck by what unfolded as the few drinks wrapped up. Schmidt had called for a cab and hailed his assistants to get their skates on. They told him he was grand – to head on and they’d catch up with him later. The journalists went off to their appointed dinner date but stopped back into the same bar on the way home, where Team Schmidt, minus the head coach, were still relaxing over a few drinks.

No crime had been committed, but the witnesses saw a sheriff who still wore a gold star and a team of deputies who no longer hung on his every word.

Currently in Munster we have a head coach whose only escape from limbo land is if his CEO calls him in, throws a cheque on the desk, and tells him he can clear his desk whenever he wants – don’t worry about the rest of the season.

Johann van Graan can’t be enjoying this. You’d expect the South African contingent to be firmly in his corner but if you’re one of the younger crew, then you know it’s someone else you need to impress – it’s just a case of identifying who that someone is. Even if you’re one of the old dogs who has benefitted from a Van Graan-sanctioned contract, you’re looking at him in a different way now.

It’s a testament to the power of Rassie Erasmus’s personality that his currency in the changing room seemingly lost little value despite the dance he had led the players and supporters on regarding his future in Munster.

Van Graan doesn’t have that charm. Worse still, when one of the old warhorses comes out and gives you a shoeing in public you must be praying to get off the racetrack and back in your box.

Keith Wood’s suggestion that Van Graan either changes tack on the way his team play or change his address was interesting. In all of the speculation over what prompted the South African to do a u-turn on his contract extension, it was pointed out that it’s not easy having a host of former high achievers living locally and scrutinising your every move.

Whatever, it hasn’t been enough to shift the coach from his trajectory of conservative selection and dull rugby. Now he finds himself implementing that policy to a group whose only interest is in who will replace him, and when. They should dial up the IRFU for a steer on that one.

Meanwhile, Van Graan is sticking to his guns about doing the best job he can up until the curtain comes down. He is by all accounts a very hard working man, and the optics demand that bit doesn’t change. Even if there wasn’t a public relations element to this he’d probably work night and day.

But if Van Graan is deluded on his approach to moving Munster forward, then he’s equally wide of the mark in hoping the story, game to game, isn’t about him. That bit is locked in now. Unlike Denis Hickie, who had a fair idea once Ireland’s World Cup kicked off exactly where it was going to end, Johann van Graan doesn’t know if he has to hang on to the bitter end, or if it will all come to a sudden halt. The only certainty is he’s already done and dusted.