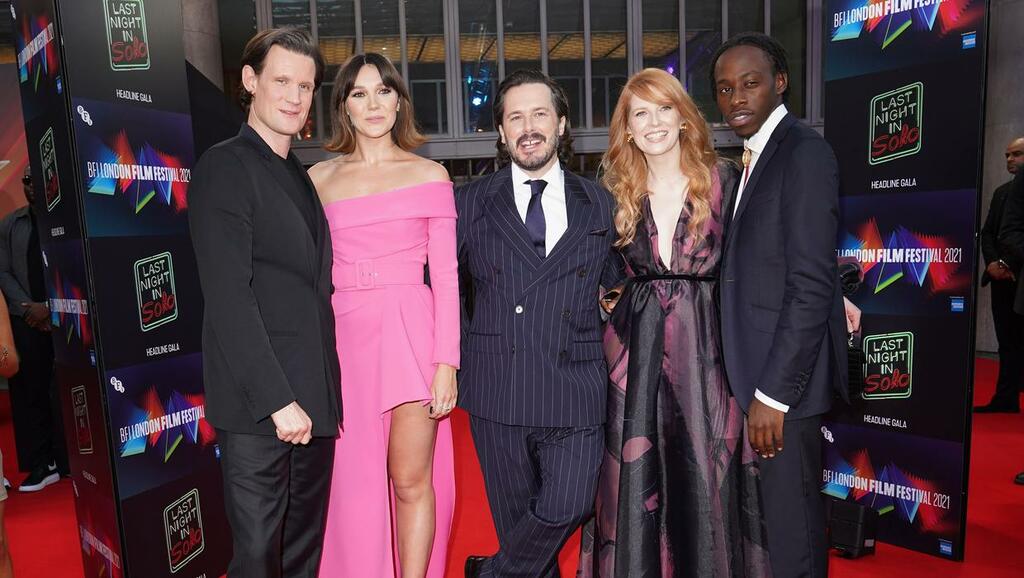 Dame Diana Rigg’s co-stars have paid tribute to the late actress at a screening of Last Night In Soho.

The film, directed by Edgar Wright, was Dame Diana’s final movie appearance. She died in September 2020 at the age of 82.

The psychological horror was screened on Saturday as part of the London Film Festival.

Paying tribute to The Avengers star Dame Diana, Wright told the PA news agency: “Her not being here any more, I have to not be sad about it.

“I have to tell myself I was lucky that I was fortunate to work with her in the first place.

“I’m so happy that I got to work with Dame Diana Rigg and be friends with her before she passed away.”

Last Night In Soho tells the story of a young fashion designer named Eloise, played by Thomasin McKenzie, who goes back to the 1960s while on a trip to central London.

Elizabeth Berrington, who starred alongside Dame Diana, said the late actress was an important figure in the era in which the film was set.

“She was so talented and sophisticated and had been such a star at the time in such important films,” she told PA.

“She was also an incredibly bright and brilliant woman, and dry and witty.”

Dame Diana was “such a huge loss to film and also to theatre as well, where she was such a great star”, Berrington added.

Synnove Karlsen said the cast are “all remembering her today”.

“She was just an amazing person yo work with and I feel so privileged that I got the chance to work with her and I think it’s a really great thing for her to be in as her last thing.”

She added that Soho was “such an amazing, cinematic place to shoot”.

“There’s something about the 60s that has that dark undercurrent to it, which really lends itself to the movie,” she said.

Matt Smith said the film is set in a “beautiful period”.

“London really was swinging and I think Edgar’s evoked that just brilliantly. It’s fabulous,” he added.

“It’s always good fun to play a villain,” he said.

The film will be released in cinemas on October 29.