Offaly manager John Maughan believes the split draw will negatively impact the Tailteann Cup and has taken away the “element of surprise and anticipation over who you might get” ahead of Monday’s draw.

Maughan – who says the competition is “a fantastic idea” – has joined those critiquing the decision to split the draw into northern and southern divisions. “I do think it takes from it, being honest,” he said. “I thought it would have benefited from an open draw. It’s unfortunate.”

Maughan is unsure if Offaly will be part of next week’s preliminary round, which will be required if Tipperary or Westmeath win respective provincial semi-finals this weekend: “There’s no clarity around the situation. It’s a little bit of an issue.”

However, he believes the overall format is a good one. “For the likes of Offaly and particularly Division 3 or 4 teams, I think it should be embraced. It’s fantastic preparation for the following year and a great opportunity to play football and play games, if you are lucky enough to get a run to the semi-finals or final.”

In the wake of a three-point defeat to Wexford in the Leinster Championship – which Maughan said “wasn’t part of the script” – he gave his players a two-week break.

“We only returned on Tuesday night and driving up from Castlebar I was intrigued as to what way the lads would be. Would they embrace the Tailteann Cup? Because you listen to some commentators and players denigrating (it) and suggesting it was a losers’ competition, something I wasn’t in agreement with. The attitude was superb and I drove home feeling good about the whole thing. There was a great bounce at training and I get the impression these guys are going to embrace it and have a real go at winning this.”

Maughan has managed Offaly since 2018 and the one big difficulty he feels is the hours on the road. “It is tough, I dreaded it last Tuesday, sitting in the car after the two-week break and driving to Kilcormac. But the minute I arrived you’re in an environment where you really love it. But leaving work at 4.15 on Tuesday and Thursday, particularly if it’s p**sing rain, that’s hard going.”

Tomás Ó Sé now works alongside him as a coach and Maughan admits the management game has undergone a seismic shift in recent years. “Managers don’t train the teams now. We have coaches, goalkeeping coaches, strength and conditioning coaches, nutritionists, and the Offaly County Board have been fantastic in making the resources available.

“At times, I’d love to throw the GPS system away but look, it’s more scientific now. I overtrained teams in the past. I know that now. Now, our strength and conditioning personnel monitor that down to the nth degree.

“I’m probably old school. I have younger coaches who are pulling me in that direction and I’m kind of battling a little bit. I wanted to train them tonight and let them play tomorrow night but my scientists and the experts are telling me, ‘John, you can’t do that’.”

Maughan would “love to see Offaly win” the Tailteann Cup but concedes they “could be beaten on 21 May and it could be all over – we don’t know”.

John Maughan was speaking at the launch of Glenisk’s five-year title sponsorship of Offaly’s GAA, LGFA and camogie teams 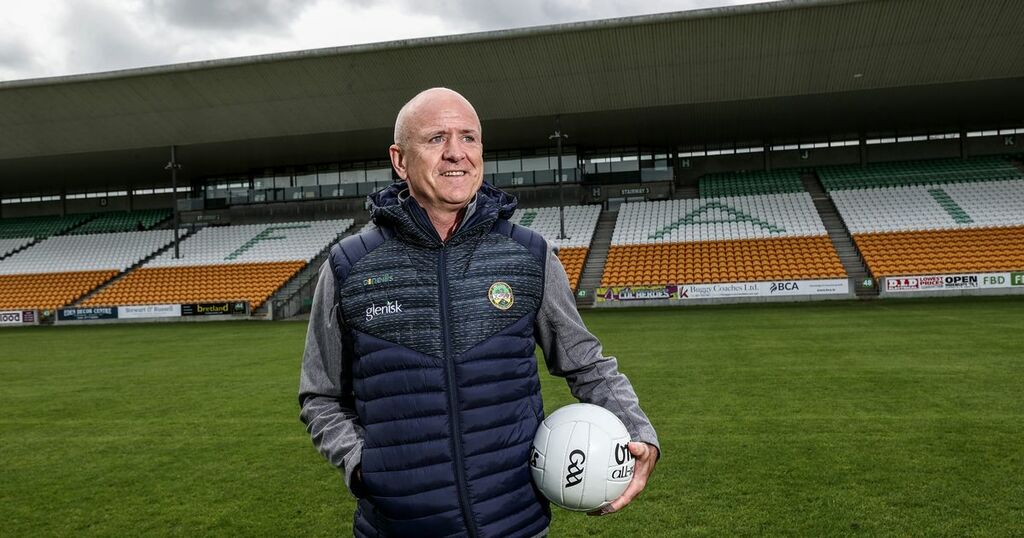 North-south carve-up takes from Tailteann Cup says Offaly boss John Maughan
The draw for the first staging of the Tailteann Cup, which will be played on a knockout basis, takes place…

Irish Independent
Your guide to the weekend GAA action