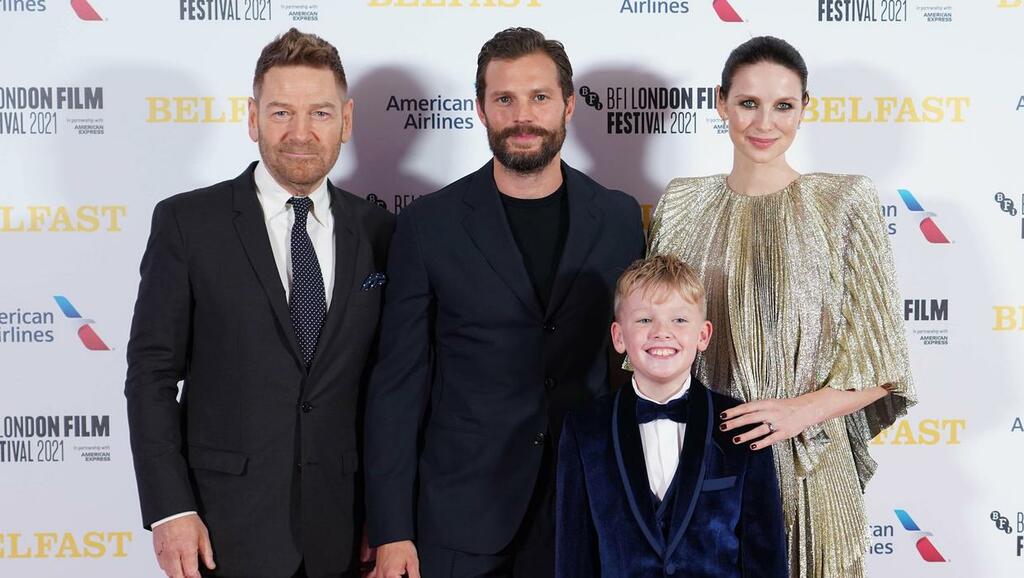 Sir Kenneth Branagh has said it was the silence of lockdown last year that spurred him on to write a film inspired by his childhood in Belfast.

The actor and director pays tribute to the place of his birth in a black-and-white coming of age film, entitled Belfast, which is set in Northern Ireland in 1969, and begins with the August riots that kick-started the Troubles.

Arriving at the premiere of the movie at the BFI London Film Festival, he said: “I think lockdown triggered differences in lots of people. It certainly made us very introspective.

“I started being sort of possessed by it as I walked the dog and and heard the silence.

“The planes weren’t flying and the cars weren’t driving and in the sound of Belfast I’ve been hearing for about 50 years … as a famous composer once said when asked about how he wrote the music, he said ‘I listened and I wrote down what I heard’ so that’s what I tried to do.

“It came very fast but I was lucky enough to show the film to Christopher Nolan, a great filmmaker, who was very generous about it.

“He asked me how long it took me to write and I said ‘Well about eight weeks’ and he said ‘Eight weeks plus 50 years’.”

The film stars Jamie Dornan and Caitriona Balfe as the parents of young boy Buddy, while Dame Judi Dench, a frequent collaborator of Sir Kenneth, plays his grandmother.

The veteran actress, 86, told the PA news agency: “Everything we have done has been quite different and there are 12 things altogether.

“They’ve all been different experiences but there was something very very special about this time.

“Everyone was so pleased to go to work and no-one was saying ‘Oh god I’m on call tomorrow’.

Sir Kenneth added: “With Covid doing its thing, it was a bit of a sweaty moment every morning as the entire crew were tested and were we going to go ahead today?

“But once you knew that, you talk about seize the day, or savour the day, carpe diem, there was a sense of precious time.

“There is a Van Morrison song that says ‘precious time is slipping away’, it was in the movie at one stage, and it certainly was something we bore in mind.”

Belfast will be released in UK cinemas on February 25 2022.