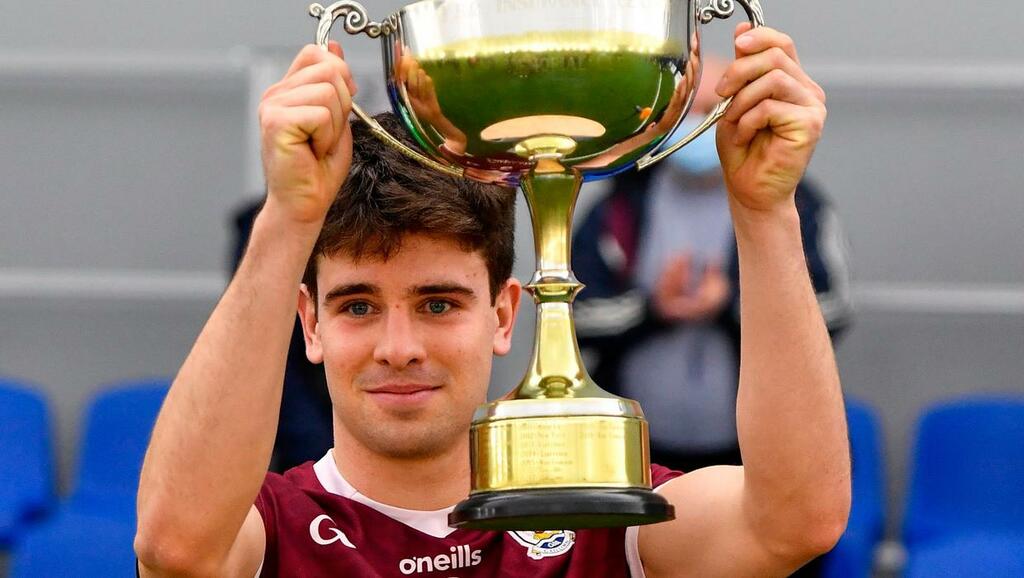 New captain Seán Kelly had to wait just five days to lift silverware for Galway as they came from behind to capture their tenth FBD League title as both sides revelled in the splendid indoor setting at the Connacht GAA Air Dome.

Manager Pádraic Joyce said it’s good preparation for the start of the league and both teams used the occasion to try out a large number of players.

“It’s great to get something out of it. You try and win them all when you enter them and we will get ready now for the league in two weeks,” he said.

Once again the indoor setting at the splendid Mayo facility ensured a fast and furious encounter with Roscommon, and in particular Conor Cox, doing most of the early running to lead by 0-5 to 0-3 after just eight minutes.

Rob Finnerty’s second point for Galway narrowed the margin before two efforts from Donie Smith and one from brother Enda saw Anthony Cunningham’s men lead by 0-8 to 0-4 before Galway full-back Seán Fitzgerald continued a run forward to finish to the net after the ball was worked back in by Paddy Kelly and Dessie Conneely.

The Roscommon response was good with points from Andrew Glennon and Cathal Heneghan but Galway’s ability to attack at pace was evident as debutant Owen Gallagher, the former Antrim player, set up Johnny Heaney but he rattled the crossbar.

Galway finished the half well to reduce the margin to 0-10 to 1-6 at the interval and then took over after the restart and outscored Roscommon by 0-6 to 0-2 as both sides emptied their benches to lead by 1-13 to 0-12 at the second water break.

Conroy and Heaney extended that lead for Galway but then Enda Smith got a goal for Roscommon after a turnover by sub Cian McKeon to reduce the margin to 1-15 to 1-12 after 57 minutes. Two points from sub Cathal Sweeney pushed that out to five before Cox and Ciarán Sugrue got it back to a goal with two minutes left but Shane Walsh’s fourth pointed free extended the Galway lead. An exciting finish then ensued when Ultan Harney and Cox cut the gap to two but Galway held on for their tenth crown in the grade.