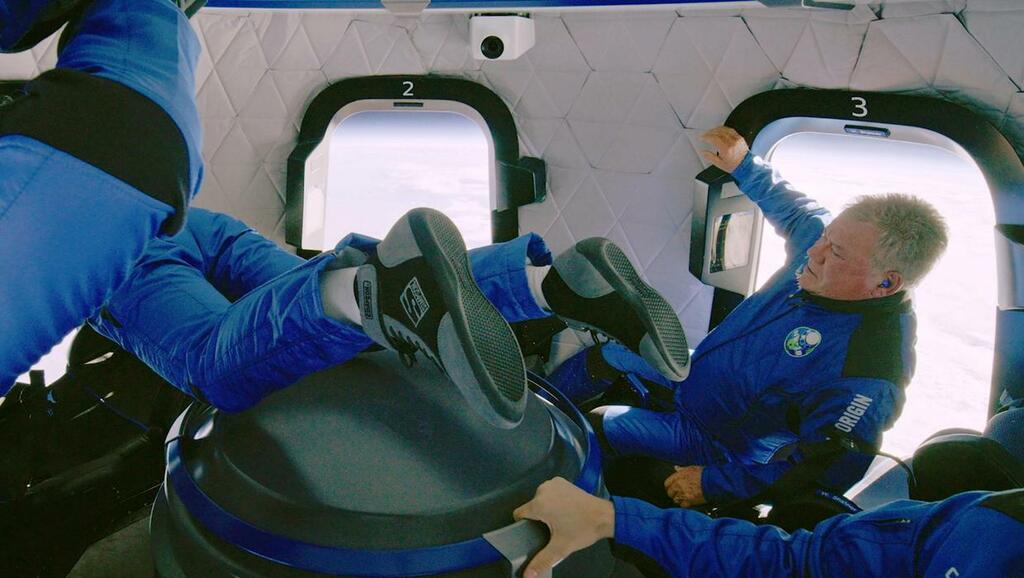 William Shatner last night issued an impassioned plea for humanity to look after the planet and the beautiful “comforter of blue” that surrounds us, after he became the oldest person to go to space, aged 90.

The actor, who played Captain James T Kirk in the TV series Star Trek, was the first nonagenarian to make the trip to the final frontier on board a rocket launched by Jeff Bezos’s Blue Origin space tourism company.

After his capsule touched down in the Texas desert, Mr Shatner said: “It was unbelievable, unbelievable, the little things, weightlessness... but to see the blue cover whip by you and now you’re staring into blackness, that’s the thing.

“You look at the blue down there, and black up there. There is Mother Earth, comfort, and up there, is there death? I don’t know, ‘whip’ and it’s gone. Look at the beautiful, the blue, and it’s so thin, you’re through it in an instant.”

He added: “The covering of blue, the sheath, this blanket, this comforter of blue we have around us. You think, ‘Oh blue sky’ and suddenly you shoot through it all as you whip off the sheet when you sleep, and you’re looking into blackness.”

As Captain Kirk, Shatner commanded the starship USS Enterprise on its mission to “boldly go where no man has gone before”.

The show was first broadcast in 1966 and inspired generations of devoted fans known as ‘Trekkies’.

It also helped galvanise interest in the real Nasa programme to get to the Moon.

Mr Bezos is a Star Trek fan and invited Shatner to make the trip. The Amazon founder drove him to the launch pad and closed the capsule hatch shut behind him.

Shatner and three fellow passengers – a Blue Origin executive and two paying customers – hurtled 106km into the air, passing the Karman line which is internationally regarded as the start of space.

The fully automated capsule safely parachuted back to Earth in a flight that lasted just over 10 minutes.

After they landed in the desert, Mr Bezos opened the hatch and said: “Hello, astronauts. Welcome to Earth!”

After disembarking, Shatner initially looked stunned as he stood by the capsule with his hands in the pockets of his flight suit, while Mr Bezos sprayed Champagne.

After a pause he thanked Mr Bezos for the “most profound” experience he had ever had.

Shatner said everyone should see what he had seen, so they would know how fragile the planet is. He said: “It’s so much larger than me. It hasn’t got anything to do with little green men, it has to do with the enormity of life and death. The jeopardy, the moment that you see the vulnerability of everything, it’s so small. What’s keeping us alive is thinner than your skin, it’s a sliver, it’s negligible, this air. Oh my goodness, I’ve had a journey.”

His trip happened two weeks after the US Federal Aviation Administration said it will review safety concerns raised by former and current Blue Origin employees who claimed the company was prioritising speed and cost savings. Blue Origin has called its New Shepard rocket “the safest space vehicle ever designed or built”.