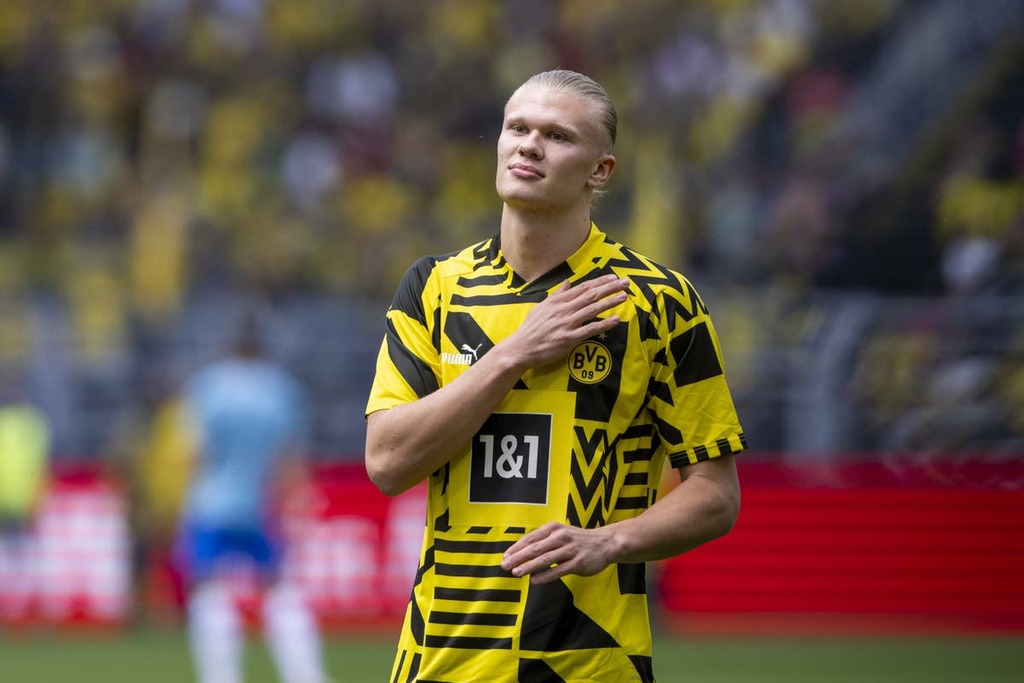 The Hindu
‘They Come for the Club’: Man City’s Guardiola Downplays Influence in Haaland Signing

Newcastle Herald
From analysis to good news, read the world’s best news in one place
US Soccer equalises pay for women, men in milestone agreement

As soon as he was born, Erling Haaland entered into Norwegian sporting royalty. His father, Alfie, was one of the country’s most famous modern footballers. His mother, Gry Marita, was a national heptathlon champion.

And, so, while there was nothing preordained about Haaland’s rise, he was a winner in the genetic lottery.

To go with the luck in his parents, the newborn Erling was endowed with another advantage: being the youngest of three siblings, after his brother Astor and sister Gabrielle. Having older siblings is a significant statistical advantage for aspiring athletes, as explored in my book The Best. Essentially, playing with older brothers and sisters is more challenging, forcing younger children to acquire skills at an accelerated rate.

Erling’s early sporting interests were not confined to football alone.

Growing evidence attests to the benefits of a multisport childhood: those who specialise in one sport earlier are more likely to suffer injury and burnout. Playing a range of sports can aid a child’s movement and motor development. A study of British gold medal winners showed that, compared with promising young athletes who did not progress to the top, the elite tended to play a variety of sports as children and specialise later.

Haaland’s childhood is a flag-bearer for a multisport upbringing. He moved to Bryne, a town of 12,000 on the Norwegian south-west coast, aged three. Small, safe and easy to get around — yet big enough that there were always ample children to play with.

“I don’t remember when I started playing handball, I think I was eight or nine,” Erling has recalled. “I was also doing track and field when I was young. And I also played a little golf. So I did a lot of things.”

And very well: Haaland still holds the world record for a standing long jump by a five-year-old, set in January 2006, at 163cm, and was later told that he could have a career in professional handball. Erling played handball, athletics and cross-country skiing regularly until 14.

In Outliers, Malcolm Gladwell shows how Bill Gates was lucky in his timing: aged 13, his school gained access to a mainframe computer. Gladwell demonstrates that a striking number of software tycoons were born within three years in the mid-1950s, meaning they were at university just as computing was taking off.

There is a hint of similar serendipity in Haaland’s tale. In 2005, when he turned five, Bryne FK built a grass-covered indoor soccer pitch that was always open during the weekends. Before, children had not been able to train during the freezing cold winters; now they could, meaning that Haaland could play much more than had he been born a few years earlier.

Several of his teammates as children have also become professionals: it was, Haaland said, a “special environment”.

Most indoor games were casual pick-up matches with friends, without any coaches watching: the sort of informal play that — as in the Parisian banlieues or in south London — develops players’ creativity and ability to think for themselves.

Haaland was also supported by adroit coaching. Aged eight, Erling was moved up a year at Bryne FK, exposing him to tougher competition. In keeping with the enlightened attitude to youth sports in Norway, Erling did not play an 11-a-side match until he was 12, instead playing in smaller-sided games that give children more opportunities with the ball.

Erling’s rate of growth perhaps worked in his favour too. Seeing the 6ft 4in behemoth today, it is curious to recall that Haaland had a growth spurt only near to his 15th birthday.

Haaland’s father was not a pushy parent. “Alfie was very hands-off with the coaching,” Berntsen has recalled. “There was no pressure, not even once in all our years, to do certain things or to work Erling in a certain way.”

Rather than forcing his dreams upon his son, Alfie allowed Erling, who joins Manchester City next season, to develop ownership over his career.

“I always said to myself I want to become a professional football player at a high level,” Erling said in 2020. “To try to get better than him is also a goal. I had a lot of role models, but my father is maybe the biggest one.” Add it all together. Nature or nurture? In Haaland’s case, it is a cocktail of both.

The Hindu
‘They Come for the Club’: Man City’s Guardiola Downplays Influence in Haaland Signing