Seán O'Shea returns to the Kerry team for Saturday's Munster SFC semi-final with Cork in Páirc Uí Rinn after missing the closing stages of the league with a foot injury.

As expected O'Shea slots into centre-forward, one of two changes from the team that demolished Mayo in the Allianz league final last month.

Otherwise manager Jack O'Connor is content to run with much the same defence and midfield pairing that was so parsimonious during the league with Paul Murphy having to sit it out once more as Brian Ó Beagloaich retains his place. Graham O'Sullivan has seen off the competition to maintain his position at corner-back.

David Moran is included among the replacements, as is Stefan Okunbor, another midfield option, after his recovery from a shoulder injury.

Meanwhile, interim manager John Cleary keeps faith with 14 of the 15 players that steered the Cork footballers to Division 2 safety against Offaly last month.

The team includes Ian Maguire who had initially been ruled out of action with a broken bone in his hand. It remains to be seen if he starts.

Maurice Shanley returns to full-back, displacing Tommy Walsh but otherwise the team is the same.

There are championship debuts for John Cooper and Rory Maguire while Stephen Sherlock and Cathail O'Mahony, both named in the full-forward line, will be making their first championship starts.

Sean Powter, who missed much of the league after picking up an injury in the Sigerson Cup final while on duty for UL, is back on the bench. 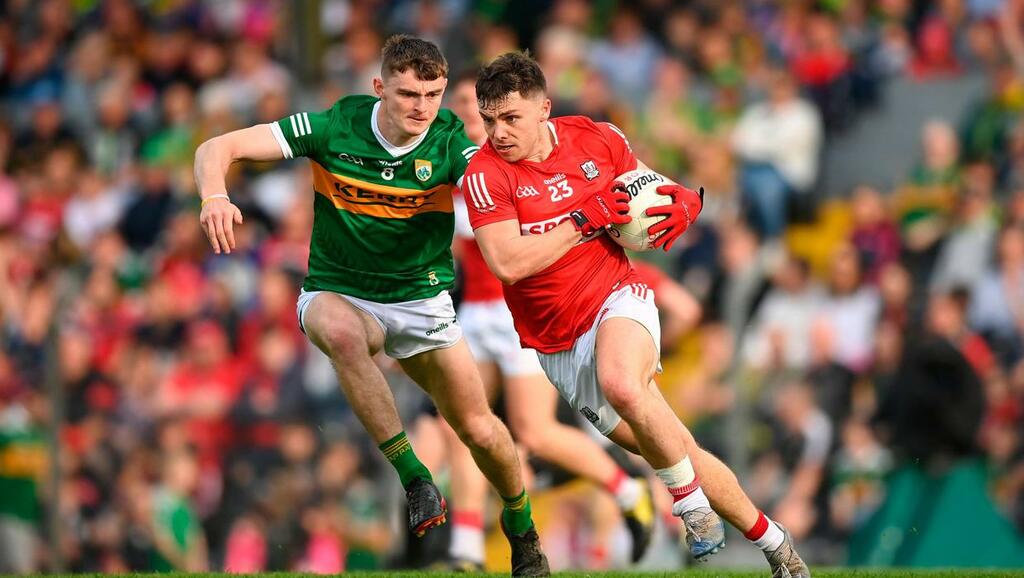 Kerry make superiority count against Cork to claim Munster SFC final place
You might have figured that the most interesting parts had already taken place, with a long squabble over the venue…