Séamus Power can’t wait for a crack at this week’s US PGA Championship after making an eagle and 21 birdies to clinch a top-20 finish in the AT&T Byron Nelson in Dallas.

After missing the cut in the Wells Fargo Championship, the West Waterford man (35) returned to form in Texas and made five birdies in the final round before following a bogey at the 17th with a disappointing par-five at the last.

“It’s been a good week, so not a bad effort”, Power said after a four-under 68 left him tied 17th on 18-under, eight shots behind back-to-back winner Lee Kyoung-hoon.

“It was a bit of a frustrating finish, like I got a bit unlucky on 17 and it would have been nice to end my week with a birdie on 18, so overall I can say it was a not bad week.

“There was a lot of good stuff over the four rounds and I played better over the weekend which was nice. So, lots to build on for this coming week and looking forward to heading to Southern Hills and my second major.”

Power will be joined in Tulsa by Rory McIlroy, Shane Lowry and Pádraig Harrington, who made eight birdies in a four-under 68 to finish second, six shots behind an emotional Steve Stricker in the Regions Tradition in Alabama.

The Dubliner began the final round six shots behind his Ryder Cup nemesis and while he birdied the first two holes, a double-bogey at the fourth and a bogey at the fifth killed his chances of applying serious pressure.

Recently recovered from a mystery illness that caused him to lose 25lbs late last year, Stricker (55) closed with a bogey-free 68 to win his second Regions Tradition in three years and his third senior Major from Harrington on 21-under as Darren Clarke eagled the last to finish tied 13th on 10-under after a 67.

On the DP World Tour, Royal Dublin’s Niall Kearney carded a disappointing, two-over 73 to tie for 15th on six-under, seven shots behind England’s Sam Horsfield in the Soudal Open in Belgium.

Just three shots off the lead overnight, Kearney bogeyed the 10th, 11th and 15th before making his lone birdie at the 17th at Rinkven International.

In the Cognizant Founders Cup on the LPGA Tour, Australia’s Minjee Lee closed with a 70 to win by two shots on 19-under from Lexi Thompson as Stephanie Meadow’s 73 left her tied 68th on one-over.

The vastly experienced 2016 champion (35) found his putting touch to deny Malone’s Matthew McClean with a winning bogey at the first extra hole.

McClean eagled the 10th and birdied the 13th to go five-under for the day and three clear on two-under only to double-bogey the 15th and bogey the 17th.

“Obviously, I was playing a full-time schedule back then, so my expectations were a little bit lower,” Campbell said. “But I knew I was playing well enough, and as I said last night, I wasn’t here to make up the numbers.” 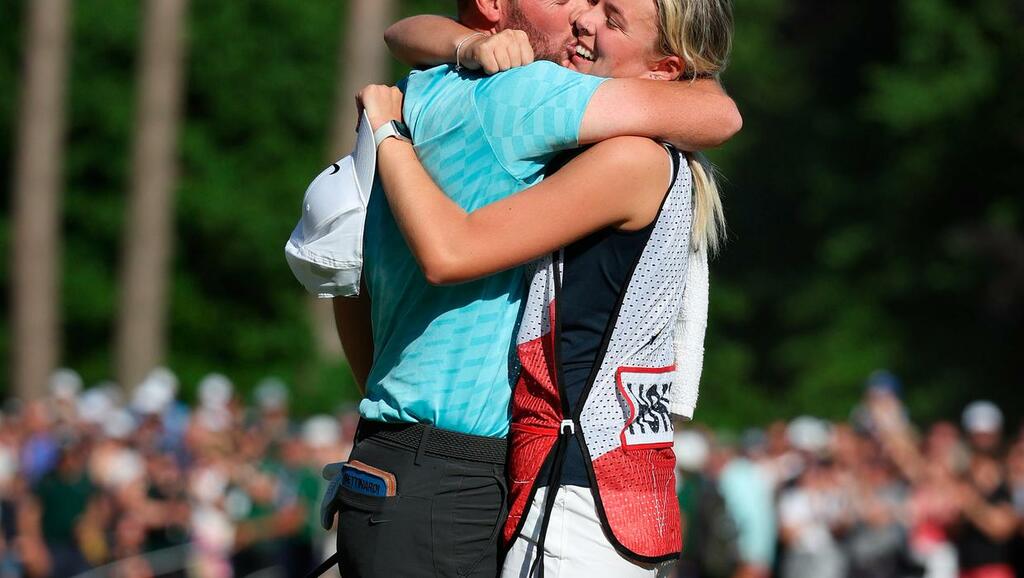