Russian diplomat predicts ‘difficult’ week of talks with US over Ukraine

By By Konstantin Manenkov and Jamey Keaten, Associated Press 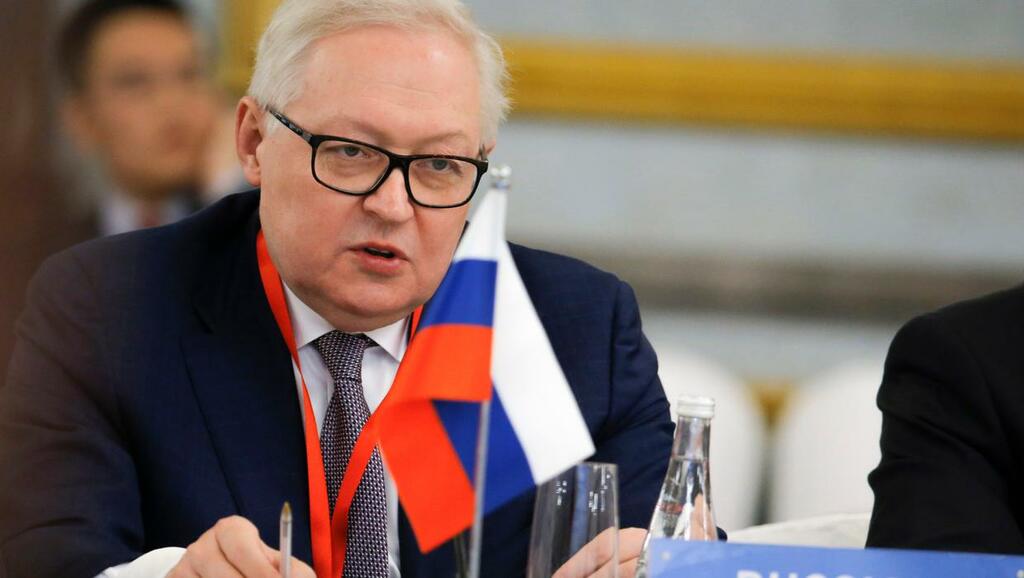 A top Russian diplomat predicted “difficult” talks with the United States this week after attending a working dinner with US officials in Geneva on Sunday as part of the kick-off to a string of meetings in three European cities this week, with bilateral ties at a low over Russia’s military build-up near Ukraine.

Russian deputy foreign minister, Sergei Ryabkov, and other Russian officials met for over two hours with US deputy Secretary of State, Wendy Sherman, the head of the US delegation, and her team at the luxury residence of the US ambassador to the Conference on Disarmament that overlooks Lake Geneva.

The dinner was a prelude to a broader discussion between the two teams at the US mission in Geneva starting on Monday – culminating a string of meetings both virtual and in person among US officials, their Western allies, and Russian leaders in recent days and weeks as tensions over Russian pressure against Ukraine have grown.

“We plunged into the substance of the forthcoming issues, but the talks are going to be difficult,” Ryabkov told reporters as he left the dinner meeting.

They cannot be easy. They will be business-like. I think we won't waste our time tomorrowSergei Ryabkov

“They cannot be easy. They will be business-like. I think we won’t waste our time tomorrow.”

The talks are seen a first step toward rekindling dialogue as ties have worsened because Russia has deployed an estimated 100,000 troops along its border with Ukraine. Concerns have risen about a broader Russian military incursion in the country.

Russian president Vladimir Putin’s government has laid out a list of demands, such as seeking guarantees that the NATO military alliance will not seek to expand any further eastward to countries like Ukraine or Georgia, which are former Soviet republics.

“The Russian side came here with a clear position that contains a number of elements that, to my mind, are understandable and have been so clearly formulated, including at a high level, that deviating from our approaches simply is not possible,” Ryabkov said.

Asked whether Russia was ready for compromise, he said: “The Americans should get ready to reach a compromise.

US Secretary of State, Antony Blinken, told ABC’s This Week on Sunday he did not expect any breakthroughs in talks in the bilateral talks in Geneva or during conversations in Brussels, at a meeting of the Nato-Russia Council, and at the Organisation for Cooperation and Security in Europe in Vienna later this week.

The United States and other Western allies have pledged “severe costs” to Russia if it moves against Ukraine.

“The question really now is whether President Putin will take the path of diplomacy and dialogue or seeks confrontation,” Blinken said, suggesting that a Russian move deeper into Ukraine might run counter to Moscow’s interests in the long run.

“If Russia commits renewed aggression against Ukraine, I think it’s a very fair prospect that Nato will reinforce its positions along its eastern flank, the countries that border Russia,” he told ABC.

Russia was coming into the talks seeking a clearer understanding of the US position, and cited signals from Washington that some of the Russian proposals can be discussed, Ryabkov said, according to state news agency Tass earlier on Sunday.

What we're seeing is a lot of posturingThomas Greminger

He laid out Russia’s three demands: no further Nato expansion, no missiles on Russia’s borders, and for Nato no longer to have military exercise, intelligence operations or infrastructure outside of its 1997 borders.

US officials expressed openness on Saturday to opening discussions on curtailing possible future deployments of offensive missiles in Ukraine and putting limits on American and NATO military exercises in Eastern Europe — if Russia is willing to back off on Ukraine.

But they warned of hard economic sanctions in case of a Russian intervention, including direct sanctions on Russian entities, restrictions on products exported from the US to Russia, and potentially foreign-made products subject to US jurisdiction.

Ambassador Thomas Greminger, director of the Swiss government-supported Geneva Centre for Security Policy who hosted Ryabkov for a Geneva conference in October, said the Geneva talks were “an opportunity to spell out mutual concerns, to spell out mutual expectations. But it would be way too early to expect any clarity, for instance, regarding Ukraine’s bid for NATO membership.

“What we’re seeing is a lot of posturing,” added Greminger, who is also a former head of the OSCE. “I think at the end, both Putin and (US President Joe) Biden have absolutely no interest to push towards an escalation.”