It happened as it was towed back to port in stormy weather following an explosion and fire, Russian news agencies reported on Thursday.

The defence ministry had said earlier on Thursday that the Soviet-era ship had been badly damaged by the fire, which Ukraine said was a result of its missile strike.

The warship was 60 to 65 nautical miles south of Odesa when the fire ignited after it was struck by Ukrainian forces, and the vessel was still battling flames hours later while heading east.

The loss of the ship is a major military setback and a devastating symbolic defeat for Moscow as its troops regroup for a renewed offensive in eastern Ukraine after retreating from much of the north, including the capital.

Russia said the fire aboard the ship, which would typically have 500 sailors on board, forced the entire crew to evacuate.

It later said the blaze had been contained and the ship would be towed to port with its guided missile launchers intact.

The ship could carry 16 long-range cruise missiles, and its removal from combat greatly reduces Russia’s firepower in the Black Sea. 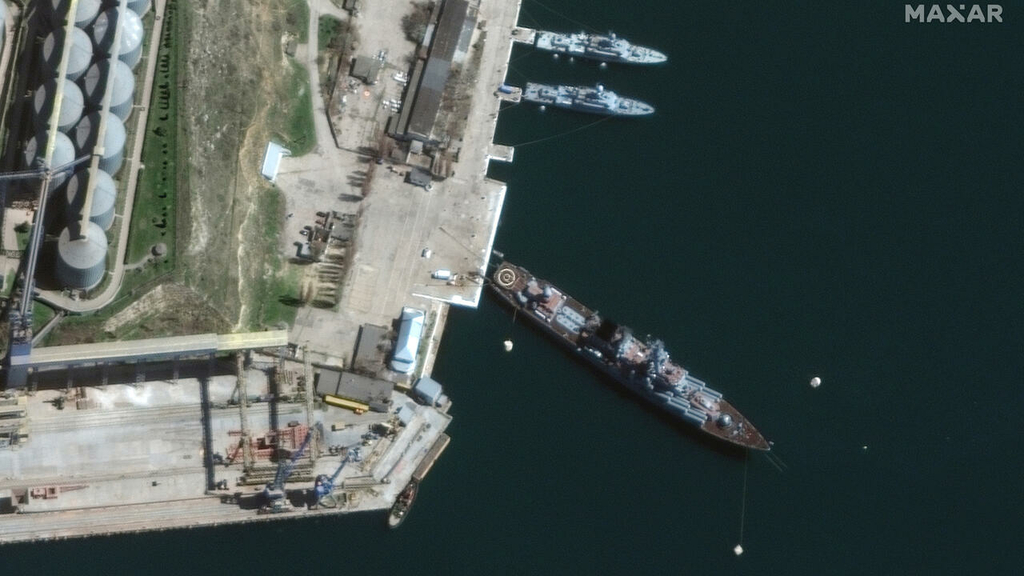 The loss of the Moskva is a major blow to Russia

The following are some facts about the Moskva, the Soviet-era flagship of Russia's Black Sea fleet, which sank on Thursday…

Russia's Defense Ministry said "ammunition detonated as a result of a fire on the Moskva missile cruiser."

Russia's defence ministry said the missile cruiser Moskva, the flagship of Russia's Black Sea fleet, sank as it was towed…

Ukraine earlier claimed it struck the ship with its Neptune missiles.