Roy Hodgson urged Watford to keep playing for pride after an instant return to the Sky Bet Championship was confirmed following Saturday’s 1-0 loss at Crystal Palace.

A winless run dating back to March 13 had left the Hornets on the brink before Wilfried Zaha’s first-half spot-kick at Selhurst Park sealed their fate with three games left.

Relegation-threatened Everton visit Vicarage Road on Wednesday, with Hodgson’s side eager to end an unwanted top-flight record of 11 consecutive losses at home.

The 74-year-old said: “We will try to do what we did against Crystal Palace.

“We have to go out there, believe in ourselves and prepare for the games so we know what Everton are going to come with and what we have to do to keep them out and what we need to do to get in behind them and score a couple of goals.

“We will work on that for a couple of days and then we will go out with the players and I will ask them to reproduce this performance because that was probably as good an away performance as we have given – it sits on a par with the Liverpool one where we also lost.

“That won’t be easy because it is a short turnaround and the players gave a lot. They will need a lot of tender love and care if they are going to go out on Wednesday night and give anything like the sort of performance they have done.

“I think we have showed what the team can do and we aren’t a hopeless case by any stretch of the imagination. Maybe, with hindsight, we can point to a few unlucky moments that turned the season against us.”

Hodgson has only tasted victory twice since he replaced Claudio Ranieri in January and recent late goals in home defeats to Brentford and Burnley have proved crucial.

Goalkeeper Ben Foster, who is out of contract this summer and turned 39 last month, was one of Watford’s best performers at Palace and has been backed to keep playing by his current manager.

“Ben obviously defies his age because he is still a good goalkeeper,” Hodgson, who will leave at the end of the season, added.

“When called upon, he was there to make two good saves and that is why he is a top-class goalkeeper.

“I wouldn’t presume to talk on his behalf over whether he should continue or if he should now retire. That will be purely his decision but what I am prepared to say is he is a top, top goalkeeper and has done a wonderful job for Watford.”

Zaha’s 14th goal of the term made it back-to-back victories for Palace and consecutive winning goals for the Ivory Coast international.

It has kept alive hopes the Eagles could set a new club record for most points amassed in a Premier League season with their previous best tally of 49 achieved in the 1992-93 and 2018-19 campaigns.

Two more wins from their remaining three fixtures would take them up to 50 points.

“I am really pleased with the win and the number of points we have. Of course we want to perform well to try to win football matches.

“It is three games left and we will play those three games as best we can because we want to build for next season and it is important we finish well.” 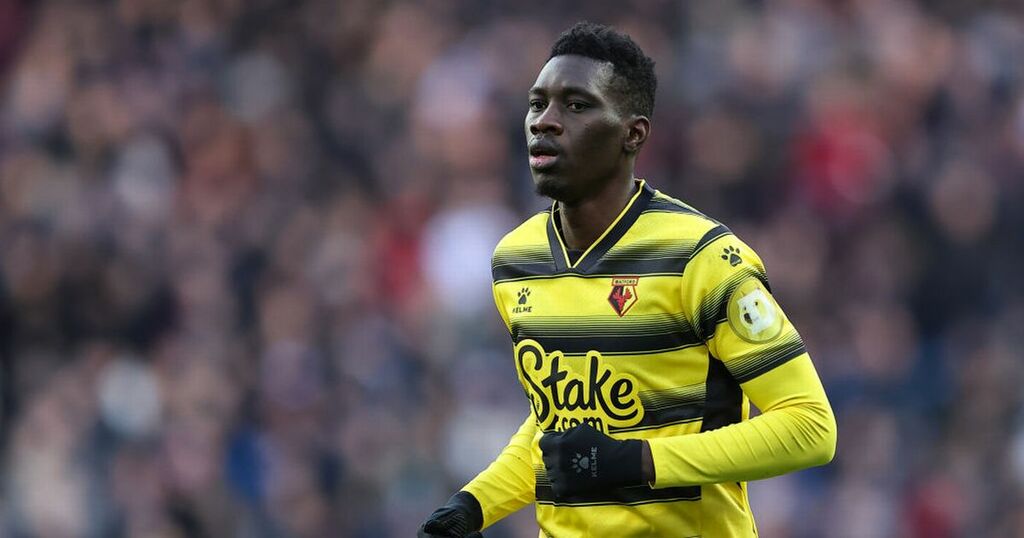