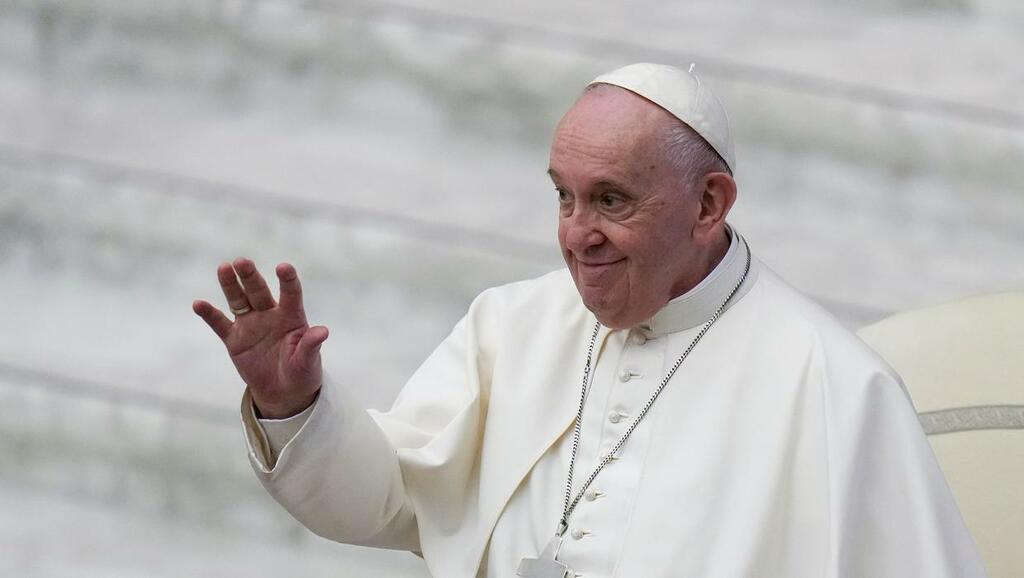 Pope Francis has baptised 16 babies in the splendour of the Sistine Chapel, resuming a decades-old Vatican tradition which was interrupted last year by the pandemic.

Francis told the parents of the nine girls and seven boys whom he formally ushered into the Catholic church through baptism that their duty was to “preserve the Christian identity” of their children.

As he has in the past, Francis immediately sought to put the parents at ease, telling them to make sure their babies, wearing lacy, frilly outfits and wrapped in soft wool blankets, did not become too warm during the long ceremony in the chapel where popes are elected by cardinals in secret conclaves.

If they cry, let them cry, because they have a spirit of communityPope Francis

He also told mothers to feel free to nurse their babies if they were hungry in the chapel, with its ceiling frescoed by Michelangelo, and “before the Lord without any problem”.

“Please, they are the protagonists” of the ceremony, Francis said, referring to the babies.

“And if they cry, let them cry, because they have a spirit of community, let’s say, a spirit of a gang,” and one baby cries, others do, too, “and right away there’s an orchestra”, the pope said.

By asking to have their children baptised, parents are committing to “have them learn to love God and their neighbour”, Francis told each mother and father.

As if to emphasise his papacy’s teaching to care for the needs of those who live on the margins of societies, Francis chose his official almsgiver, a Polish cardinal, to celebrate the Mass with him.

One of the children who was baptised on Sunday was a boy whose father had died. He was held in his mother’s arms as the pontiff poured water, symbolising removal of sin, over his head.

In 1981, Pope John Paul II began the tradition of baptising children whose parents are Holy See employees, and since 1983 the ceremony has been held in the Sistine Chapel. Last year, as part of precautions against Covid-19, Francis did not hold the baptism ceremony.

On Sunday, all participants, except for the pontiff, the babies and the children’s very young siblings, wore masks — nearly all of them the more protective FFP2 kind — to help curb transmission of the coronavirus.

Italy’s daily caseloads of confirmed infections have been soaring, surpassing 200,000 on January 6.