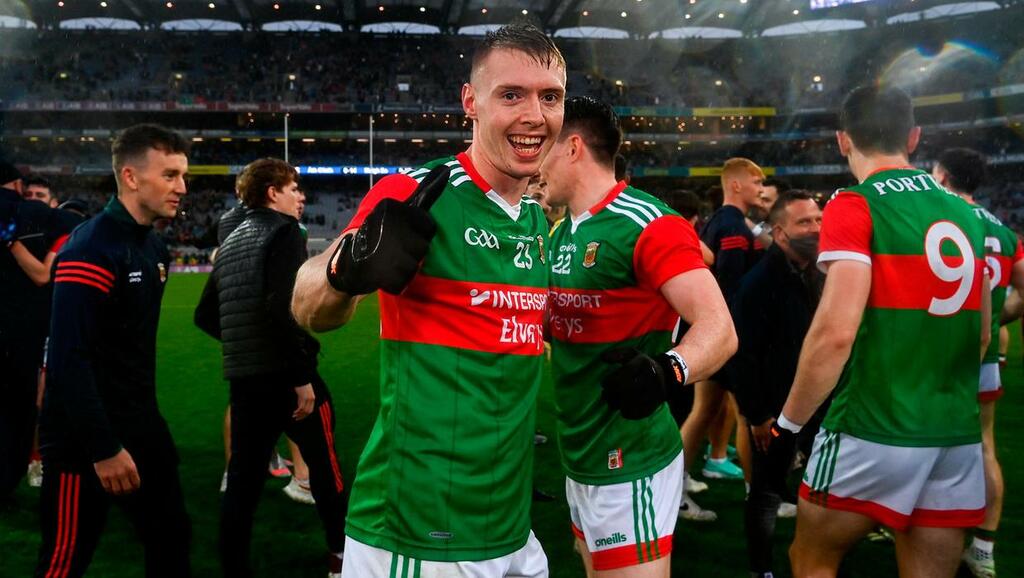 An All-Ireland football championship with only ten counties involved? Not the ten highest-ranked either, but rather a mixture from all four divisions.

A championship without Mayo? Of course. They shouldn’t have been there last year, a season when they reached the All-Ireland final.

Kerry? Sorry, lads, you shouldn’t have been in the race for Sam Maguire in 2013-2014-2015, seasons they won one All-Ireland and reached another final.

Monaghan? You wouldn’t have been eligible in any of the last three seasons or indeed in 2016.

Donegal? You shouldn’t have won the 2012 All-Ireland because you had no right to be in the championship.

These are not the demented ramblings of nasty elements intent on destroying the championship, but rather a glimpse of the future if one of the proposed new All-Ireland formats is accepted by Special Congress next Saturday week.

It’s Option B of the Fixtures Calendar Review Task Force’s proposals for reform of the GAA’s football competitions structure, where the provincial campaigns play no role in the championship. Instead, the Allianz Leagues decides which ten counties play in the premier competition.

Here’s the really controversial part –only ten counties qualify for the championship: top five in Division 1, top three in Division 2; winners Divisions 3 and 4.

The season would end at the conclusion of the league for the bottom three in Division 1 and the bottom five in Division 2. Only the winners of Divisions 3 and 4 enter the All-Ireland race, with the rest heading for a secondary championship (Tailteann Cup). Some top teams are also excluded.

Hence the earlier references to Mayo, Kerry, Monaghan and Donegal, all of whom finished in the bottom three in Div 1 at various times over the last six seasons years . There are several others too, whose bottom-three finish would have had similar repercussions.

Designating the league as the basis for a new championship system has merit, but not in the illogical manner proposed. The purpose of a league is to produce merit-based placings after a specific number of rounds, resulting in promotion and relegation.

If the league is to be given status as the entry mechanism to the championship, it must be fair to everybody.

Instead, counties who finish sixth, seventh and eighth In in Division 1 are barred from the championship, whereas those who finish numbers nine, 10, 11, 17 and 25 are waved into the knock-out stages.

Similarly, counties which finish fourth through eighth in Division 2 are excluded while the winners of Divisions 3 and 4 qualify for preliminary quarter-finals.

The provincial championships are fundamentally unfair because of the different number of counties and varying standards around the country. That has long been accepted, but there was a reluctance to end their status as the launch pad for the championships on the basis that they been part of the GAA fabric since its foundation.

They also gave counties another title to aim for and, from a public perspective, local rivalry always held a special attraction. Still, their time is up.

But if the provincials, which would be played as standalone early season competitions under Option B proposals, are to lose their status as part of the All-Ireland championship, their replacement needs to be, at the very least, more equitable than what went before.

That’s not the case. How can it be justified to exclude counties with league placings of sixth, seventh and eighth while five others with lower rankings qualify?

And there’s more. Take the case of a team which finishes sixth in Division 1. They aren’t eligible for that season’s championship, but will be in Division 1 again for the following year, where they may again miss out as they are up against the best in the business.

Meanwhile, the teams that finish seventh and eighth are relegated to Division 2, giving them a much better chance of being in All-Ireland contention in the following season.

It can be argued that there’s a higher medium-term reward in championship terms for being relegated in the league.

The season would have stopped at the end of the league for, among others, Monaghan, Galway, Roscommon, Cork, Down, Clare and Meath. Division 3 and 4 teams, others than Derry, Antrim or Louth (the Div 4 final wasn’t played) would compete in the Tailteann Cup.

The rationale behind allowing those ranked 9th, 10th, 11th, 17th, and 25th into the All-Ireland series ahead of higher-placed teams is that incentives must be given counties in Divisions 2, 3 and 4. Fine in theory, but not in practice since it involves clear injustices.

Those who favour the proposal – and they include the GPA who are backing it enthusiastically – argue that because the league decides who qualifies for the All-Ireland stages, it would, in effect, be a championship, generating great excitement and attracting large crowds.

Even if that were the case – and it’s by no means certain – it doesn’t alter the fact that five of the ten counties qualifying for the championship are lower-ranked than several who are eliminated.

While Option B makes a total break from the existing system, Option A seeks to rebalance the provinces into four groups of eight.

The only plus point is that it streamlines fixtures. Otherwise, it merely reinforces inequality.

Lowest-ranked Leinster and Ulster counties, as per league placings, would play off in preliminary games in their own provinces, with the losers (three in Leinster and one in Ulster) then moving to Connacht and Munster in a 2-2 divide, so as to have eight teams in all four areas.

Each province would split into round-robin groups, ensuring three games for every county. The top two in each group would advance to the Sam Maguire tier, with the remainder (providing they were from Divisions 3 and 4), playing in the Tailteann Cup.

This system means that having already failed against fellow lower-ranked counties in their own province, two Leinster counties would then head for Munster for a three-game round robin. One Leinster and one Ulster (almost certainly Antrim) county would play in Connacht on a similar basis.

Frankly, it’s ridiculous that after being beaten once in their own province, a team is shunted off to another province for inclusion in a round-robin which will feature some very strong teams. What purpose would that serve?

A third option would see a return to the provincial and qualifier system, with a decision to be taken on whether to use the ‘Super 8s’ or straight knock-out quarter-finals. That general framework is no longer regarded as satisfactory and is the reason why the current proposals are on the agenda.

There has been relatively little debate on them, which carries the risk of one slipping through (a 60 per cent majority suffices). It certainly wouldn’t be the first time that the GAA made a significant change without much reaction at the time, only for howls of protest once the implications became apparent when the new scenario came up for actual implementation.

The best option for Congress is to decide on a return to the drawing board. And this time, insist that logic and fairness are the first essentials.

Use the League’s finishing places as the starting point for the championship, but not in the limited format proposed where only ten counties would be admitted.
Instead, allow all teams into the championship but stagger entry as follows:
Round 1: Div 3 v Div 4 (eight games)
Round 2: Round 1 winners v Div 2 (eight games)Round 3: Round 2 winners v Div 1 (eight games)
The way is now cleared for the All-Ireland quarter finals. Tailteann Cup to feature teams from Division 3 and 4 that didn’t reach Round 3.
Advantages: It gives all counties access to the championship, entering at a level where they can expect to be competitive while offering a Tier 2 competition (Tailteann Cup) for Div 3 and 4 teams eliminated from the Sam Maguire Cup race in Rounds 1 or 2.

Run the championship on an open draw basis as a one-year experiment. Div 3 and 4 teams drawn against Div 2 and 1 opposition to have home advantage. Qualifiers to apply for teams beaten in all rounds up to the quarter-finals.
There’s a risk of mismatches, but it’s unlikely there would be as many as under the provincial system.
There’s also the distinct likelihood of major powers from different provinces being drawn against each other right from the start.
An open draw would remove the inbuilt protection enjoyed by the top teams in Leinster and Munster, who are protected by seeding in earlier rounds.