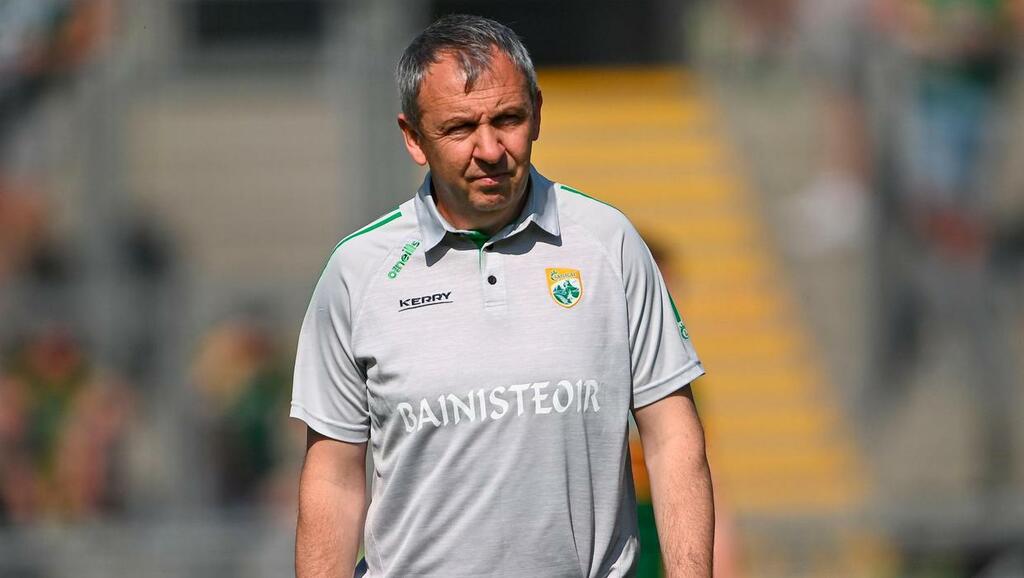 Kerry football manager Peter Keane will have to reapply for his position after the county board executive opted to open the process to fill the position for 2022 and beyond.

Keane's three-year term is at an end but any prospect of him being given a quick extension for even a year has effectively been stalled by the appointment of a five-man committee to source the next manager.

Keane is expected to be in contention and the sub-committee could yet recommend him for an extension but Jack O'Connor's availability will make him a strong candidate.

O'Connor stepped down as Kildare manager after two years last week, having been making plans for 2022 which Kildare said were at an advanced stage.

In recent years Kerry gave Eamonn Fitzmaurice an extension, adding two more years to his term in 2017 which he didn't see out.

Fitzmaurice is not thought to be a contender this time around but his former playing colleague Seamus Moynihan has been speculated upon as a potential runner.

Moynihan, Donie Buckley and Tomás Ó Sé were preparing a backroom team to seek the U-20 position last year prior to Declan O'Sullivan's appointment as manager.