Peter Dinklage interview: My daughter came home with an Irish accent after Game of Thrones 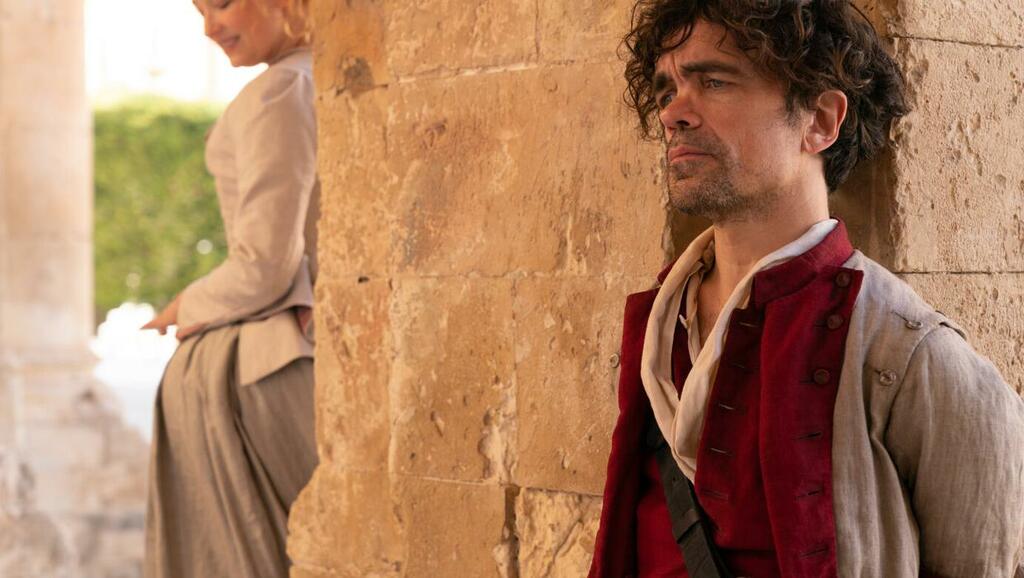 “There are people who can sing and then there are proper singers, and I definitely fall into the former category.” Peter Dinklage is referring to his new film Cyrano, in which he plays — and sings — the role of the doomed swordsman, poet and lover Cyrano de Bergerac. He’s not being especially kind to himself. His rumbling bass brings depth and raw emotion to songs written by US rock band the National for his wife Erica Schmidt’s adaptation. As for his performance, if he doesn’t get an Oscar nomination, it will be a travesty.

For many years now, Dinklage has been a very fine actor, but in Cyrano he makes the case for being classed as a great one. Benefiting from inspired casting, he oozes soul as the bright and brilliant 17th century soldier and scholar, who pines hopelessly for the beautiful, cultured Roxanne, and ends up teaching a handsome dimwit how to woo her. There’s plenty of fine verse, of course, much of it inspired by Edmond Rostand’s 19th century play, but Dinklage’s Cyrano says most when he says nothing at all, his huge eyes staring mournfully into the camera as he helps a lesser man win the heart of the woman he loves.

Schmidt’s adaptation began as an off-Broadway show starring Dinklage and Haley Bennett, who reprises her role in Joe Wright’s film. But as Peter points out, his wife did not write Cyrano with him in mind.

“Erica was commissioned to write an adaptation of the original Rostand, which runs over four hours,” he says. “Rostand wrote in an era when people came into the theatre to get out of the cold: there were no cell phones, no distractions, so it didn’t matter how long the play was.

“But we live in a different time now, where people turn on their phones as soon as the intermission hits, and they’re half there, half someplace else at all times, so Erica stripped the play down and made those love romantic monologues into love songs that the band the National created for the show. So it really worked as a smaller chamber piece of songs and cast.

“They started doing readings at our house, with the composers and some other actors. I just was there, helping out and reading the part. But then, a couple of readings in, I wouldn’t let go and I had to do it, so I pleaded with Erica to put me in the show.”

Thank God she did, because Dinklage excellent as a man whose pride undoes his one chance at true happiness.

In Rostand’s play, inspired by the life of the real Cyrano de Bergerac, the character’s impediment to romantic success is his giant and much-ridiculed nose, but Schmidt’s adaptation begged to differ.

“She took the nose out, which I thought was a brilliant idea, because really at the end of the day, it’s a man feeling unworthy because he has a big nose, and I always thought, what’s the big deal? It’s a handsome actor in a fake nose, everybody knows it’s fake, the actor knows it’s fake — what’s he moaning about?

“So if you get rid of the nose, it makes it much more universal. My size isn’t a substitute for the nose: in the theatrical production, we didn’t address my size at all, because you don’t really have to. But in the film, we felt like we needed to do a bit more, and that the audience needed to understand that it would not have been as accepted by the world Cyrano is living in, but I thought that was a brilliant way into the story.”

The part of Cyrano has been played by some fine actors, from Christopher Plummer and José Ferrer to Gérard Depardieu and — in a comic version with a happy ending — Steve ­Martin.

“It’s a beautiful piece, and I had seen all the movies years ago,” Dinklage says, “but as an actor, I like to tune it all out when I’m doing something, just to make it my own: you don’t want to be too influenced by anyone else’s ideas.”

Dinklage believes that Haley Bennett’s Roxanne is a more liberated and less objectified interpretation of Cyrano’s beloved and unattainable love.

“Roxanne was always on a pedestal in earlier versions, a woman who’s behind glass and doesn’t really have a voice of her own,” he says. “But what Erica did is make Roxanne kind of punk rock, part of the counterculture. She holds these underground, all-female poetry salons, and she seems quite modern and liberated in a way, and Haley’s portrayal made Roxanne seem much more complicated and real.”

Though he has given many fine performances on stage and screen over the years, Dinklage is best known for his brilliant and many-layered portrayal of Tyrion Lannister in Game of Thrones. The noble-born ‘Halfman’ who deflects prejudice with his urbane wit is George RR Martin’s favourite character, and if there was a star of that fantasy drama, it was Dinklage. Its huge popularity brought unprecedented acclaim and media attention: but he is interested in acting, not fame.

Born in Morristown, New Jersey in 1969, he was raised Catholic in an Irish-American family. “My mom’s side is 100pc Irish, and a lot of my dad’s side is as well.” As an Irish-American Catholic, he got “all the guilt, but not all the beautiful countryside”. He was acting by the time he was 10.

“When you’re a kid, and you’re interested in doing theatre, the only thing that they do are musicals, you know, Charlie Brown and Pinocchio... We did Velveteen Rabbit, all that kind of stuff. Then, in high school, I had a professor who was obsessed with Gilbert and Sullivan, so every year we did one of those. They were fun.”

After school, he decided to become a professional actor, and moved to New York to start a theatre company with a friend. But he became so disgusted by the kind of roles he was offered because of his size that he quit acting for five or six years.

“I was in my 20s,” he recalls, “and very undisciplined, hanging out too much, smoking and drinking rather than getting my career in shape. I also fancied myself as a writer.

“I didn’t want to be a part of acting because of the roles I was offered, you know, munchkins and elves and sidekicks, and just stupid, idiotic, mind-numbing, soul-crushing things that these poor actors have to begrudgingly take on to pay the bills. And no judgment for them doing that — it’s just not what I wanted to be anywhere near.

“So I would just take regular jobs to pay the bills. I would take these cubicle jobs and just write poetry all day, and then get fired because they found out I was just writing poetry all day, so I’d move on to the next one. And then eventually you find your tribe, most importantly good writers, friends of yours, and who convince you to do a play that they wrote.

“One of my best friends, Jonathan Sherman — he’s an amazing writer I went to school with — and I would do readings of his plays, and people would come to see them and it naturally evolved out of that. Then somebody says, ‘Be in my movie,’ and suddenly you’re doing that. So doors always remain open. It’s your choice whether to walk through them or not.”

Memorable early appearances in the Tupac Shakur thriller Bullet and the cult comedy Living in Oblivion were followed in 2003 by a superb lead performance in Tom McCarthy’s drama The Station Agent, in which he played a misanthropic man who slowly learns how to trust others and connect with the wider world. He displayed his gift for comedy in Death at a Funeral and played Richard III off Broadway — “I’d love to do Shakespeare again some day,” he says. But it was Game of Thrones that turned him into a star. The show ended two years ago: does he miss it?

“For me, being the only American in the cast, it wasn’t just a show that I miss, it’s the life over there in Ireland. I’d live over there six months of the year, I had a daughter who went to school there, she came home to us talking with this Irish accent! I loved the community of Belfast, and of Northern Ireland… and I just miss that, I miss being a part of their lives.

“Liam Cunningham [who played Davos Seaworth in Game of Thrones] is one of my favourite human beings. I really miss that guy, and Dermot, my driver. I got really close to his family, and the people up there, the people of Ireland as a whole, the lifestyle there, which was so very unlike living where I live in New York city. I looked forward to it every year, and I miss it.”

‘Cyrano’ will be in cinemas from February 25