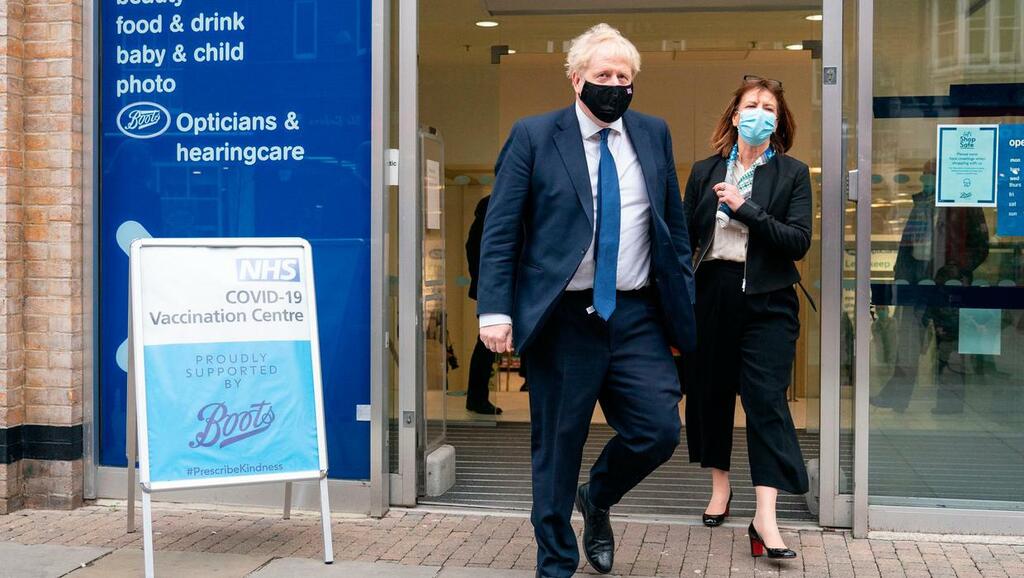 A poll found that two-thirds of UK voters want Mr Johnson to resign after it emerged a boozy No 10 garden gathering had been organised in May 2020.

Prominent Conservatives said it was “appalling” and “utterly indefensible” that the event took place. Douglas Ross, the Scottish Tory leader, said Mr Johnson should quit if he had broken the rules or misled the parliament.

A minister sent out to answer MPs’ questions was forced to insist Mr Johnson would not resign, but in a sign of waning support only a handful of Conservative MPs turned up to the Commons to listen.

Mr Johnson is today expected to spell out his defence of the gathering in May 2020, which he is said to have attended, to what is likely to be a packed House at Prime Minister’s Questions.

The fallout comes against a backdrop of unrest from scores of Mr Johnson’s own MPs, with many refusing to speak out in his defence yesterday and others voicing criticism instead.

Asked if Mr Johnson had to quit if he was at the gathering, Mr Ross said: “Yes, because you cannot put in place these rules, you cannot be the head of the government that is asking people to follow these rules and then breaking those rules yourself.”

He also told Sky News: “If the prime minister has misled parliament then he must resign.”

Savanta found 66pc agreed that Mr Johnson should resign, and 56pc of those surveyed by YouGov called for him to quit. When broken down by party allegiance, the figures were similarly worrying for No 10, with at least a third of respondents who considered themselves Tories backing a resignation.

Some 100 people were said to have been invited to the event on May 20, 2020, when the public was being told they could not socialise with more than one person outside their household.

Downing Street is yet to deny reports Mr Johnson and his wife, Carrie, attended the gathering, at which attendees were encouraged to “bring your own booze”.

The Metropolitan Police were yet to announce an investigation last night, with sources indicating they would wait until Cabinet Office passed on the email before making a decision.

The gathering is the latest in a series of alleged lockdown-busting parties held in government buildings in 2020 that has triggered claims of hypocrisy.

It can be revealed that Mr Reynolds is facing allegations of attending another boozy gathering in Downing Street that may have broken lockdown rules on December 18.

Sue Gray, the second permanent secretary to Cabinet Office, is conducting the internal investigation into all lockdown-breaching party allegations and has started carrying out interviews. She may not reach a conclusion until later this month.

Downing Street press figures and government ministers said they would not answer specific questions about the latest garden party claims until Ms Gray reported back.

Conservative MPs turned on Mr Johnson last night over the disclosures of an “utterly despicable” party in No 10, amid warnings that his premiership was “hanging by a thread”.

A series of senior Tories lashed out at Mr Johnson, with David Davis, the former Cabinet minister, describing the debacle as “one more nail in the coffin” of his administration.

Ruth Davidson, the former Scottish Tory leader, also expressed her anger. “Nobody needs an official to tell them if they were at a boozy shindig in their own garden,” she posted on Twitter.

“People are (rightly) furious. They sacrificed so much – visiting sick or grieving relatives, funerals. What were any of these people thinking?”

Antony Mullen, leader of the Conservative group on Sunderland city council, told BBC Radio 4: “I think Martin Reynolds should have been sacked and I think Boris Johnson will inevitably have to follow him.”

Other senior Conservatives heaped pressure on Mr Johnson to confirm today when he appears at Prime Minister’s Questions whether he knew about the party, whether he attended it and whether he authorised it .

One former Cabinet minister said that Mr Johnson would find himself in a bind no matter how he answered the third question. “If the answer is yes, he’s guilty as hell [of breaking the rules]. If the answer is no, it confirms there is anarchy in Downing Street – that a private secretary could act in this way without approval,” the former frontbencher said.