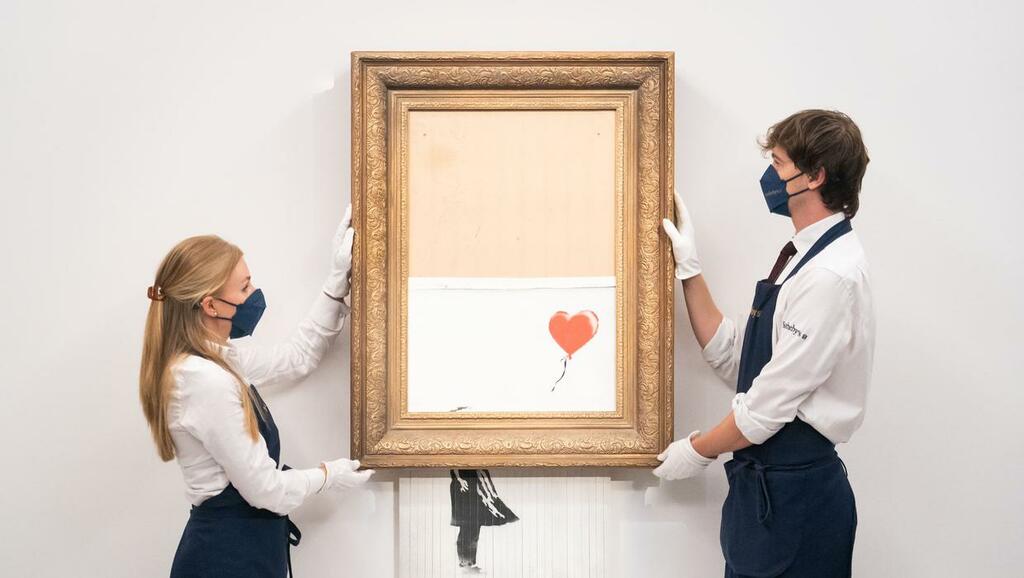 His artwork Love Is In The Bin was sold in London by auction house Sotheby’s, which said the fee was a record for the street artist.

The painting, originally titled Girl With Balloon, hit headlines in 2018 when it partially self-destructed at the conclusion of a previous auction in which it had been sold for £1.1 million.

The canvas was passed through a secret shredder hidden inside the large frame, leaving the bottom half in tatters and only a solitary red balloon left on a white background in the frame.

Love Is In The Bin outperformed its price estimate of between £4 million and £6 million.

Girl With Balloon, which depicts a small child reaching up towards a heart-shaped red balloon, was originally stencilled on a wall in east London and has been endlessly reproduced, becoming one of Banksy’s best-known images.

Alex Branczik, chairman of modern and contemporary art at Sotheby’s Asia, said: “It is almost three years to the day since one of the most ingenious moments of performance art this century made auction history.

“It has been a whirlwind to follow the journey of this now legendary piece and to have it back in our midst, offering it tonight in the very room it was created by the artist.

“Banksy is no stranger to making headlines and this latest chapter in his story has captured imaginations across the world – we can only begin to guess what might come next.”

The seller of the artwork, who placed the £1 million winning bid on Girl With Balloon, previously described the shredding of the artwork as “surreal”.

They added that he became the “accidental – but very privileged – owner of Love Is In The Bin”.

While Batman and Spiderman are discarded in a bin, the child clutches a figure of a masked nurse wearing a cape.