‘Nobody is coming into the industry due to the hours’ 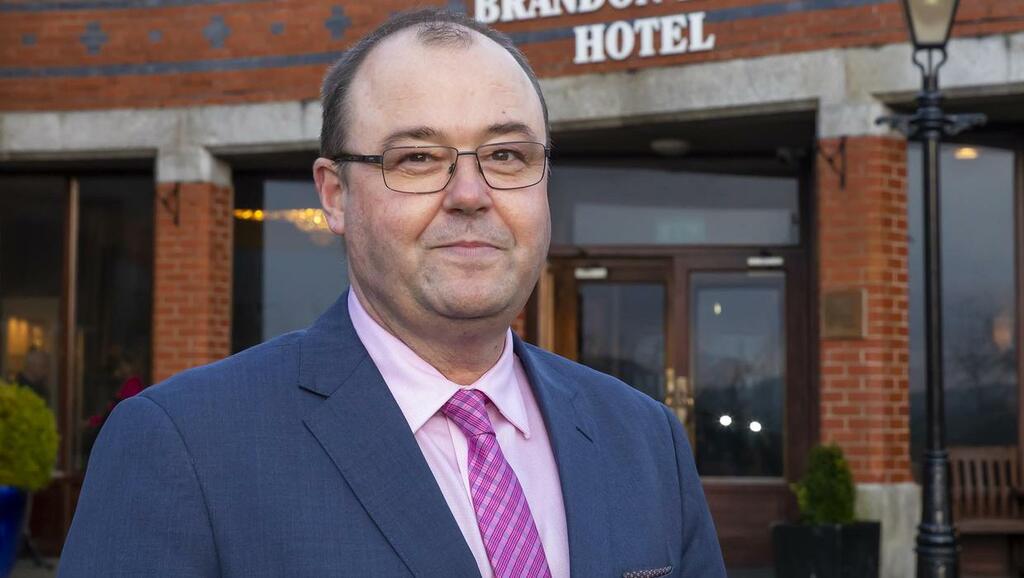 “Every waking moment” , is the response of Greg Doyle, general manager of the Brandon House Hotel in New Ross, when asked if he is concerned about the current staff recruitment crisis in the hospitality industry.

As hotels and restaurants throughout the country struggle to find staff, the Brandon has managed to get through the busy summer months after lockdown reopening with the help of working students but as autumn arrives and they return to school and college, he said ‘it is terrifying looking into the weeks ahead’.

Unlike others, he  doesn’t lay all the blame on Covid or the PUP payment but  said there has been a steady decline in interest in jobs in the hospitality sector over the past few years, with many people turned off by the unsociable hours.

“The only thing I can compare it to is the priesthood. Nobody is coming into the industry because of the long hours and the requirement to work weekends and evenings. It’s not  seen as attractive anymore.

“The chef crisis has been there for about two years. We are not an attractive industry because of the long hours. People are moving into other sectors. - Aldi and Lidl are aggressively recruiting and are paying a bit more but in hospitality, the pay is boosted by tips.”

Greg said the difficulty in recruiting staff may be more pronounced in the New Ross area whereas Wexford town, Gorey and Enniscorthy have  bigger catchment areas to draw from and workers there don’t have to travel as far.

‘”t used to be that young people worked in a hotel for the summer. We would get them starting in Transition Year and they would come back to us every year up to Leaving Cert and through four years of college.

“It went in cycles. You would get a load of them leaving and another group coming along. That is not there as much anymore. Parents are paying for their accommodation. I feel young people are missing out. It’s an environment  with a lot of variables in which they interact with a lot of different people and learn so many skills that they can take around the world.”

But he believes that the hospitality industry  is resilient and will weather the crisis by thinking differently, something that he already sees happening.

“Whereas, we would previously have looked for experience  when recruiting staff, now we’re looking at personality. We are taking on people with no experience and training them ourselves.

“We’re also getting people in who are older, who want a change from their existing job and may have always had an interest in working in the food or hospitality industry.”

At least one hotel has offered six months free board and accommodation to entice new staff to take up jobs.

“Fortunately, I have a core staff, some of them students who are staying on with us for the weekends but you find you are juggling staff around different departments a lot more.

‘We need to change the mindset of the industry. It’s a great industry and working in it is very rewarding but unfortunately, it still has a bad name. The hours are not as bad as people think and the money has improved – the problem is salaries are getting inflated because of the shortages.

“It’s also a matter of being flexible with shifts and changing our shift patterns to suit people’s lives. The staff are nearly dictating when they will work and you are having to accommodate that.

“But you can tell the people who are passionate about the industry. If they have personality and passion you can teach them any skill, it’s not rocket science.

“ In past years, people would leave school at 16 and go into the industry but it’s not viewed as a trade anymore",  said Greg who has employed a number of chefs from Sri Lanka under a Government visa scheme introduced to address the shortage of Irish chefs.

“They add a whole new element to the industry and it would be good if the Government opened it to others.

“You just can’t get chefs. You get them to interview and they go back to their employer and they’re offered more money to stay. There is no new blood coming up. I haven’t seen a commis chef in so long.’

The Brandon Hotel manager has worked in the hotel industry for almost 40 years and considers it a way of life.

“It’s a lot different from when I started out, when there were no regulations and people worked 16/17 hour days . It is regulated now.  As far as I’m concerned, it’s a fabulous industry. I find what’s happening disappointing because I love it.’

Greg said the view that the Pandemic Unemployment Payment has contributed to recruitment difficulties is a ‘very controversial’ one.

“The government pitched the payment just right at €350 which would be the average take-home wage in the industry.

“Covid gave people a lot of escape routes. The people who love the industry and wanted to work were the ones who got us through the summer. Would the industry have been any better off with the others, I don’t think so.”