New coalition government sworn in by King of Netherlands

By By Mike Corder, Associated Press 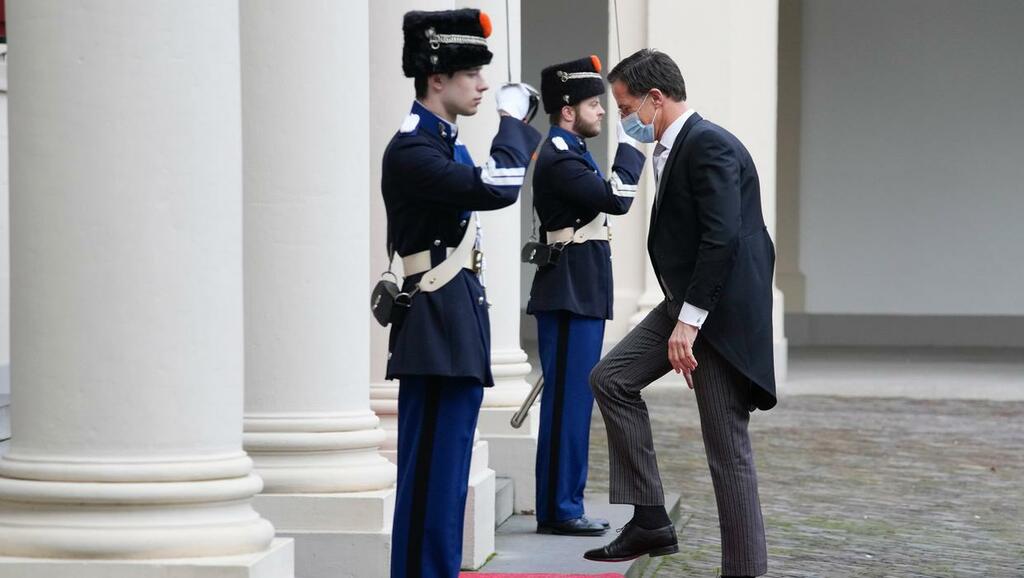 Dutch King Willem-Alexander swore in a new ruling coalition, led for the fourth time by Mark Rutte, amid a nationwide coronavirus lockdown and policy challenges ranging from climate change and housing shortages to the future of agriculture.

The ceremony in the ballroom at the Noordeinde Palace in The Hague came after a record-breaking coalition formation process following the March 17 general election that highlighted deep divisions in the splintered Dutch political landscape.

Mr Rutte, 54, has already led three coalitions and is now set to become the Netherlands’ longest-serving prime minister despite only narrowly surviving a no-confidence motion in parliament in April.

He introduced his new team one by one to the king before they were formally sworn in by agreeing to the oath of office and then posing, socially distanced, for a photo.

Willem-Alexander wished them “good health and wisdom” in their new jobs.

The swearing-in of the new government also comes almost a year to the day since Mr Rutte and his entire Cabinet resigned to accept political responsibility for a scandal involving the nation’s tax office that wrongly labelled as fraudsters thousands of parents who claimed childcare benefits.

Even so, Mr Rutte will lead a coalition made up of the same four parties that quit to end his third term.

His fourth administration is made up of Mr Rutte’s conservative People’s Party for Freedom and Democracy, together with the centrist, pro-European D66, the centre-right Christian Democratic Appeal and centrist Christian Union.

Together, they command a narrow majority in the 150-seat lower house of Dutch parliament, but are in the minority in the upper house.

For the first time in Dutch political history, half of the senior Cabinet ministers are women.

One of them, D66 leader Sigrid Kaag, the new finance minister, took part in the swearing-in by videoconference because she is isolating after testing positive for Covid-19.

“It’s a slightly different start than I’d hoped for, but I am going to begin full of energy,” Ms Kaag tweeted on Sunday.

In a policy blueprint published late last year, the new government outlined plans to cut taxes, offer almost free childcare for working parents, bring back grants for higher education students and a plan to build about 100,000 new homes each year.

The ambitious agenda will cost billions in this country, which is long known for its fiscal frugality.

The new coalition also has vowed to work to win back public trust in government that has been eroded by scandals, polarisation, frustration in parts of society at measures to tackle the pandemic and at the drawn-out coalition negotiations.

Mr Rutte said the coalition would seek to work together with “society and with our political colleagues” in parliament to implement reforms.

He has yet to convince everybody.

Outside the palace, a protester sang: “Rutte take your rubbish with you.”