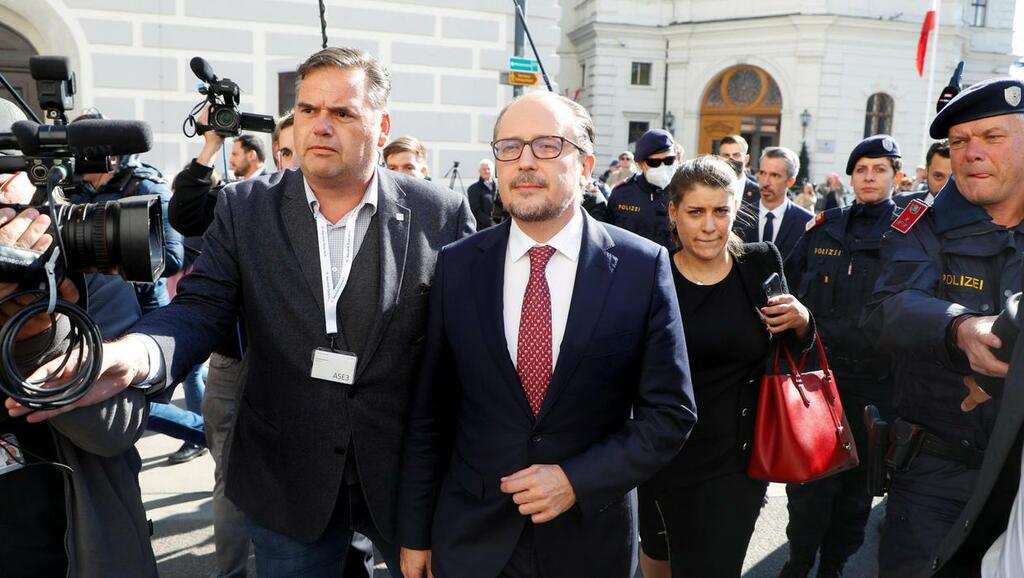 The Greens, the junior partner to Mr Kurz’s conservatives, had demanded Mr Kurz’s head after he and nine others were placed under investigation last week on suspicion of varying degrees of breach of trust, corruption and bribery.

Mr Kurz, who denies wrongdoing, has been the undisputed leader of his party until now and is taking on an additional role as his party’s top lawmaker in parliament. His opponents say he will continue to control policy from those positions and act as “chancellor in the shadows”.

“I believe the accusations that have been made (against Mr Kurz) are false and I am convinced that at the end of the day it will turn out that there was nothing to them,” Mr Schallenberg, a career diplomat who has become a close Kurz ally, said in a statement.

“I will of course work very closely... with Sebastian Kurz,” he said in his first pronouncement after moving from his position as foreign minister.

Mr Schallenberg said he wanted to provide “responsibility and stability” but his remarks did little to appease the opposition.

“My impression is that he intends to do exactly that: go back to business as usual and act as if nothing happened,” said Beate Meinl-Reisinger, leader of the liberal Neos party as she called on Mr Schallenberg to fight corruption.

Mr Kurz also pushed back against opposition criticism. “I am not a chancellor in the shadows,” he said on Twitter.

Anti-corruption prosecutors say they suspect conservative officials in the finance ministry used state funds to pay for manipulated polling and coverage favourable to Mr Kurz to appear in a newspaper starting in 2016 when he was seeking to become party leader. He succeeded and won a parliamentary election the next year with pledges to take a hard line on immigration.

Critics accuse Mr Kurz of overseeing a system that flouted rules on issues like party funding and appointments to state jobs in pursuit of power for him and allies. Mr Kurz, who is under investigation separately for perjury, says all accusations are false.

“All opposition parties agree there is no change to the Kurz system. He still has all the strings in his hands and designated Chancellor Schallenberg is part of this Kurz system,” Kai Jan Krainer of the Social Democrats, who was on a parliamentary commission of inquiry that looked into possible corruption under a previous Kurz government, told ORF radio.

At Schallenberg’s swearing-in, President Alexander Van der Bellen said public trust in political institutions had been damaged by the investigation and text-messages that appeared to show Mr Kurz and his allies acting cynically behind the scenes.
In some of the text-message exchanges, reported by Austrian media, Mr Kurz calls a rival an “ass”. He expressed regret at the wording of some texts in his resignation speech on Saturday.