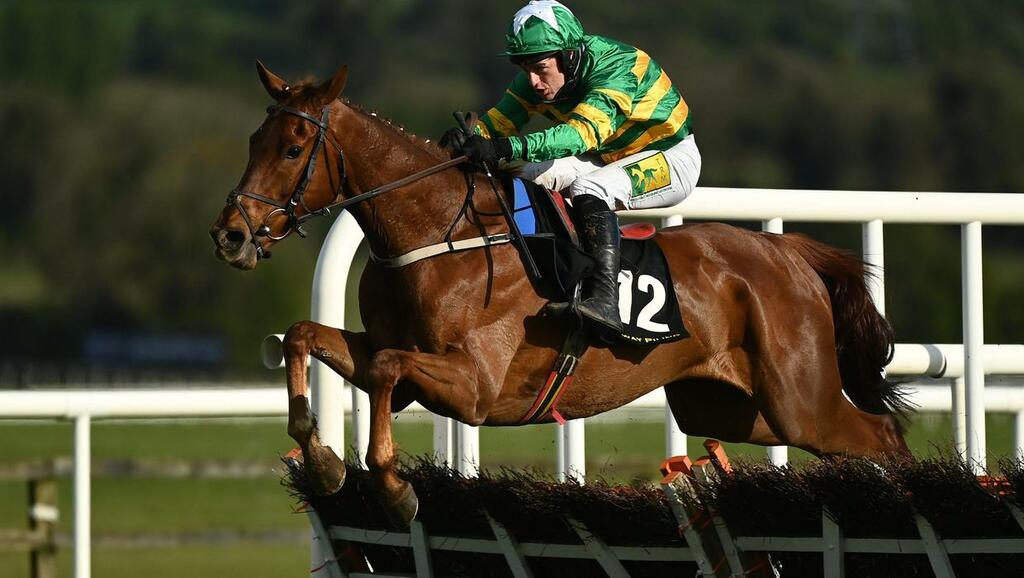 Racing fans may not have been blown away by Bob Olinger on his chasing debut, but Henry de Bromhead’s charge is being judged by the highest standards after a sensational stint over hurdles.

His display in last year’s Ballymore at the Cheltenham Festival was nothing short of breathtaking, but it’s only natural that it may take the seven-year-old some time to get his bearings over fences.

Bob Olinger still got the job done with the minimum of fuss at Gowran Park in November – when subsequent Grade One winner Master McShee was back in third – with his next test in the Kildare Novice Chase (2.20) at Punchestown tomorrow.

He looks the most likely winner en route to Cheltenham – where he is no bigger than 6/4 for the Turners Novices’ Chase – but this is anything but a penalty kick with a handful of smart chasers throwing down the gauntlet to him.

Willie Mullins sends Capodanno and Gaillard Du Mesnil in pursuit for this Grade Three prize, but the latter was no match for Bob Olinger over smaller obstacles and disappointed on his chasing debut when third at Naas last month.

His stablemate Capodanno prevailed on that occasion and there was so much to like about the six-year-old as he defied a disastrous mistake at the second last fence before rallying to prevail a shade cosily at the finish.

The JP McManus-owned gelding has won over three miles so a searching stamina test may suit him best over this 2m4f trip and if there is to be a fly in the ointment, it could be Mark Walsh’s mount and he represents excellent each-way value with eight runners.

Mullins has landed this prize with classy sorts like Sir Des Champs (2012), Djakadam (2014), Vautour (2015) and Yorkhill (2017) in the past decade when it was staged at Leopardstown and he can do so again, while the Closutton maestro also holds the aces in the Sky Bet Moscow Flyer Novice Hurdle (12.15).

The feature race at the Kildare track kicks off proceedings in style and while there may have been a shock success for 22/1 shot Dreal Deal last year, six of the last 10 favourites have obliged so the market is usually a good guide.

Dysart Dynamo, unbeaten in his three starts including two wide-margin bumper wins, could hardly have been more impressive on his hurdling debut at Cork last month and he is the one to beat.

Mullins has landed this contest on seven occasions – including with the likes of Mikael D’Haguenet (2009), Vautour (2014) and Douvan (2015) which went on to secure Cheltenham success later that year – and he is also represented by Hawai Game.

The five-year-old was a good winner on his Irish debut at Naas last month despite racing keenly and will stake a claim under Walsh while Gordon Elliott’s Challow Hurdle third Gringo D’Aubrelle is another which cannot be discounted under Davy Russell with Grade One form in the book.

Preference is for the exciting Dysart Dynamo under Paul Townend, though, while Noel Meade’s Daly Tiger can also land the Easter Festival 16-18 April Hurdle (12.50) at Fairyhouse today under Eoin Walsh.