Miracle escape for pilot as train smashes into his crashed plane 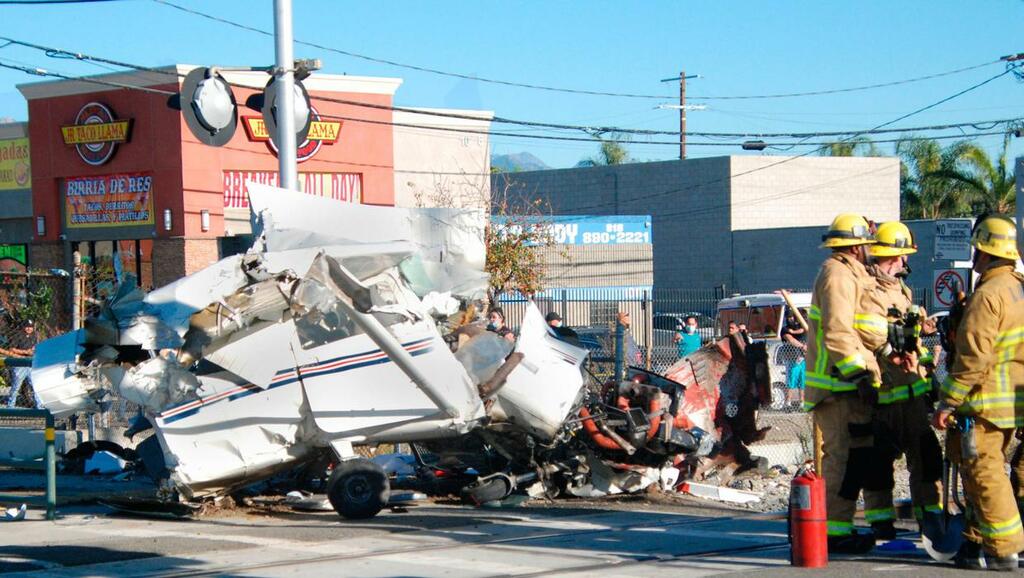 The pilot of a light aircraft which had crash-landed on a railway was rescued by police moments before a train ploughed into his plane.

Seconds later a train can be seen colliding with the plane at speed.

The police officers and pilot are just a few feet away from the tracks when the passing train destroys the plane.

The department’s Twitter account praised the officers’ “heroism and quick action”, saying that they saved the pilot’s life.

The pilot was treated for his injuries, which were described as “minor”, in hospital, officials said.

The Cessna 172 crashed into a railway for California’s Metrolink commuter train after departing from Whiteman Airport in Pacoima, Los Angeles.

It was close to the Los Angeles Police Department’s station in Foothill on Osborne Street.

Officials said the aircraft suffered a loss of power.

LAPD officer Antonio Delatorre said the pilot, in his 70s, was pulled from the wreckage at about 2pm local time.

No one in the train was injured, the Los Angeles Fire Department said on Facebook.