It is news that has stunned football, and will change the entire football world regardless of what happens next.

Many of the most influential figures in the game were already working out how they could secure one of the greatest players of all time, and still the best right now. Phones have been ablaze.

It is all from a simple 10-word statement, that is at once the saddest and most sensational development in a famous club’s history.

“Latest news: Leo Messi will not continue with FC Barcelona.”

There is plenty of intrigue about what next, but almost as much in what led to this – which is why his future at Barca may be far from over.

The first thing that should be said is that there is actually a bit of a sadness that Messi isn’t finishing his career at the club that saw him become a complete player. There was something gloriously old-fashioned about the idea, to go with the sort of footballer Messi is.

The second thing to say is that it is almost moral punishment for the way the modern Barca have been run. Their full statement confirming the news featured a pointed dig at La Liga.

“Despite FC Barcelona and Lionel Messi having reached an agreement and the clear intention of both parties to sign a contract today, this cannot happen because of financial and structural obstacles (Spanish Liga regulations).”

The fundamental problem was that, under the competition’s rules, the club could not register a new player until some of their wage bill had been cleared. A new player was what Messi became when his last contract was allowed to run out.

It was during Euro 2020, however, that murmurs started to grow that the Spanish league would not bend. The Super League plans exacerbated tension. There was a new feeling through the competition.

That is also the second effect of that statement, beyond announcing that Messi would not be continuing at Barca – for now.

It puts immense pressure on La Liga, both to change the financial restrictions and effectively make an exception for two of their most valuable assets. It is so conspicuous that this comes a day after news that the competition had agreed to sell a 10pc stake to CVC Capital Partners for €3bn. The departure of a player like this could have huge consequences for La Liga’s recent price-to-earnings valuation.

And yet such a situation, with so many politics, naturally leads to a lot of speculation and questions within the game.

Many high-profile figures are openly wondering whether all of this is just a play from Barcelona to facilitate a new era without political backlash. The reality of the post-Covid modern game is that, outside England, clubs need to be financially lean and flexible to progress. It has been the lesson of teams like Atalanta and Sevilla.

Barcelona were anything but lean and flexible, especially with Messi occupying so much of the wage bill. It basically blocked them doing anything different.

This situation would allow them to greatly free up those finances, and rebuild anew, with the blame for losing their greatest ever player being directed elsewhere. Squarely, at Javier Tebas.

As one source who works at the top of the game immediately said on seeing the news, “There’s no point in Barca getting a massive bailout from this CVC sale and then wasting it all on a 34-year-old”.

A pertinent question is whether the Messi camp upped demands after the deal with the investment.

Whatever the truth, this situation will have huge ramifications for the game no matter what happens.

If La Liga bend, and restrictions are relaxed to allow Messi to stay, it is an abrupt end to attempts to restructure the competition’s finances. A previous spirit of recklessness – that has proven so costly, and directly led to this – will have effectively been sanctioned. The big clubs will again be getting exemptions, even after the Super League.

The chance for a new order in Spanish football – and, by extension, European football – will be greatly affected.

There is one point there that shouldn’t go without stressing, mind. As laudable as attempts to encourage economic prudence are, there are deep ironies to talking about financial responsibility while selling off a chunk of your competition – a national institution – to private equity. That is something else that may ripple out, and have all manner of repercussions and political complications.

For now, if La Liga don’t bend, and Messi is “forced out”, we have the greatest player in the world going to another club. It greatly changes the very gravitational pull of the game.

If he follows Romelu Lukaku to England, as the most obvious example, it means the Premier League will likely have taken the two biggest stars from Spain and Italy. That is a problem for European football as a whole.

Even Messi might find more problems than he anticipates in this situation, though.

“His camp will get a shock when they realise that the next highest bidder will be so much lower than what Barca pay him,” the same source says.

Paris Saint-Germain and Manchester City look the most likely destinations, as among the few clubs that could afford him.

That raises another point in this.

No one should be under illusions about any modern footballer, and there are some at Barca who won’t talk glowingly about Messi as a person, but there is still a purity about how he plays and what he inspires. It would be slightly sad if that was just bought up by one of the sportswashing vehicles, as an immediate reinforcement of their power.

The truth is that it would actually be a shame if he went to any of the super-clubs, but that is the reality of the modern game. They’re the only clubs he can go to. That power structure is what has directly led to this situation, this stand-off. It is just another lesson in 2021 as to why the game greatly needs to consider its competitive future.

Right now, it could have repercussions for others. Harry Kane thought he had a chance of going to City last summer, only for their sudden interest in Messi – in a similar situation – to end that.

Could the same be possible now? It might leave Kane’s recent play looking even more ludicrous.

And yet, big as that story is, it just looks parochial next to this. 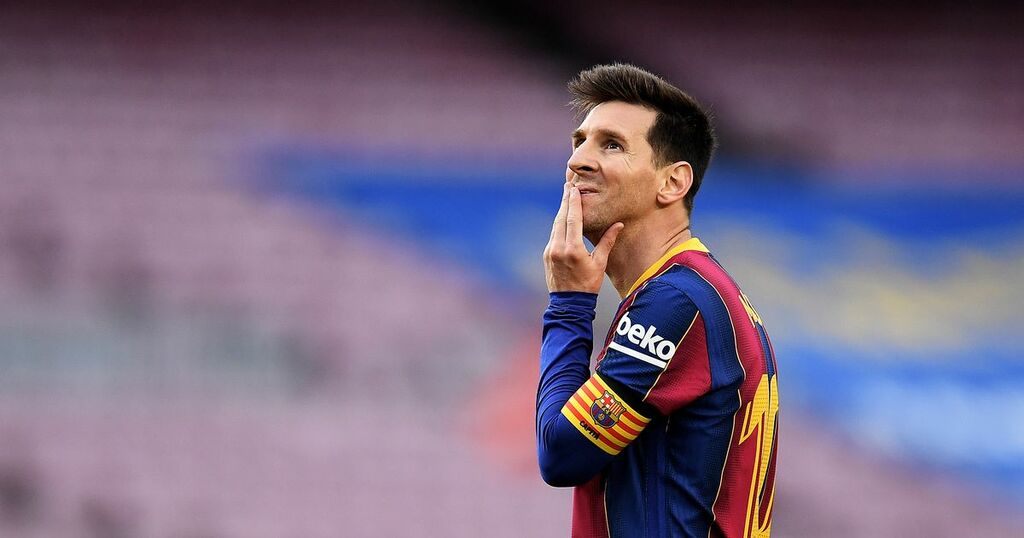 Daily Mirror
From analysis to the latest developments in health, read the most diverse news in one place.
Piers Morgan's Lionel Messi swipe as Barcelona announce exit of 'world's second best player'

Morgan was reacting to the shocking news that after 21 years of being with Barcelona, Messi is to leave the…

Cules of Kerala, an association of FC Barcelona fans in Kerala, was officially recognised by the Catalan giants only last…