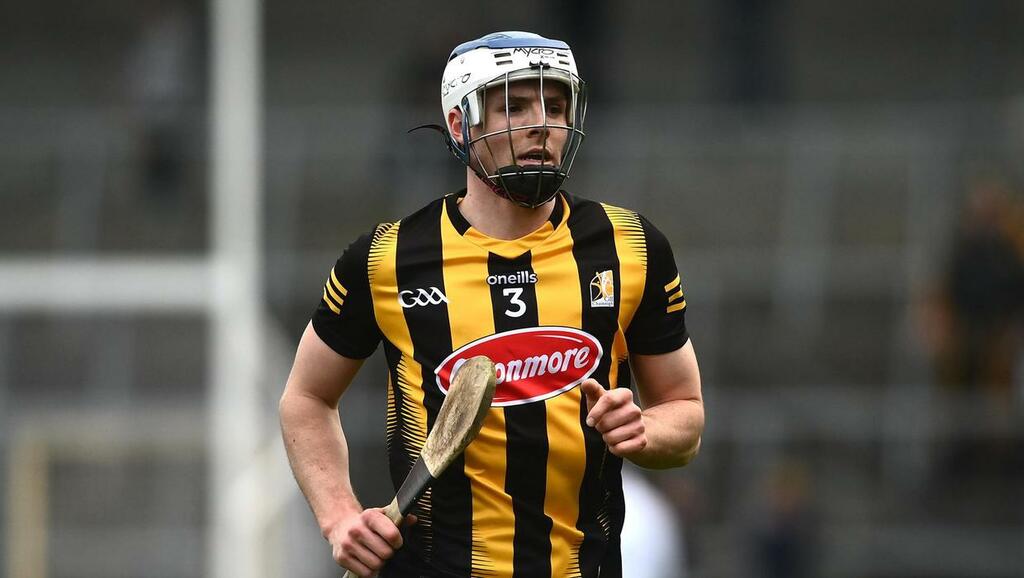 Brian Cody forced into late change as Kilkenny and Dublin name teams for Leinster Championship clash
BRIAN Cody has been forced into a change at full-back for tomorrow’s Leinster SHC clash with Dublin in Parnell Park.

Another weekend in the Leinster hurling round-robin, another easy win for Galway, another hammering for Laois.

For the second successive year Meath 'won' the second half of a Leinster football semi-final against Dublin.

Not for the first time, Kilkenny laid ruin to Dublin designs on the championship, overpowering Mattie Kenny’s side on a beautiful summer’s evening in Parnell Park.

The small ground was sold out in anticipation of a tight contest, Dublin starting the day unbeaten and day leading the group. But after a thrilling and competitive first half they were totally mastered from there to the finish.

Kilkenny were smarting from a narrow loss in Salthill and while it is nothing new to see them bring a determined demeanour to any challenge, there was a real venom and purpose to their play after half time.

Having led by a Mossy Keoghan at the interval, they won the second half 2-14 to 0-6. That spoke volumes for their superiority.

With Wexford dropping a point to Westmeath, only Galway hurlers are guaranteed survival beyond the group stages.

But Dublin travel to Salthill next Saturday facing a major task in trying to rally spirits after this emphatic defeat. Kilkenny will host Wexford on the same day looking well on course to reach the Leinster final and stay on course for a third provincial win in a row.

Keoghan was one of four late changes to their team and all prospered. The Tullaroan man justified his inclusion with 2-1, his first goal coming in the 28th minute when the teams were tied, having shared 18 points.

They had been level on six occasions in a rip-roaring contest full of hard and unflinching hits, with Padraig Walsh picking up a yellow card near the interval.

Keoghan won a delightfully flighted delivery from Adrian Mullen and sent his shot past Sean Brennan for his first goal.

Dublin rallied with scores from Donal Burke and Rian McBride, but Kilkenny closed out the half with points from Alan Murphy and Keoghan to lead 1-11 to 0-11.

It could have more but for seven wides and one attempt dropped short yet there was no sign of the Dublin collapse to follow.

Conor Burke and Chris Crummey provided three of Dublin’s 11 first-half points and Daire Gray hit an inspirational score, as did Fergal Whitely, but, ominously, they could not pose any goal threat, with Ronan Hayes failing make much impact and often drifting out the field.

Before half time Aidan Mellet was taken off, Mark Schutte coming to add more muscle. Burke had five of their scores, two from play.

From there Kilkenny stormed clear. In the first half Cian Kenny, another of their late inclusions, scored three points playing in the inside forward line and soon after the break he took his total to four.

That move caught Dublin totally off guard but the goals were the real difference in their timing, filling Kilkenny with more confidence.

At one stage TJ Reid had a shot for a goal from an audacious distance that smacked of hubris, but by then he could afford the indulgence as his team was coasting. He finished the match on 1-7, four points from frees.

Dublin got lost in the blizzard. In the second half McBride forced a save off Eoin Murphy, while James Madden flashed a shot low across the goal but they couldn’t make any headway against an outstanding Kilkenny defence, missing Huw Lawlor through injury.

Conor Delaney came in and kept a tight reins on Hayes while Mikey Butler had a marvellous match, Tommy Walsh also ruthless in closing down Dublin’s attack.

Having fallen five points in arrears early in the second half, two scores from Donal Burke left Dublin just a goal behind with 11 minutes played.

But a minute later Keoghan scored his second goal after initial work by TJ Reid, Keoghan spinning and shooting low to the net from around 20m.

In the 54th minute Reid scored their third goal, Dublin’s defence failing to track his run, and the rest was a painful wait to the whistle for the home followers.

Alan Murphy and Richie Reid were also recalled to the starting team, and Murphy made the most of his opportunity by scoring three first-half points and putting in a huge work shift.

Beside him Adrian Mullen was back to his old form which will greatly encourage Kilkenny, the Ballyale man scoring five points from play, with some exemplary striking from long range.

Worryingly for Wexford, Eoin Cody had a relatively quiet evening and didn’t register until almost an hour into the match. Walter Walsh was taken off at half time and Padraig Walsh followed him in the 48th minute.

Dublin’s best hurling came in the first half with Conor Burke playing well and contributing two points, when they were a match for their rivals, who they last defeated in the championship in 2013.

When these counties met in the league Kilkenny inflicted one of those defeats on Dublin that seemed to make it an affront to consider the result could have been any other way.

But Dublin came to this with hopes of leaving a marker and in the fourth year of Mattie Kenny’s reign there was a feeling that they could.

There was certainly a feeling that they needed to. They are down, but they are not out. Kilkenny, after the upset of losing in Galway, are very much back on track.

Brian Cody forced into late change as Kilkenny and Dublin name teams for Leinster Championship clash
BRIAN Cody has been forced into a change at full-back for tomorrow’s Leinster SHC clash with Dublin in Parnell Park.

Another weekend in the Leinster hurling round-robin, another easy win for Galway, another hammering for Laois.

For the second successive year Meath 'won' the second half of a Leinster football semi-final against Dublin.