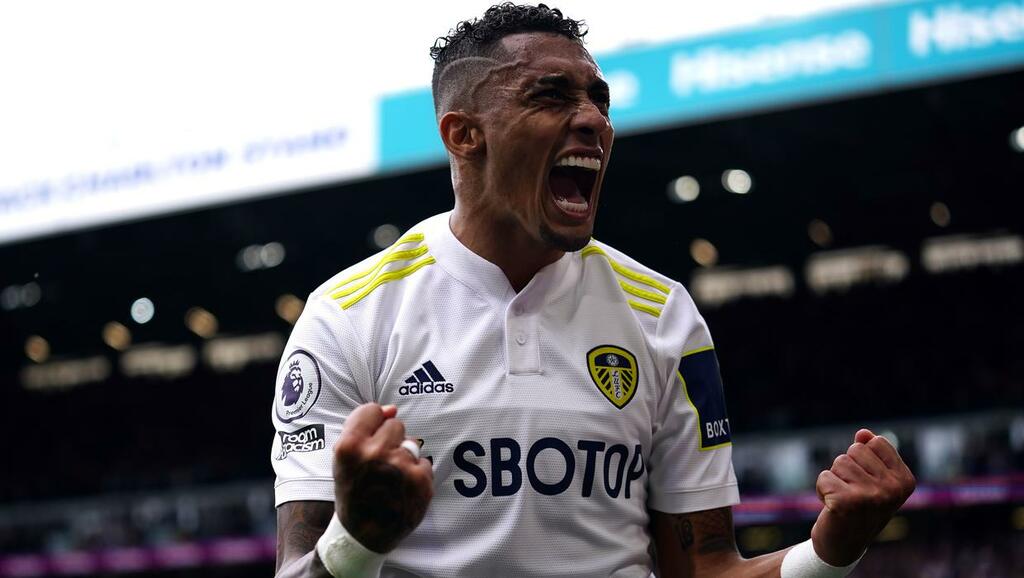 Marcelo Bielsa has not ruled Raphinha out of Saturday’s Premier League game at Southampton despite his involvement with Brazil.

Raphinha is reportedly poised to make his first start for Brazil in the early hours of Friday morning against Uruguay in a World Cup qualifier.

“There is no doubt that it’s a short turnaround,” Bielsa said on Thursday. “The options he has to participate in the game on Saturday depends on whether he plays this final game tonight, how many minutes he plays, how he finishes the game after participating in it and how efficient his rest in the next 36 hours is.

“Considering that a third of those hours he will spend on a flight and if there is any risk that fatigue could cause injuries, then we won’t risk it.

“There are so many aspects to consider that I can’t offer you any certainty either way.”

Raphinha, a stand-out performer for Leeds during their slow start to the season, completed an impressive international debut off the bench in Brazil’s 3-1 World Cup qualifying win in Venezuela last Friday.

The Leeds winger was a second-half substitute in Sunday’s goalless qualifying draw in Colombia and is fancied to make his full debut for Tite’s side against Uruguay in Manaus.

Leeds must bid for their second Premier League win of the season at Southampton without striker Patrick Bamford again.

Bielsa confirmed Bamford remains absent due to the ankle injury which has kept him out of Leeds’ last two league matches.

Kalvin Phillips “has a chance” of being available, Bielsa said, after being withdrawn from the England squad last week due to a calf strain.

Bielsa also revealed Germany defender Robin Koch – sidelined since the opening-day defeat at Manchester United – is currently in America to undergo a minor procedure to resolve a troublesome pelvic problem.

Luke Ayling continues to recover from a small knee operation, but Jack Harrison, Stuart Dallas, Adam Forshaw and Crysencio Summerville are all in contention.

Leeds sit 16th in the table, one place and two points above Southampton, who remain one of four teams yet to win in the top flight this season.

Ralph Hasenhuttl’s side have drawn four of their first seven matches, losing to Wolves and Chelsea since last month’s 0-0 draw at Manchester City when they were unlucky not to take all three points against the champions.

“The games are always very difficult,” Bielsa added. “Some games are more than difficult. It’s impossible to say before the game.

“What we are absolutely sure of is Southampton are going to be very difficult to overcome.”