Cameron Smith, the Open champion, has signed a $100million-plus (€98m) deal to join LIV Golf in a major coup for the Saudi-backed rebel series.

It is understood the Australian – who declined to comment on a potential deal immediately after his dramatic win at St Andrews – will now play at LIV’s upcoming event in Boston. While Phil Mickelson, Bryson DeChambeau and Brooks Koepka were also seen as major coups, the signing of Smith is seen as arguably more significant given he is currently World Number 2.

LIV refused to comment but Greg Norman, the architect and chief executive of the series, is understood to have reached an advanced stage with Smith prior to the Open. He will almost certainly have commanded a bigger fee since, having been initially offered around $100million.

A formal announcement is not expected until the three-week FedEx Cup play-off series has finished, Smith reaffirmed his commitment to it last month and is in the field in Memphis tomorrow. Smith, who is second on the FedEx standings and one of the favourites to land the $18million title, could heap major embarrassment on the PGA if he secures the biggest cheque in golf before announcing his defection.

Immediately after the 28-year-old’s Open title at the Home of Golf, it was revealed that Norman was keen to build an all-Australian team. Australian golfer Cameron Percy appeared on Australian network RSN Radio via phone on Monday, suggesting Smith and Marc Leishman were on their way to LIV.

“Unfortunate, yeah, they’re gone,” Percy told RSN. He has since elaborated on the comment, telling Australian Golf Digest: “Look, I was just conveying what was said in the locker room during the many rain delays we’ve had on tour the past few weeks.”

He is certain to play on the FedEx as the PGA Tour have so far waited until the players actually hit a ball in LIV until they have banned them. The Tour’s policy in throwing out players was being put to the test in court in California on Tuesday, with Talor Gooch, Matt Jones and Hudson Swafford launching efforts to overturn their suspensions.

Smith, who has already claimed $3.6million for winning the Players Championship this year, will join the other rebels for the first time at LIV’s International in Boston from September 2. Sources said he had already agreed in principle before the Open for about $100million “but his fee will have gone up”.

LIV supremo Norman had been the last Australian to lift the Claret Jug in 1993 prior to Smith, who has previously said it was “not good” to be asked about the breakaway. “My team around me worries about all that stuff,” he said at St Andrews. “I’m here to win golf tournaments.” 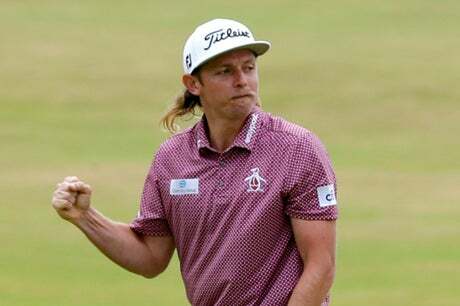 Evening Standard
From analysis to the latest developments in health, read the most diverse news in one place.
Cameron Smith refuses to deny LIV move with Open champion 'set to join' rebel tour

Rumors have circulated about Smith since his win at the 150th Open.