Séamus Power and Pádraig Harrington finished with eagle threes but have a mountain to climb to claim victories in the southern United States.

Harrington went into the third round of the opening senior major of the season, the Regions Tradition in Alabama, just two shots behind his US Ryder Cup nemesis Steve Stricker.

But while he finished with an eagle three for a two-under 70, he had 33 putts and fell from tied second to tied fourth, six shots behind Stricker on 11-under par.

"Struggled today," Harrington said after three-putting twice and playing his first six holes in two-over-par. "Lost momentum on the greens. Saved the day a little with an eagle at the last."

Having three-putted the first for bogey, Harrington three-putted for a par-five at the fifth, then bogeyed the sixth to fall six shots behind Stricker at Greystone Golf and Country Club.

He would birdie the eighth and 13th to keep pace but had to make an eagle three at the par-five 18th just to get to within six shots of Stricker, who made seven birdies in a six-under 66 to lead by three shots from Steven Alker on 17-under par.

"We're great friends, he's a great guy, he doesn't take anything personal," Stricker said of his Saturday pairing with the Dubliner.

"But we did do him up in Whistling Straits. That shows what kind of class of player and guy he is. We had a good time out there."

Alker shot 65 to get to 14-under with Miguel Angel Jiménez third on 12-under after a 67, leaving Harrington tied fourth with Australian Stuart Appleby (68) on 11-under.

It was also a slow day for Power in the low scoring AT&T Byron Nelson at TPC Craig Ranch near Dallas.

The West Waterford man mixed three birdies with two bogeys in his first 15 holes to fall from tied ninth to outside the top 40 before he knocked in a 30 footer for a closing eagle three.

A three-under 69 still saw Power lapped by the field, leaving him tied for 18th on 14-under par.

He's seven shots behind Colombia's Sebastian Muñoz, who shot 66 but still leads by just one stroke from hometown favourite Jordan Spieth, who shot 64, on 21-under par.

Spieth has been attending the tournament since he was a child and now he has a chance to win the week before he attempts to complete the career grand slam in the PGA Championship at Southern Hills in Tulsa.

"Having a chance to win this event, this will be kind of the best chance I've maybe ever had going into Sunday," Spieth said. "So, it's really exciting, a lot of friends and family out, done a good job not putting too much pressure on myself.

"I just wanted to get into contention and obviously see what needs to be sharpened for next week. But there's no better prep for a major than winning the week before…You can't take your foot off the gas out here or you get lapped."

Chile's Joaquin Niemann is third, two shots behind Muñoz on 19-under with Justin Thomas a shot further back in tied fourth with James Hahn (61) on 18-under,

"The course is playing very easy," Thomas said. "You just kind of have to just keep your head down and just keep trying to make birdies."

On the LPGA Tour, Stephanie Meadow made two early birdies but bogeyed the seventh and double-bogeyed the 13th to card a 73 in the Cognizant Founders Cup in New Jersey.

A level par, she's tied 69th, 17 shots behind Australia's Minjee Lee, whose 69 gave her a one-shot lead over Madelene Sagstrom (67) on 17-under at Upper Montclair Country Club near New York City. 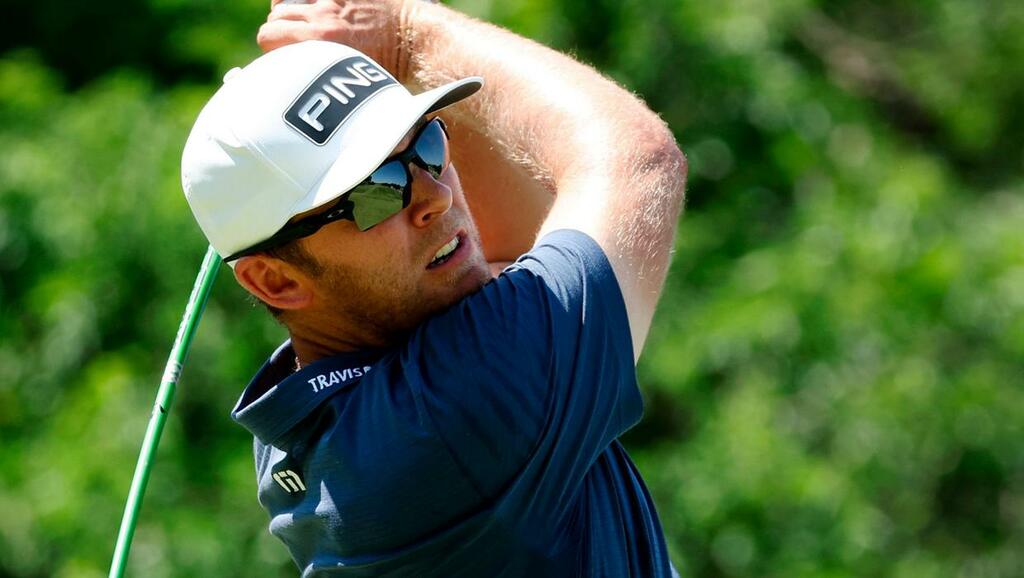 Pádraig Harrington will go for broke if he has to, but for now he's hoping to keep Steve Stricker in…