Kishida vows to lead with ‘trust and empathy’ to fix Japan

By By Mari Yamaguchi, AP 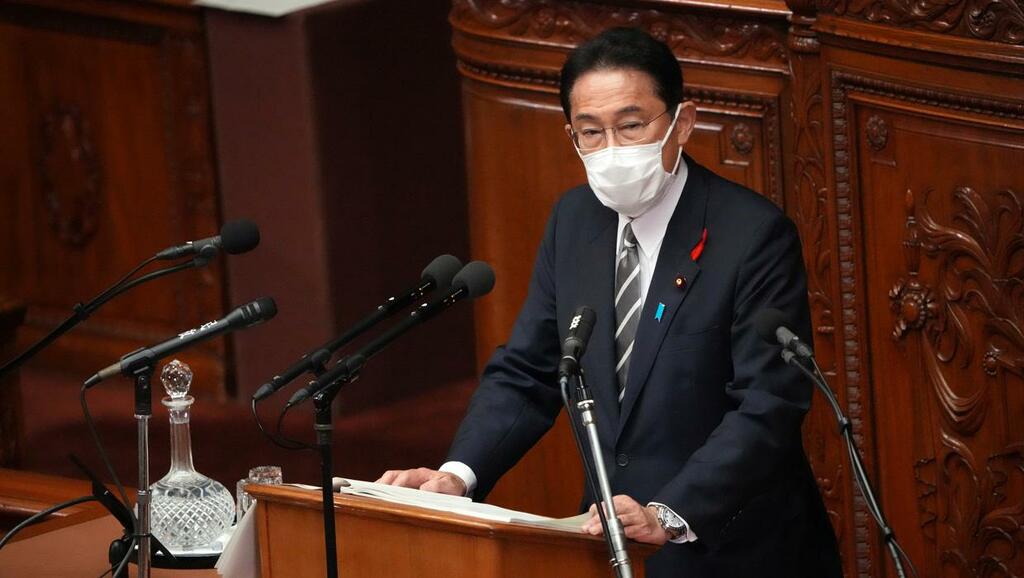 Japan’s new prime minister Fumio Kishida has promised to strengthen pandemic management and healthcare in the event of another coronavirus resurgence.

In his first policy speech, Mr Kishida also pledged to turn around the battered economy while bolstering the country’s defences against threats from China and North Korea.

Tasked with a crucial mission of rallying public support ahead of national elections expected on October 31, Mr Kishida promised to pursue politics of “trust and empathy”.

He was elected by parliament and sworn in on Monday as Japan’s 100th prime minister, succeeding Yoshihide Suga, who left after only a year in office.

His successor said: “I will devote my body and soul to overcome the national crisis together with the people to pioneer the new era so that we can pass a bountiful Japan to the next generation.”

He promised to be more attentive to public concerns and needs, and prepare virus measures based on “a worst-case scenario”.

That includes taking advantage of a drop in infections to improve crisis management before the weather turns cold, approving Covid-19 treatment pills by the end of December and digitalising vaccine certificates for use at home as Japan gradually tries to expand social and economic activity, Mr Kishida said.

He said the security environment has become more severe, and that he would revise Japan’s national security and defence strategy to bolster missile defence capability and naval defence.

“I’m determined to defend our land, territorial seas and air space, and the people’s lives and assets, no matter what,” Mr Kishida said.

The Japan-US alliance remains as the “lynchpin” of diplomatic and security policies, he said, and vowed to further elevate the partnership, which “also serves the foundation of peace and prosperity in the Indo-Pacific region and the entire world”.

Mr Kishida added that “establishing a stable relationship with China is important not only for the two countries but also for the region and the international community”.

However, Japan, when necessary, will “speak up” against China’s unilateral and coercive activity in the region, while cooperating with other like-minded democracies, he said.

China has become bolder in pursuing its territorial claims in the disputed South China Sea, where it constructed several man-made islands and turned them into military installations, as well as around the Japanese-controlled East China Sea island of Senkaku, which China also claims.

Beijing has also escalated its military activities around self-ruled Taiwan, which it views as part of its territory.

Mr Kishida said North Korea’s missile and nuclear development cannot be tolerated, but Japan seeks to normalise diplomatic ties with Pyongyang by resolving the “unfortunate (wartime) past”, and the decades-old issue of Japanese citizens abducted to the North.

Mr Kishida repeated that he is ready to meet North Korean leader Kim Jong Un in order to make a breakthrough.

He repeated his policy goals made during the recent governing party leadership race, and pledged to achieve “a positive cycle of growth and distribution” in a society that balances daily lives and the danger of the coronavirus.

The prime minister said he seeks to promote growth by investment into cutting-edge research and development and promoting digitalisation to modernise bureaucracy, services and industries, while encouraging companies to hike wages.

He also wants to step up government support for education and living costs.

Many experts, however, are sceptical if raised incomes could be possible.

Mr Kishida said he hopes to close divisions caused by the pandemic that has worsened gaps between the rich and the poor.