North Korea imposed a nationwide lockdown yesterday to control its first acknowledged Covid-19 outbreak after holding for more than two years to a widely doubted claim of a perfect record keeping out the virus .

The outbreak forced leader Kim Jong Un to wear a mask in public, likely for the first time since the start of the pandemic, but the scale of transmissions inside North Korea was not immediately known.

A failure to slow infections could have serious consequences because the country has a poor healthcare system and its 26 million people are believed to be mostly unvaccinated. Some experts say North Korea, by its rare admission of an outbreak, may be seeking outside aid.

The official Korean Central News Agency (KCNA) said tests of virus samples collected on Sunday from an unspecified number of people with fevers in the capital, Pyongyang, confirmed they were infected with the Omicron variant.

In response, Kim called at a ruling party politburo meeting for a thorough lockdown of cities and counties and said workplaces should be isolated by units to block the virus from spreading. He urged health workers to step up disinfection efforts at workplaces and homes and mobilise reserve medical supplies.

Kim said it was crucial to control transmissions and eliminate the infection source as fast as possible, while also easing inconveniences to the public caused by the virus controls.

He insisted the country will overcome the outbreak because its government and people are “united as one”.

Despite the elevated virus response, Kim ordered officials to push ahead with scheduled construction, agricultural development and other state projects while bolstering the country’s defence posture to avoid any security vacuum.

North Korea’s state TV showed Kim and other senior officials wearing masks as they entered a meeting room, although Kim removed his mask to speak into a set of microphones.

Still photos distributed by KCNA showed Kim unmasked and sitting at the head of a table where all other officials remained masked.

He has previously spoken to huge crowds without a mask and his decision to be seen with a mask could be aimed at raising public vigilance.

North Korea did not provide further details about its new lockdown.

But an Associated Press photographer on the South Korean side of the border saw dozens of people working in fields or walking on footpaths at a North Korean border town – an indication the lockdown does not require people to stay home, or it exempts farm work.

The measures described in state media and Kim’s declaration that economic goals should still be met could indicate that North Korea is focusing more on restricting travel and supplies between regions, analyst Cheong Seong-Chang at South Korea’s Sejong Institute said.

North Korea’s government has shunned vaccines offered by the UN-backed Covax distribution programme, possibly because they have international monitoring requirements.

Seoul’s Unification Ministry said South Korea is willing to provide medical assistance and other help to North Korea based on humanitarian considerations. 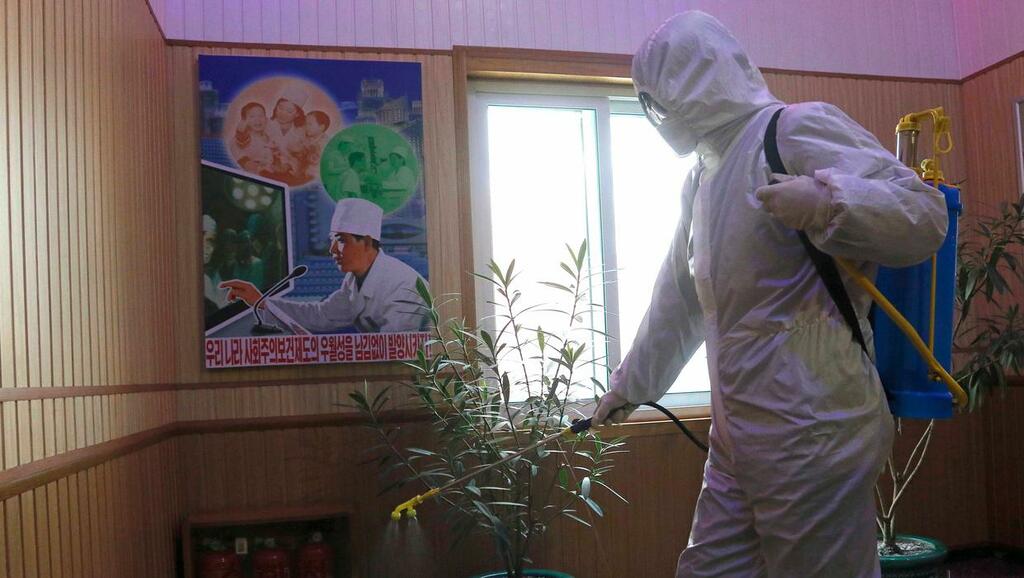 Kim Jong Un ordered ‘all cities and counties across the country to thoroughly lockdown their areas,' so as to ‘completely…