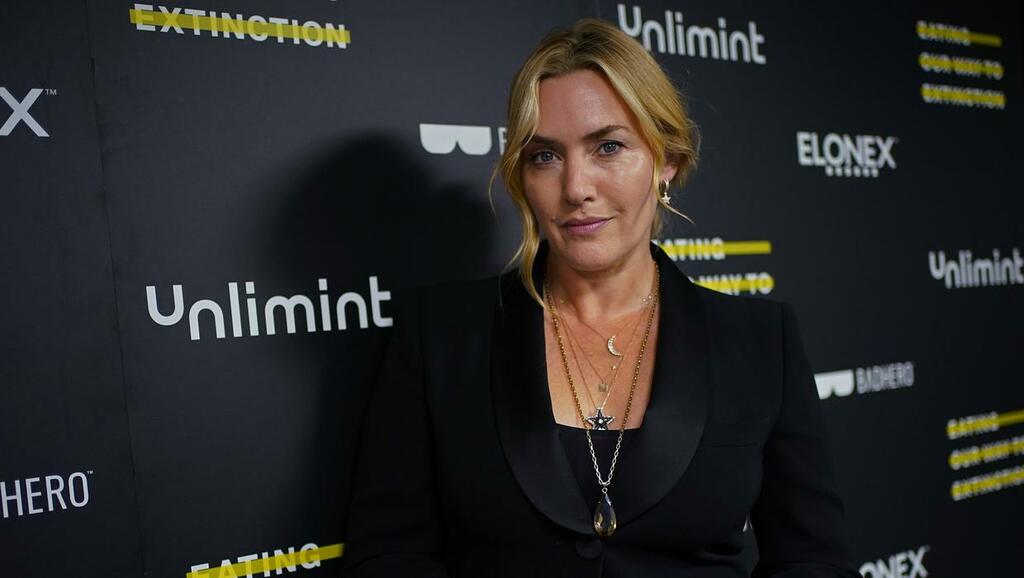 Kate Winslet brought Hollywood glamour to the premiere of environmental documentary Eating Our Way To Extinction.

The Academy Award winning actress, 45, serves as narrator and executive producer for the film exploring the “ecological collapse” of the planet.

The Reading-born star wore a chic black suit and a collection of necklaces and heavy pendants as she posed for the cameras.

She was joined by co-directors Ludo and Otto Brockway at the Odeon Leicester Square in central London on Wednesday evening.

Eating Our Way To Extinction takes viewers on a journey around the world, from the Amazon rainforests to the Taiwanese mountains, Mongolian desert, US dust bowl, Norwegian fjords and Scottish coastlines, through testimonials, accounts from indigenous people and the words of scientists.

It creators describe it as a “must-watch documentary for anyone interested in the future of our planet, and for those who want to gain a further understanding of the true cost of what we eat”.

Among those featured in the film are former United Nations special rapporteur Professor Olivier de Schutter, head of the polar ocean physics group at the University of Cambridge Professor Peter Wadhams, and author and economic and political advisor Jeremy Rifkin.

Eating Our Way To Extinction is available for digital download in autumn.