By By Rob Gillies, Associated Press 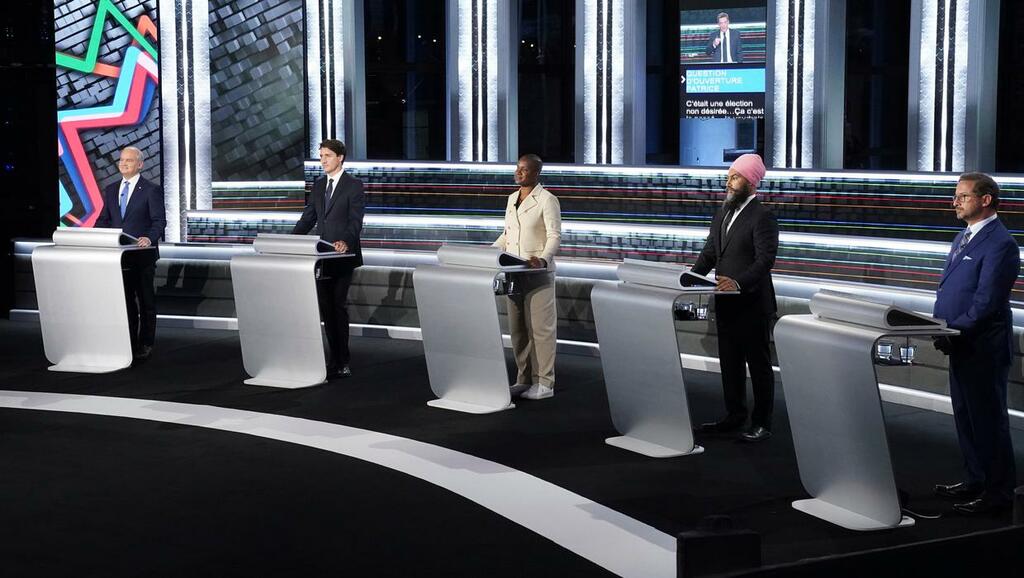 The leaders of Canada’s opposition parties criticised prime minister Justin Trudeau for calling parliamentary elections during a pandemic, speaking during their second debate of the campaign.

Mr Trudeau called the vote last month hoping to win a majority of seats in Parliament, but polls indicate his Liberal party could lose power to the Conservatives in the September 20 election.

“Why did you call an election, Mr Trudeau, in the middle of the pandemic,” Conservative leader Erin O’Toole said during the French-language debate.

“Canadians need to have a say how we get out of this,” Mr Trudeau responded.

Mr Trudeau had wanted to capitalise on the fact that Canada is now one of the most fully vaccinated countries in the world, with more than 77% of Canadians 12 years and older having had the coronavirus jabs.

“We invested enough money to put us at the top of the list in the world,” Mr Trudeau said in French.

“The only reason you called an election was a selfish reason, to obtain more power,” Jagmeet Singh, leader of the leftist New Democrat party, said to Mr Trudeau.

Mr Singh’s party propped up Mr Trudeau’s Liberal party on most issues during the last sessions of Parliament.

The Liberals did not have a majority of seats in the House of Commons and had to rely on Mr Singh’s party to pass legislation.

A spirited Mr Trudeau defended his identity as a Quebecer in a heated exchange with the Bloc Quebecois’ Yves-François Blanchet, who leads a party that believes Quebec should be its own nation separate from Canada.

Mr Blanchet asked Mr Trudeau why he feels he can tell Quebec what to do and think.

“I am a Quebecer,” Mr Trudeau said.

“I am proud of being a Quebecer.

“You do not have the unanimity on Quebec.”

“That was the most dramatic moment of the debate and probably the one during which Mr Trudeau shined the most.

“His plea was passionate and he seemed genuine and credible,” Mr Beland said.

“It might help Trudeau in Quebec and perhaps beyond.

“If he can offer a similar performance tomorrow evening in the English-language debate, this could help shape the course of the last stretch of the campaign.

“The pressure on O’Toole will be enormous to deliver a stronger performance.”

Mr Trudeau, the son of the late Liberal prime minister Pierre Trudeau, became the second youngest prime minister in Canadian history when he was first elected with a majority of seats in Parliament in 2015 after almost a decade of Conservative Party government.

But there is some fatigue with Mr Trudeau after six years, and scandals combined with high expectations have damaged his image for some Canadians.

He won re-election in 2019 but with less than a majority of the seats.