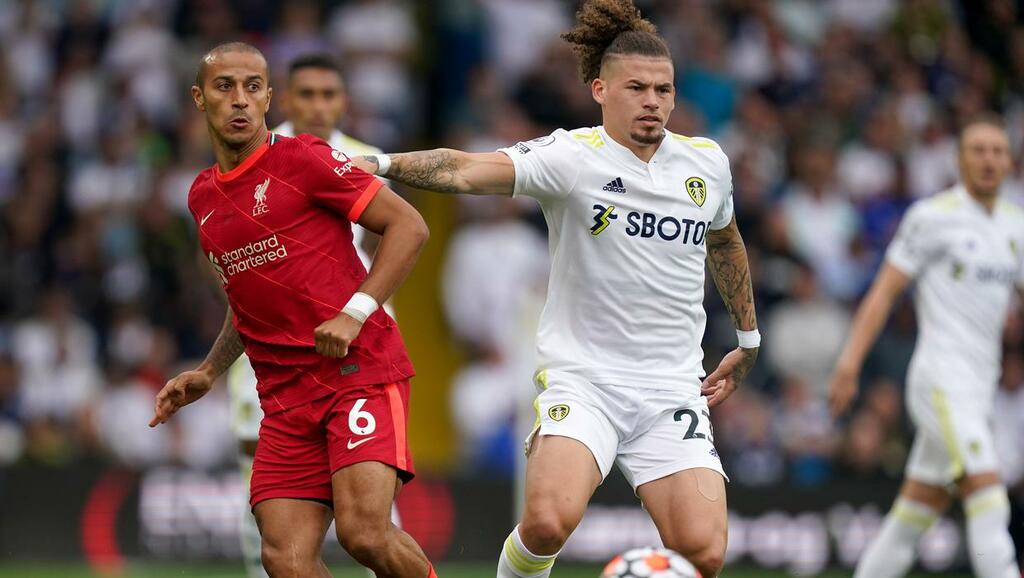 Marcelo Bielsa admitted afterwards that he had been outwitted by Klopp, whose key players were on a different level and beat Leeds at their own high-pressing game.

Klopp said: “First and foremost it is nice to get a compliment from Bielsa.

“We defended them really brave and in the right spaces and the offensive players can get on the ball when you allow that.

“Our idea was to cut out Phillips, which is important, and to cut out the passes they want to play to find him in the centre and that takes out a bit of their game plan.”

Liverpool’s impressive victory was overshadowed by a serious ankle injury sustained by Harvey Elliott in the 60th minute.

I wish you a speedy recovery Harvey, thereâs not rivalry in this kind of situations 🙏🏼 pic.twitter.com/AnlGimoME4

The teenage midfielder badly dislocated his left ankle in an innocuous-looking sliding challenge from Pascal Struijk, who was shown a straight red card by referee Craig Pawson after VAR intervention.

Liverpool later confirmed Elliott had been discharged from Leeds General Infirmary and would undergo surgery to repair the damage.

Klopp’s side rode a brief early storm, with Rodrigo firing straight at goalkeeper Alisson Becker, and soon began to pick the home side apart.

Salah became the fifth-fastest player to score a century of Premier League goals in the 19th minute of his 162nd appearance and Liverpool racked up the chances.

Another special moment for @MoSalah â¨

Fabinho had already put the visitors 2-0 up five minutes after the restart and they went on to seal an impressive display with Mane, guilty of several earlier glaring misses, finally scoring in the closing stages.

Any faint hopes home fans in a sold-out 36,507-crowd had had of their side salvaging a point at 2-0 down vanished after Struijk’s red card.

Klopp added: “We had a lot of moments when we won the ball and set our own attacks, but without intensity it is not possible.

“You cannot play like chess. I liked that we were really ready, it is a really tough place to come and we did really well.”

He said: “The differences between their offensive players and ours and the game today was more linked to the design that Klopp put out, that made his forwards better, and the design I put out didn’t make our forwards better.

“What I’m unsatisfied with is my own performance. Against two of the opponents like Manchester (United) and Liverpool, we were too far away to be able to compete on equal conditions.

“We lost by three goals, against Man Utd by four, and the results were fair. I obviously can’t be satisfied with the way I have managed these games.”

Struijk had been a first-half replacement for injured Spain defender Diego Llorente, who wished Elliott well in his recovery in an Instagram post on Monday, while also confirming his own muscle injury “was nothing serious”.