By By Yuri Kageyama, AP 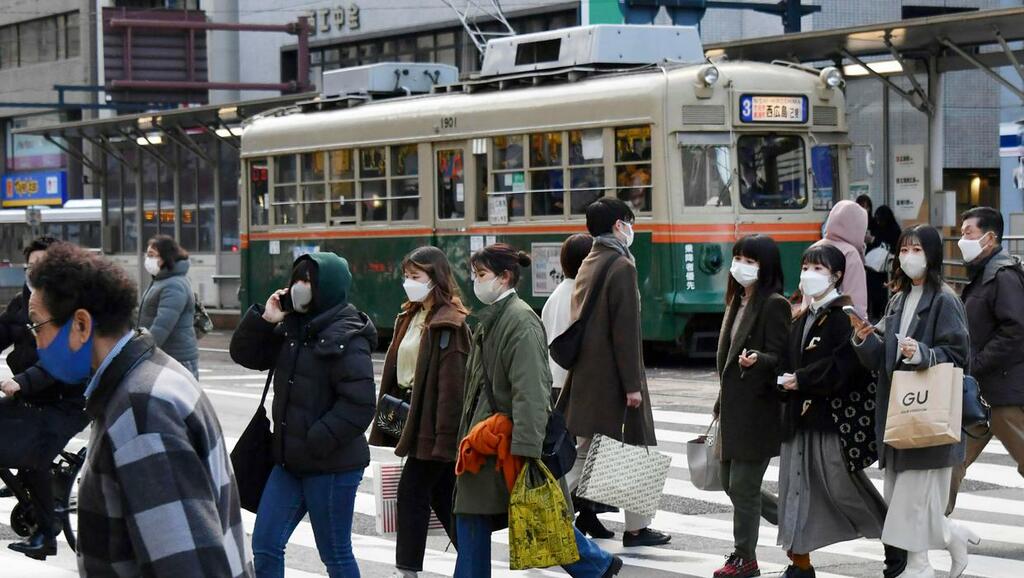 Japan has approved new restrictions to curb a sharp rise in coronavirus cases in the three most affected south-western regions of Okinawa, Yamaguchi and Hiroshima.

Daishiro Yamagiwa, the minister in charge of Covid-19 responses, said at a government panel meeting: “Given the sudden surge in infections, the medical system runs the risk of suffering a heavy burden in the near future.”

The new measures include earlier closing hours for restaurants, a ban on serving alcohol and restrictions on large-scale events.

Details on these measures, which will begin on Sunday and last through to the end of the month, are decided at the local level and will likely vary.

Japan has undergone periods of similar restrictions over the past two years in various areas, including Tokyo. The last order for restricted activity was lifted in September.

This time, the spread of the highly contagious Omicron variant appears to be first hitting prefectures that house the US military.

As many as 1,400 new cases were reported on Friday, up from 981 the previous day, according to Okinawa government officials.

Cases are also rising in Yamaguchi, which houses Iwakuni base, and in nearby Hiroshima, at a faster rate than the rest of Japan.

Worries are growing about a possible surge in hospital cases. Booster jabs, which experts say prevent serious cases, have been given to fewer than 1% of the population, starting with medical professionals.

Most people will likely have to wait more than the six months following the second dose, the period recommended by the US Centres for Disease Control and Prevention.

Year-end and New Year’s holiday travel data showed that people moved around less than during pre-pandemic times but highlighted how people are tiring of staying at home. Shops, bars and streets have recently been jam-packed.

Japan has reported around 18,300 Covid-19-related deaths so far. The government’s latest move intends to send a warning to the public.