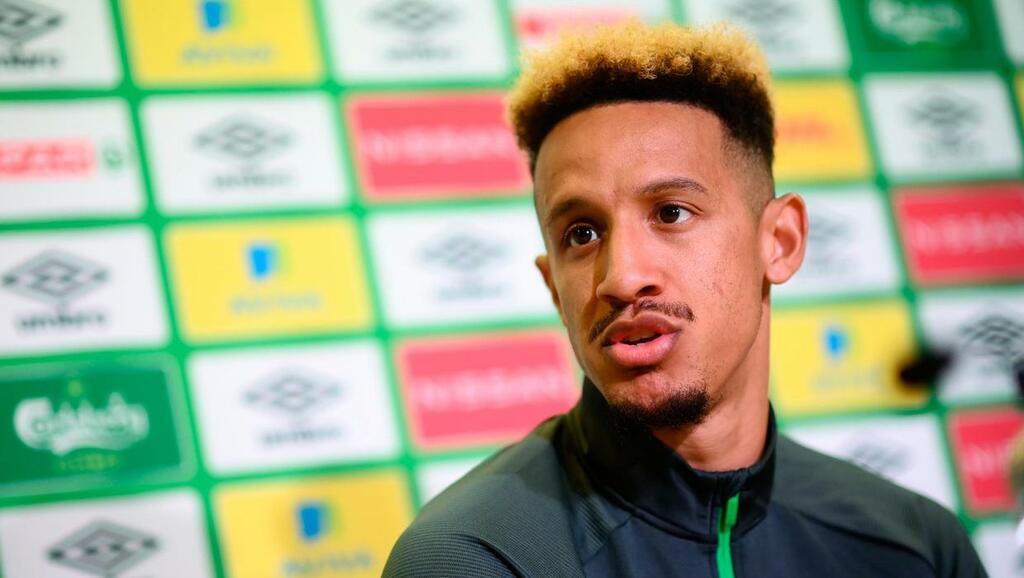 Just as actors marry rock stars, and celebrities hunt for fellow celebs in the dating game, so too those who earn their fame through sport find kindred souls.

Evidenced with MMA fighter Khabib Nurmagomedov and Alex Ferguson’s bromance at Old Trafford last weekend, fame recognises fame across the codes. It’s why Roy Keane picks the brain of Brian Cody for advice on how to manage, or why Shane Lowry and his Claret Jug, or Katie Taylor and her world title belts, visit the hotel of the Irish football team.

No surprise, then, that vaccine scepticism is not unique to just professional footballers. It is deep into sport across the world, where a €400,000-a-week footballer could take the same stance as an amateur from the lowliest inter-county Gaelic football team.

Callum Robinson’s admission earlier this week that, despite being twice struck down by Covid-19, a virus which has forced him to miss eight of the last 11 internationals, he has not been vaccinated, and does not plan to in the immediate future opened up a door to what goes on at professional level in football.

After a debate over the airwaves and social media across the morning, an FAI statement yesterday, issued while Kenny’s squad were mid-flight en route to Baku, said that, while the FAI have “encouraged all players at all levels of the game to be vaccinated,” they must also “respect and accept the right of all individuals to make a personal choice on Covid-19 vaccination”.

That bland statement ignored the fact that the FAI – and its employee Kenny – make a choice on who plays for Ireland.

There is nothing to stop the FAI from having a policy where vaccination is mandatory for international duty.

But it’s not unique to the Irish national teams, or even the game itself. Sport Inc. is suffering from a high level of vaccine scepticism, from outright anti-jab campaigners to those who say they just haven’t got around to it yet. American sports in particular are plagued by the issue.

This generation of elite footballers are the best-paid, best-prepared, best-informed and the most spoiled in history, able to get anything they need – medical, dietary, mental health support, physio – to further their careers and do their jobs. Yet a worryingly high number of footballers are refusing to get the vaccine.

Estimates across the water suggest that only 35pc of Premier League players are fully vaccinated, so the jabbed rate of 75pc in the Ireland U-21 side is slightly encouraging.

In the USA, there is a cohort of athletes across multiple codes who have simply refused to take the vaccine. It’s embedded into team sports, where young men trade what Ireland U-21 boss Jim Crawford last week described as “conspiracy theories”, but present in individual sports too.

Stefanos Tsitsipas, ranked in the top three in world tennis, has no captain at team level telling him what to do, and still made his mind up.

“The vaccine has not been tested enough, it is new, it has some side-effects and I just see no reason for someone in my age group to need to be vaccinated,” he said. Tsitsipas is a very good tennis player. His qualification in virology is not so good.

Team sports are clearly an issue, too with that gaze on the Premier League and its low vaccination rate of players. We have it in this country.

The approach of the reigning champions in the two major field sports is significant. There remains a cloud over Tyrone’s success in the All-Ireland championship because of their handling of the Covid issue, where Tyrone management, players and officials were not initially upfront about how they had dealt with the virus.

Shamrock Rovers, on course to retain their League of Ireland title, are an example to Tyrone and all other outfits in team sport. Last month, Rovers manager Stephen Bradley was remarkably open about their issues with Covid – and the club did have two outbreaks of the virus in their camp.

He freely admitted that, bar one player who was at the time awaiting his second dose, their playing squad and staff were fully vaccinated.

Bradley said that the club could not force players to get the jab, but they were reminded that their ability to do their jobs, essentially their livelihoods depended on it.

The Rovers boss should be commended for his openness, something that’s hard to find in sport.

Only yesterday, Munster rugby coach Graham Rowntree was asked to expand on the vaccination rate in his squad. “It’s not for me to say, it’s not for me to comment on those things. Ask me some more rugby questions please,” he told the media. Rowntree the latest sports coach with an inability to read the room.

Those close to football players and clubs blame a number of factors: time spent by players on social media instead of mainstream media; a sheep mentality at certain clubs where, if the alpha male in the pack is a vaccine sceptic, then other players will just follow; an innate selfishness where players dedicate themselves to their craft without much awareness for the outside world.

It’s a stance in stark contrast to the approach of people like Marcus Rashford, who are able to earn astonishing sums of money and are world-famous yet still manage to have a grasp on reality, or Jurgen Klopp’s take on the issue. We had those breaches of Covid protocols by the senior footballers of Cork, Dublin, Monaghan and Down. Any advantage the managers of those teams felt they gained in training when they did was negated by the public’s horror at the breaches.

There is one way out of this for sports bodies, where serious fines and penalties are imposed on those who refuse. Only days ago, Golden State Warriors player Andrew Wiggins, one of the highest-paid athletes in the US, said he had finally taken the vaccine as he had no choice, his contract in doubt.

“The only options were to get vaccinated or not play in the NBA,” said Wiggins, who also made a point of stating that he is the only member of his family to be vaccinated.

Clubs and sporting bodies have a power over their employees not relevant to individuals like vaccine sceptic Novak Djokovic, who is a lone wolf able to follow his own lead. But clubs and national associations can decide not to let athletes decide whether they undergo surgery or treatment on an injury, or if they get inoculations for trips to a disease-compromised region of the world.

As long as clubs, national associations and other bodies expect players to follow orders on what to do, when to train, what to eat and where to be, but also allow them look to facebook and decide against a Covid vaccine, sport will suffer.