Jim Crawford heaped praise on Ireland U21 strike pair Evan Ferguson and Aaron Connolly.says his Irish side have nothing to fear from the second leg of their Euro playoff against Israel next week.

Ferguson (17) scored his first goal at U21 level, a second-half header which earned Ireland a 1-1 draw to take into the away leg of their playoff against Israel, with the winners of that tie advancing to the Euro 2023 finals, Ferguson the goal hero but Connolly the man of the match.

"Overall I am proud of the players. I thought we were the better team, we created the better chances, it was disappointing to concede when we did, we were on top of the game and it's always hard to take, conceding from a set piece as we work very hard on them," added Crawford, annoyed that an appeal for a penalty, which saw an Israeli defender sent off with 11 minutes to play, was not given.

Ferguson (17) scored his debut goal while Connolly (22) could have had a hat-trick, but Crawford was delighted with the duo, especially the attitude of Connolly who made a case for his recall to the senior panel.

"It was a great finish from Evan, he has been scoring goals like that all week in training and it doesn't surprise me," added Crawford.

"It was a difficult game for him, it took him time to get going but he had moments of pure class and we should be excited by him, he is only 17 and to score for the U21s in such an important game is fantastic, he has a brilliant attitude.

"Aaron was outstanding, we have been questioning about bringing him in but I had no hesitation, once we had those initial conversations and he wanted to come in, he proved to everyone that he adores putting on the green jersey, he went so close to scoring in the first half and again at the end of the game.

"He was a constant thorn in their side, I don't know how long he will be wihit the U21s but if he keeps playing like that he will be back in the senior team.

"He knows well himself it can't be just one performance, he has to carry that on, to reach the top it's not having spells of being a top pro, you have to live being a top pro day in, day out.

"He knows that, he is aware of that, to admit it as he did in an interview, when I saw the interview it got me thinking that we need to make contact and he didn't let anyone down," he added. 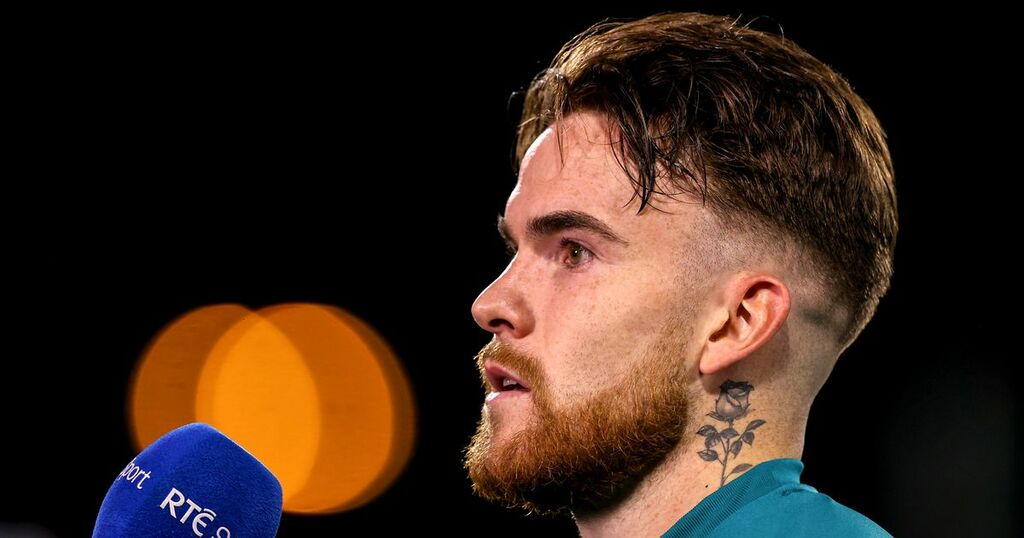 Evan Ferguson’s second-half header secured a draw for Ireland’s U-21s against Israel in their Euro 2023 play-off first-leg. Here is…