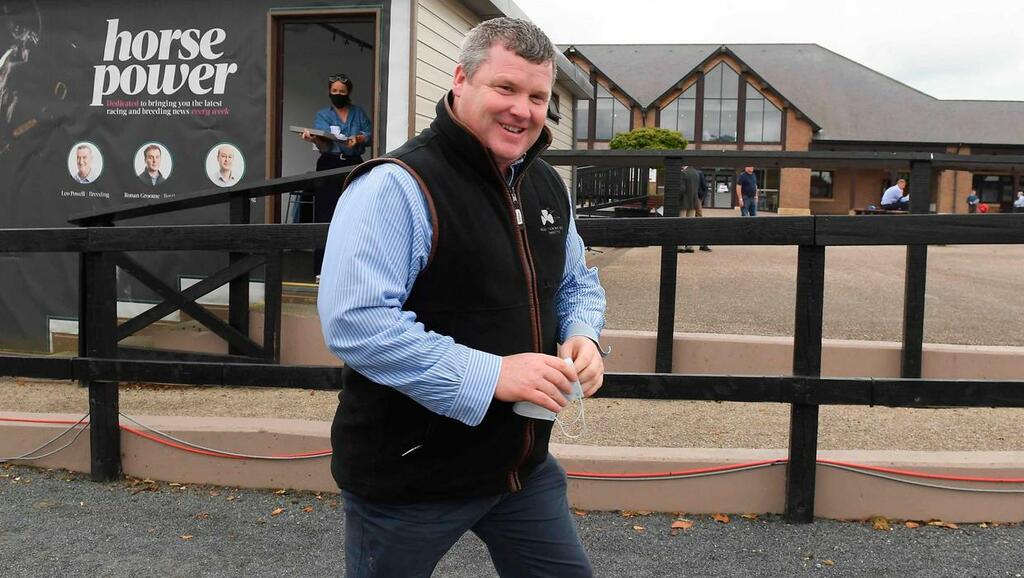 There may not have been a winner on his comeback, but Gordon Elliott insisted that it was "great to be back racing" after watching the first runner of his second coming finish unplaced at Punchestown this afternoon.

Elliott was out of luck with his first runner since returning from a six-month suspension after a tumultuous period which saw the Meath trainer at the centre of a public outcry when an image of him sitting on a dead horse was widely circulated on social media earlier this year.

The 43-year-old served his time out of the sport with Denise Foster taking temporary control of his Cullentra stables, but he was back on a racecourse again today to follow the progress of Oh Purple Reign in the Donate To The Coast To The Curragh Cycle In Honour Of Pat Smullen Handicap at the Kildare track.

Declan McDonogh's mount, which went off 9/2 second favourite, never landed a blow, however, as the four-year-old struggled home in the 12th when beating just two rivals home.

It clearly wasn't the result which Elliott was hoping for, but he was delighted to be back at the races having missed being at the coalface over the past six months.

“It’s great to be back racing and seeing faces that I haven’t seen in a long time. I would have obviously preferred if the horse ran a bit better, but it’s nice to be back," Elliott said.

“I have really missed coming racing over the last few months, so I’m looking forward to getting back into that routine again.”

Elliott is likely to be in attendance again at Sligo tomorrow where the likelihood of a winner looks strong as he saddles a quartet of runners across the jumps card at the Connacht track.