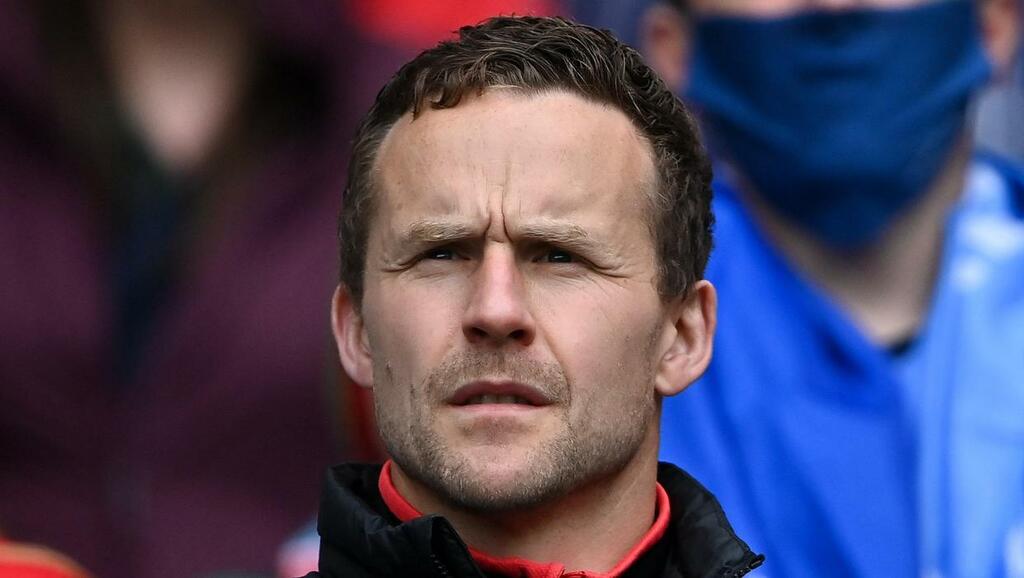 Andy Moran expects both Mayo and Tyrone to be “a tiny bit off” in Saturday’s All-Ireland SFC final, purely because both dressing-rooms know what it’s like to lose a final but neither has yet learned how to win one.

The 2017 Footballer of the Year, who brought the curtain down on his own Mayo career two seasons ago, came tantalising close on numerous occasions without ever getting his hands on Sam Maguire.

And Moran spotted parallels between that painful loss nine years ago and this year’s decider, given that both finalists are chasing something they haven’t previously achieved as a group.

In a nutshell, Mayo aren’t facing Dublin or Kerry.

“It’s quite strange, to be honest,” he admitted, speaking at today’s launch of Ireland Active’s National Fitness Day 2021.

“There’s an eerie silence to it, where I would suggest that a lot of the fans have been here before, we’ve seen the expectation levels, we’re not playing the Dubs or Kerry which brings its own challenges.

“I’d say an awful lot of people would have been happy if Tyrone defeated Kerry – before the semi-final – but then afterwards you have to assess and see where do you beat this Tyrone team? And it’s going to be very difficult.

“Mayo do get excited, but I do think we’ve an awful lot of intelligent football people that support the team as well, and they know the difficulties that lie ahead.

“But is there an advantage for both Mayo and Tyrone, to not face a Dublin or a Kerry in the final? Of course there is, because when you play a Dublin who have won so many titles over the last couple of years, if you’re not at 100pc of your capability you have no chance of winning that game.

“So, there is a difference here going into a final between two teams who have lost finals in the recent past, and both sets of squads who have no All-Ireland medals amongst their squads.

“So, it’s going to be a very interesting final. With the Mayo fans, are we getting carried away? We always do slightly get carried away, let’s be honest, but I would say there’s an expectation but there’s also apprehension about the final as well.”

For all that, Moran believes there is copious scope for improvement from Mayo despite being the team that finally ended Dublin’s marathon reign at the semi-final stage.

“We went up there, we’d no Oisín Mullin, we’d no Cillian O’Connor who were our two All Stars from the 2020 season - and there was still a bit of expectation there,” he pointed out.

“You could see by the crowd coming near the end of the game, if a Mayo team is giving 100pc on the day, I think the fans get excited and get behind the team no matter the result.

“The Dublin performance wasn’t that Mayo team’s best performance – by any stretch – but when the game was in the melting pot with seven or eight minutes left, we kept ourselves in the game and I think the fan element then helped going into the final stretch and going into extra-time.”

The two-time All Star views the four-week gap between that semi-final and Saturday’s decider as both a hindrance and a help to his county – the latter because it has offered injured defenders Mullin and Eoghan McLaughlin a shot at recovery and featuring against Tyrone.

“Me personally I would love the two weeks, because you literally recover; you can cancel that Kerry game straight away if you’re Tyrone and you’re moving onto Mayo,” he explained.

“You’re fresh, you’ve to get one energy session into you in those 13 days where you really need to get up to the pace of it, and then you settle down and get ready for the next game. I’d have loved the short turnaround.

“Are Mayo a better team with Oisín Mullin in their team? You bet they are. Oisín Mullin is our best defender, so if that four weeks gives us the chance to get him ready, the four weeks is a benefit for Mayo all day.”