It is Ronaldo 4.0 - but what version of Cristiano has returned to Man United? 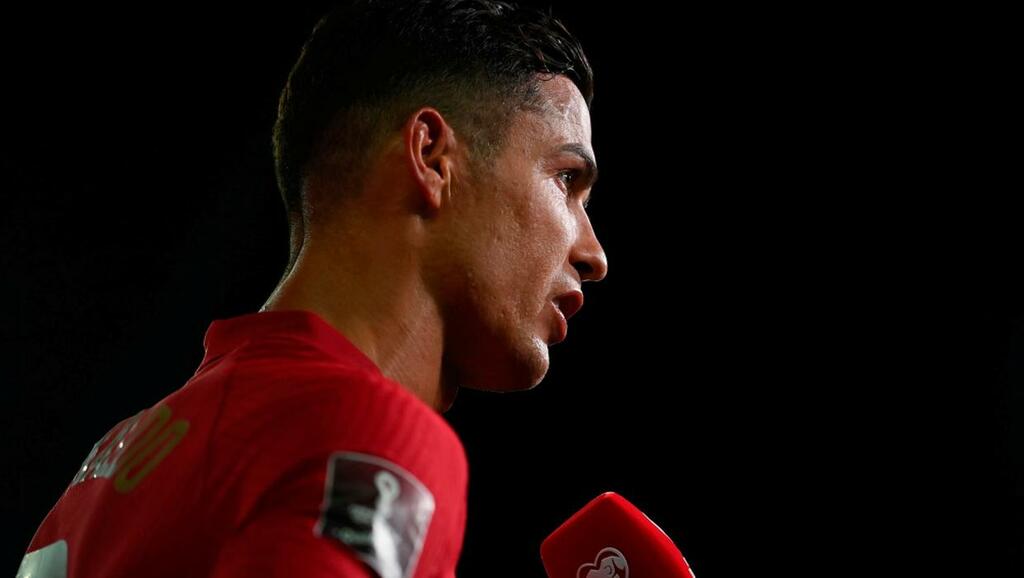 The first time Cristiano Ronaldo touched the ball in a Manchester United shirt, he was crunched from behind by Bolton Wanderers right-back Nicky Hunt. Floppy-haired and spindly legged, Ronaldo fell to the floor with a thud as groans rolled down the Old Trafford stands.

That was as close as Hunt got. By the end of that game in 2003, which United won 4-0, the stepovers, dribbles and flicks were on show and Ronaldo had won over the Stretford End. “It looks like the fans have a new hero,” Alex Ferguson, his manager, said. Not everyone was as convinced. “The jury is still out on Cristiano Ronaldo,” said Alan Hansen, the BBC pundit and former Liverpool player, at the end of Ronaldo’s first season in England.

“The main problem has always been the end product. He has got the tricks and party pieces, we know that, but they are not much good unless there is something at the end of it all.” In his first two seasons at United, Ronaldo scored just 15 goals in 90 matches. He was far more of a winger than a forward, attempting around 10 dribbles per match in his first three campaigns.

There was no questioning the talent, but many observers remained unconvinced. As late as January 2006, the Manchester Evening News ran the following headline: “Ronaldo: class act or show pony?”

From the summer of 2006 onwards, Ronaldo provided an emphatic answer. As his body developed, through nature and his own prodigious hard work, he added a physical power that made him one of the game’s most dynamic players. With bulging biceps and enormous back muscles, the No 7 shirt no longer hung loosely off his shoulders. The development of Ronaldo’s physique led to the first major change in the way he played. Almost overnight, he dramatically reduced the number of dribbles he would attempt, from 9.8 per game in 2005-06 to 6.1 per game in 2006-07. Ronaldo no longer felt compelled to weave around defenders. Instead, he could simply charge through them.

He was now taking more shots per game and, crucially, making better decisions in the final third. Ronaldo’s assist tally that season was a remarkable 22, the second-highest of his entire career, as he and Wayne Rooney combined.

Over the next two seasons, Ronaldo struck 68 goals in 102 appearances and was named Fifa World Player of the Year for 2008. By this point he had added spectacular long-range efforts, including his famed “knuckleball” free-kicks, to his repertoire: in his final two years of his first United spell, he scored 11 league goals from outside the box, compared to nine in the previous four years.

It is hard to overstate the importance of Ronaldo’s sheer athletic prowess.

Rather than creating goals for himself with his skilful dribbling and close ball control, he was now finishing moves created by others because opposition defenders simply could not live with the speed and power of his movement.

Ronaldo did not evolve much in the first year after his world record £80 million move to Real Madrid in 2009. If anything, he became more like a traditional winger again: he attempted 6.52 dribbles per match in his first season in La Liga, the fourth-highest of his career, behind his first three years at Old Trafford.

Even the goal return, while excellent, was not mind-blowing. He scored 33 in all competitions in the 2009-10 season, still some way off his tally of 42 in the 2007-08 season at United. He was not even Madrid’s top scorer in the league, as Gonzalo Higuain struck 27 goals to his 26.

In his first season in Spain, Ronaldo took an average of 72 touches per match in league football. It is a sign of his shifting role, and indeed his changing approach, that this figure declined every year for the next seven years. By the time he left the club, in 2018, it was as low as 46. From 2010 onwards, then, Ronaldo became less involved in general play but more effective and efficient in the final third. From 2010-11 to 2015-16, Ronaldo scored at least 50 club goals in each season.

The ageing process inevitably robbed Ronaldo of some of his explosiveness on the flank, which contributed to him gradually playing more centrally in his final years at Madrid. In his first season in Spain, only three players attempted more dribbles in La Liga. In his last campaign at Madrid, he did not even rank in the top 85 of this metric.

When Ronaldo makes his second United debut, do not expect him to dance down the wing as he did against Bolton 18 years ago. When the ball goes wide, Ronaldo now heads for the box. He should now be considered the ultimate penalty-box player. In the last four seasons, Ronaldo has scored only four league goals from outside the area.

His goals these days are generally headers and close-range finishes, while his creative numbers have declined dramatically. In his three seasons in Italy with Juventus, Ronaldo averaged fewer than two crosses per game in Serie A - compared to 4.91 crosses per match in his final year at United.

The running power, the stepovers, the assists, the dribbles: so many of the key parts of the old Ronaldo’s game have faded away. But he remains one of the world’s elite goalscorers. No player scored more goals in Serie A last season, with Ronaldo netting 29 times in 33 league appearances to show that, for all the changes over the last 18 years, he remains one of the deadliest and most effective attackers in the game. (© Telegraph Media Group Limited 2021)