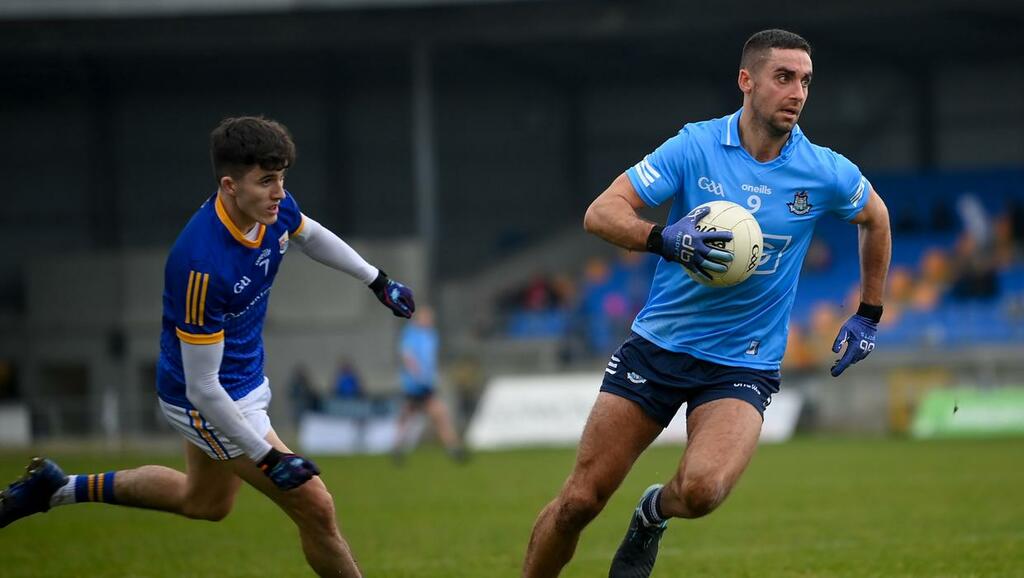 CRUISE control in the midlands, as Dublin’s gradual rehabilitation from the agonies of last August continued with an emphatic victory against Longford.

Men against boys, masters and minnows, call it what you will. The net result is that Dessie Farrell’s fallen champions now advance to an O’Byrne Cup final next Saturday.

In truth, this never resembled a battle of near-equals even during the first quarter. The superior physicality of the winners – either established names or wannabe league panellists – was writ large all over the pitch with barely a handful of home players, notably Andrew Farrell and Darren Gallagher, able to match Dublin in this department.

Billy O’Loughlin later lamented a succession of wides and a couple of goal chances – including an attempted Ross McNerney lob saved by Michael Shiel – that could have narrowed the scoreboard chasm.

Countering that, however, Dublin created even more green flag openings and failed to convert any. James Doran was twice repelled by Paddy Collum in the first half and then, in stoppage time, sub Lorcan O’Dell was denied first by sub ‘keeper Shane Fitzpatrick and then by the crossbar.

But Dublin’s ability to harvest points from multiple sources still ensured the most comfortable of victories … and, not for the first time this month, Ciarán Kilkenny showcased his enduring All-Star class with 0-4 from play, two off either foot.

There has been a noticeable shift in Dublin’s approach to this year’s O’Byrne Cup – an understandable by-product of surrendering Sam Maguire in such calamitous circumstances last season.

While Farrell has used the pre-season competition for delving deep into his options, he has also given game-time to a large cohort of established stars. The ‘Dublin third string’ theme that dominated the latter years of the Jim Gavin era, when the manager wasn’t even officially in charge for those January outings, has been jettisoned.

Instead, for this trip to Glennon Brothers Pearse Park, Farrell went with five of the team that started that ill-fated All-Ireland semi-final: Eoin Murchan, James McCarthy, Kilkenny, Brian Howard and Paddy Small. They were joined by another four who came off the bench against Mayo: Seán MacMahon, Seán Bugler, Tom Lahiff and Aaron Byrne.

This was McCarthy’s first run-out of the year, but a more intriguing call-up was that of Ciarán Archer, making his senior baptism after a famously prolific U20 career in Sky Blue.

Archer had a mixed first half, landing a brace including one excellent effort from play, but this was countered by two deadball misses late in the half and another soon after the restart.

Not that it mattered. By half-time the visitors led by 0-8 to 0-1 – and it could have been worse for Longford, who were indebted to Collum’s sharp reflexes, especially with his second point-blank save from Doran.

Instead, their confidence eroded as the wides soared to seven by the break. Beating the first tackle was a rarity, all of which meant they rarely threatened to get in behind an assured Dublin full-back line.

Meanwhile, further upfield, Murchan, McCarthy and Kilkenny dictated the flow of the contest. Kilkenny kicked an effortless brace off his weaker left while chipping in with two first-half assists.

The only negative for Farrell was an injury for Paddy Small, who had started brightly but then had to be helped off the pitch with a leg injury after 24 minutes.

Dublin’s lead had stretched to nine by the second water break, this despite an eye-catching brace from distance by midfield totem Gallagher. He was one of only three Longford scorers, however, a stat which spoke volumes.