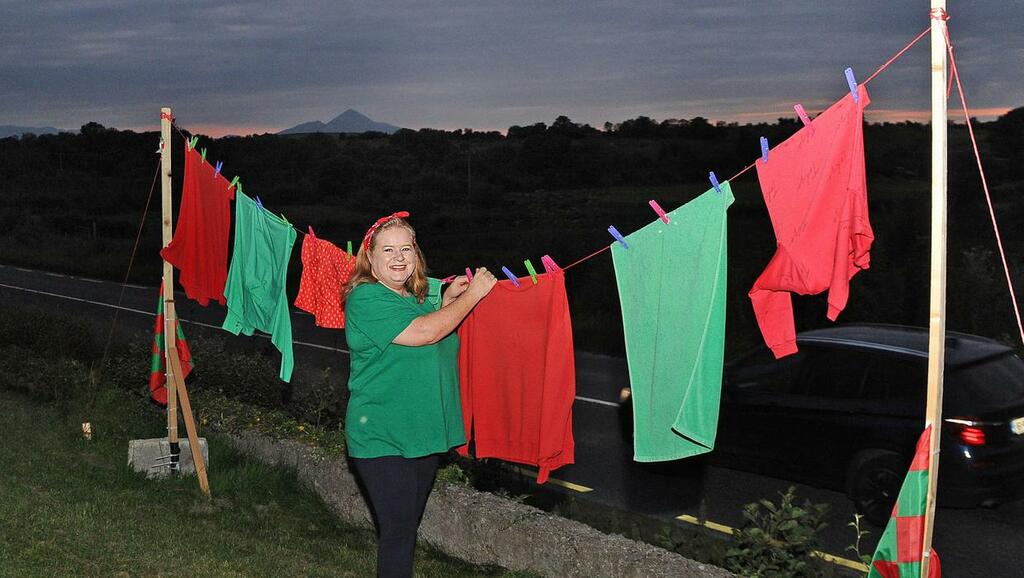 Father Richard Gibbons is not one for entertaining talk of the fabled Mayo curse.

“It is nonsense. It was nonsense from day one and it’s still nonsense,” was his response when asked about the curse just days before the county’s latest attempt to claim the Sam Maguire Cup.

The story goes that a hex was placed on Mayo footballers following their 1951 All-Ireland triumph.

That was the last time the county’s senior footballers came out victorious in an All-Ireland final, a full 70 years ago.

While several variations of the myth abound, the central premise is that a priest, a widow, or a witch cursed the team after they passed through Foxford celebrating their All-Ireland final win while failing to show due respect to a funeral.

Mayo, it was said, was sentenced that day never to win another All-Ireland until all of the team had died.

Fr Gibbons, who last night lit up the Basilica in Knock in green and red, gives the curse theory short shrift.

“It is irritating. It detracts from the skill of the lads and their hard work, diminishing it down to sheer chance or luck,” he said.

“Now, it certainly was a bad run of luck for 70 years, but hopefully that will change on Saturday.

“It will come down to their skill and determination.

“We have seen their skill against Dublin, and we know they are determined, and that is the winning formula. If they stick by that, they should do it. And we’ll be praying in the background.”

Over the past 20 years, the ‘curse of 1951’ has taken wings. Even the former Taoiseach Enda Kenny, a proud Mayo man, was quizzed about it.

“I don’t believe in the curse at all, neither does Paddy Prendergast, and he’s the most iconic figure, and he’s alive and past 100,” Mr Kenny said.

In 2017, research by academic Dr Arlene Crampsie, who took part in the GAA Oral History Project in Mayo, found that not one of the 140-plus participants could provide any information to substantiate the existence of the supposed curse.

“None of the players admitted to it. Nobody who went to the homecoming remembers it,” Dr Crampsie told the Irish Independent.

“Nobody remembers hearing about it until the 1990s, and only in a sustained way since 2010.

“Not one of the interviewees I spoke to from 2009 to 2011 brought it up voluntarily, nor did they offer it as an option when asked specifically why Mayo has struggled to win.”

One man present at a talk given by Dr Crampsie told the academic that a priest had searched church records in Foxford and found no funeral took place in the town on that day in 1951.

Fr Padraig Costello, the parish priest of Foxford, told the Irish Independent he has gone back and checked the funeral records several times over the years, and none exist from 1949 to 1952.

“In 2016, I was plagued with calls about it,” he said. “I certainly couldn’t imagine any priest being able to put a curse on anyone.

“Of course, you can pray for a blessing for a player to play to the best of their ability, but I couldn’t see the other side of that. Certainly, the Lord I believe in wouldn’t answer a request like that.”